The meme that makes you all think twice about me

- March 28, 2010
Over at Mediocre Mum I've been tagged in meme.... Now I don't want you thinking that just because I am doing this meme quicker than some of the others that I have been tagged in that my mind is in the gutter or that I love Mediocre Mum more than you because it just isn't true.

What is true though is that I can name five fictional characters that I would like to erm... be friends with without having to think about it. I can actually name ten. You know that game where you are allowed to have guilt free erm friendship with a list of fantasy people if they should ever come knocking at the door? Yeah, I also play the what about if you were a fictional character game too. 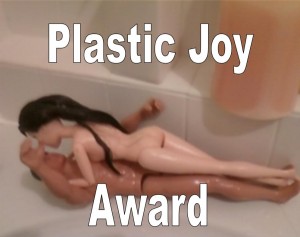 So in reverse order like they do in posh awards (which you can totally nominate me for if you wanted to);

5. Handy Manny and Bob The Builder

Why Handy Manny? Well not because he thinks that talking tools (No real tools like Hammers and stuff not *his* tool) is normal, or because he has a robot dog. Not because he speaks Spanish and English, can play the guitar or because he never pays for anything or is ever paid for jobs. Actually it is just to mess with Kelly who obviously has a thing for him. In fact to really mess with her I would ask Elliot (her brother) if he wanted to join us. The Tools would not be invited.

And its pretty much the same story with Bob the Builder. Well he does invoice people at least (as he always has a lot of paperwork in his office) it would just really make Wendy jealous. Instead of asking her brother (does she have a brother?) I would ask Bob's twin brother Tom to join us. Again the talking machinery wouldn't be invited. Nor would Spud or Pilchard, but maybe their Dad as he is quite sweet.

4.Severus Snape and Gregory House. I have a thing for men with long hair. And for men who are magic. And for Alan Rickman look-a-likes. And for men that are mean. That is why I also like House. Also he is clever.

3. Mr Tumble. Technically I would want it to be Justin but as we can't have real people it shall have to be him. I just want to be taught how to sign rude words.


2. The Wiggles. Yes all of them. Actually not Jeff because he falls asleep all the time and getting friendly with someone who was snoring just wouldn't be fun. Oh and Captain Feathersword would be included, but Henry, Wags and Dorothy wouldn't. I can hear you all sneering, but think about it, have you seen them live? They are an energetic bunch and dead friendly and once when we went to see them Anthony was so giving me the eye.

I know I am only encouraging him by talking about him again (if you don't know what I am talking about look and see how I have a TV Stalker) but I am thinking that maybe he isn't so bad after all... I mean look at that face with the puppy dog eyes and the little grin and the fur. And he has his own house. 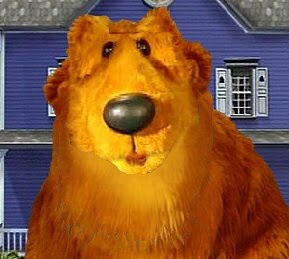 And he has made such an effort to follow me around, he tracks my movements during the day and then talks about me in code in his TV programme. I guess that a little reward for him wouldn't go amiss now would it!

And now here are some taggings!

Super Single Mum (how many Twilight characters are there?)
Ramblings of a Mum on the run
Cherished by me
Whos The Mummy
Snaffles Mummy

And because I am naughty and can't count Single Mummy
So rules are name Five Fictional Characters you would get friendly with and tag five people. Just don't list the actors, as that is a different meme altogether!
Meme