- March 08, 2010
Whilst watching Grease Top Ender made a comment that you can rely on your Dad and your Brother (After Frenchy told Sandy you can only rely on your Dad), but that they wouldn't know that as they didn't have a brother but she did.

"He use to be a Baby Brother, but now he is a Toddler Brother" she said
"Well he will always be your Baby Brother, because he is younger. Although he won't like it if you call him that in front of his mates." I answered
"He won't be cool you know!" she laughed
"Pardon?"
"Baby Boy won't be cool when he's older." she stated
"Oh. Why not?" I asked
"Because I don't like cool and I am helping to raise him." she stated.

That's me told then. 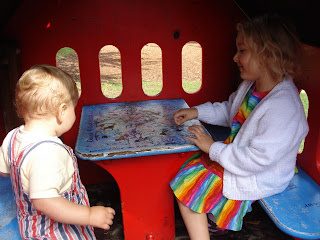