- July 29, 2010
At the moment in Milton Keynes there is a fantastical carousel, which is quite unlike any carousel I have ever seen before. For a start the carousel is square and instead of horses to ride on, there are mechanical creatures such as buffalo, fish and insects that are operated by the people riding on them! 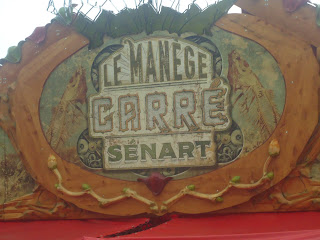 When Daddy first heard about the Manege Carre Senart coming to Milton Keynes as part of the Milton Keynes International Festival, he sent me the link so that I could see the carousel as he knew that I would have to see it to believe it. Since it opened for business on the 16th July, we have been up to see the Carousel a couple of times and finally we got our chance to go last night and to have a ride.

The carousel is huge, it is said in the information that it is as tall as a house and it is just as impressive. The whole structure is decorated, with the metal work on the roof in the shapes of Snails and Frogs and other creatures. 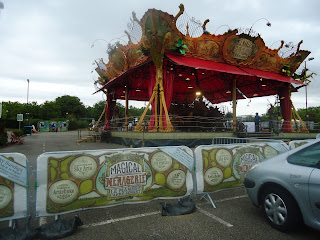 The outer ring of the Carousel are one seater creatures and they travel in a clockwise direction and as you can see are fairly large in size! 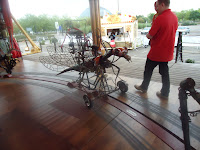 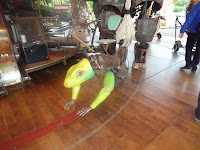 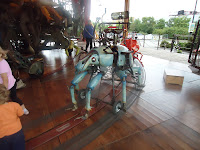 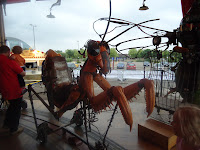 The inner ring are larger multiple rider creatures which travel in a anticlockwise direction. If you have a child under seven who wants to ride, then this is where you should head as children under seven have to be accompanied by an adult. 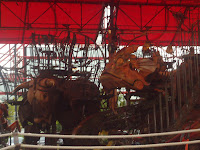 We were really lucky that we got to ride the entire Carousel by ourselves and Top Ender chose for us to go on a Buffalo in the centre. We climbed up wooden steps to sit upon the top of the mechanical creature, where five separate seats with seat belts were waiting for us. 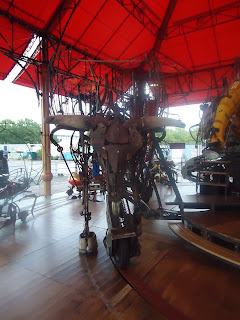 We seated Top Ender and Baby Boy in the front and Daddy and I took two of the rear seats and started to look round at the various levers and handles that were around us (and between our legs!). Top Ender was in heaven and Baby Boy were in heaven with the noise and the movement and loved every second. 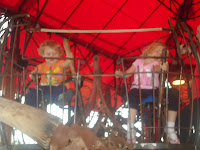 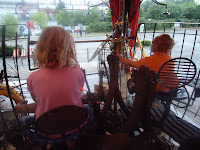 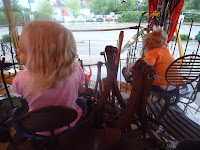 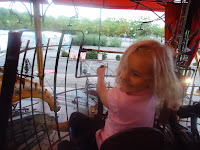 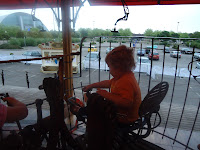 As soon as Top Ender got off the ride she asked if we could go back on, we explained that the Carousel will be in Milton Keynes (just outside The Point) until the 8th August and so we would have plenty of time to go back and have another ride and time to save up!

The Carousel is open from 12 noon until 8pm (but not at all on the 2nd August). If you book in advance Weekday tickets cost £10 for a family of four (£12 if you just turn up) and at weekends booked in advanced tickets cost £14 (or £16 if you just turn up). The ride itself lasts for around five minutes, but the happy feeling you get from riding will last for a lot longer!
Family Life Paid Day Out
Location: Milton Keynes, UK