Who is The Stig?

- August 24, 2010
Some say that The Stig might be Michael Schumacher or Ben Collins or Julian Bailey but I say that rumours are all that they are and all they should ever be! 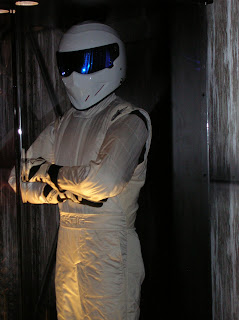 To those of us who watch Top Gear (and I believe it to be quite a lot around 7 Million tune in via TV, or the Web) The Stig is a mystery that not even Scooby and the Gang would unmask (they are fans of Top Gear I am sure) because it is part of the fun of the show. It is the fun of not knowing, the fun of Jezza taking the mickey out of him with his intros, the fun of seeing his "cousins" when the Top Gear team are in different countries, the fun that even the celebs say that they don't know who this man is, the fun of everyone being in the same boat (well car) and just marvelling at the fantastic driving that The Stig does each week.

Top Gear is one of those programmes that isn't just for petrol heads. I'm not a petrol head, in fact if Jeremy Clarkson ever became ruler of The World and declared that we must all be petrol heads, the only thing that would stop me from going to prison would be the obvious positioning of who I would put in the snog category of the three Top Gear presenters in the game "Snog, Marry, Avoid"! 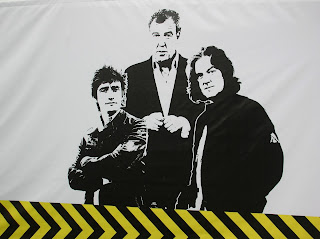 I like to watch Top Gear because of the stupid boy projects that they carry out, I like to watch the laps that the Celebs do, I like to guess what insult is going to be used against James May and then feel sorry for him that everyone is picking on him. I like the guessing of how Richard Hammond is going to have his hair this week, or if his teeth are going to get another mention.

Its because we don't know who The Stig is that we can all build up mythical status for this man (or maybe a woman who knows!) and so I plead to you in the media don't reveal the secret, have a heart and let us keep one hero untainted!

Anyway, we all know that Baby Boy is The Stig. He has a T-Shirt to prove it and I think that this video proves it without a doubt...