- September 05, 2011
Well we had fun last week with the first Caption It Monday! I can't believe the amount of you who emailed me with some rather risqué comments and yes thank you the pants were rather fetching and to those of you who asked they were Dr Pepper pants... Anyway here is a picture of Top Ender to caption this week! 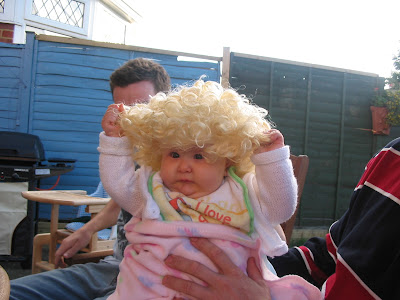 Don't forget I will list and link to the best comments next week for this photo and now on to the caption winners for last weeks Caption It Monday!

Something had gone awry with the fake tan. from Sally

And after 4 hours of hard slog, super mom finally defeated the housework! from Nicola

As usual, Pips forgets just where her underwear belongs... from Vic

"Phew, they do chaff less on the outside" from Nicki


Thanks for joining in and I can't wait to see what you come up with this week!
Meme