We received an Hitachi Touro Mobile Pro external hard disk to review, which came with a free Hitachi Backup account.

In the "good old days", when photographs came from film and film came from the chemist, you were probably as selective as us when it came to taking a photograph. Nowadays, with the advent of digital photography, you probably take 4 digital shots for every 1 you would have taken on film. And why not. 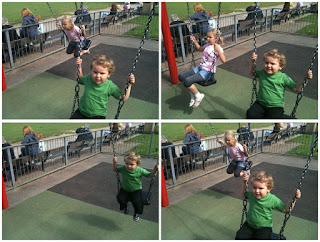 Unlike photographs, which you might put in a frame or an album, you probably tend to store your digital photos on your computer. In fact, talking to Mummy, we worked out that - with the exception of a few documents - photo's make up the largest, irreplaceable, part of the data on our computer. Software and applications can be reinstalled, emails and blogs are all stored online - but our photos are not.

So, when Hitachi asked us to review their Touro Mobile Pro hard disk, and the "cloud" environment Hitachi Backup, we decided it was a good opportunity to make sure our treasured memories were in a safe place.

The two products are quite different, so I'll give you the rundown on what they do separately:

The Touro Mobile Pro hard disk is an external disk - it's about the third the size of a paperback book and half the thickness. It also weighs very little indeed, so it's ideal for portability on both fronts. It comes with a single (sadly proprietary on one end, so don't lose it!) USB cable - which when connected to your computer supplies both data and power. It's a USB3 device - which means it meets the latest speed standards. USB3 is not found in many computers yet, so fortunately it is backwardly compatible with earlier USB revisions - albeit the data won't transfer quite so fast. The drive has 500Gb capacity - that's half a terabyte - not a huge amount of space in comparison to most internal disks, but certainly big enough for backups. Mummy and I have both had digital cameras for nearly 9 years, and more recently digital video cameras too, but a quick count of all the photos and videos we've taken in that time only came to 245Gb, so after backing it all up to the Touro Mobile Pro, we haven't even used 50%.

Installing it was easy - just plug it into a spare USB socket and it immediately appeared as a new drive. It's virtually silent in operation, and even after a few hours use, it barely registers any heat.

We found, rather than using any specific Backup software, it was just as easy to create a couple of folders - "Mummy's Photos" and "Daddy's Photos" - and then copy our folders of photos and videos into those. It took about an hour to copy the whole lot the first time, and we've set ourselves monthly calendar reminders to remember to keep the backup up to date. We're storing the disk away from home, and to be extra secure we don't delete the photos from our camera memory cards until we're sure it's on both the main PC and the Touro Mobile Pro.

Now, onto the Hitachi Backup service.

As a blogger who works from a number of devices - main PC, laptop, tablet, smartphone (and sometimes all of these at the same time!) it is very important for Mummy to be able to access photos, pictures, blog designs, blog ideas, her address book and other documents from wherever she is working.

Hitachi Cloud Backup is one of a number of "cloud based" services that allow you to centralise such data on remote servers, and then access them from multiple devices and locations. To encourage you to sign up, the Hitachi Backup software is included on the Touro Mobile Pro hard disk - you don't have to use Hitachi Backup in order to use the disk BUT you do need an Hitachi disk to allow you to sign up to Hitachi Cloud Backup - it's a service you can only use if you've bought an appropriate disk. 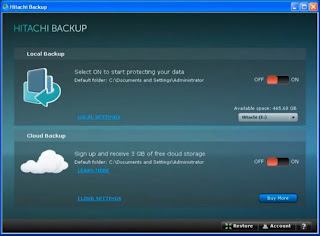 Installing the software was very easy - and I was able to install it on the main PC we all share, along with Mummy's laptop and my PC at work just by connecting the Touro Mobile Pro disk and running the installation. After signing up for an account, each of the locations appears as a separate folder.

I was able to configure the software to only backup certain folders - we have over 2 terabytes of data between these three computers which is far too much for the Backup service to hold - narrowing it down to just a few important document locations, and files we are working on right now (what we might call "work in progress") in as easy as a few clicks. Just as easy was telling it when to backup - instantly a file changes, or by a schedule. I set it to instantly, so I knew that once I'd worked on a document, it would straight away be accessible from my other devices.

There was no noticeable decrease in the speed of my computer whilst running the backup software, and as we have the luxury of a fast internet connection it took very little time to synchronise the folders we had selected to include.

A few other niceties - you can also access your files through a web browser, making for true usability on any internet connected device; it keeps at least 10 versions of the file (or up to 100 if you change a setting), so even if you delete or change the file you can always get the original back; you can select individual files to "share" with people - it will generate an email allowing your guest a one-time download of a file of your choice; there is an iPad and iPhone app available (with a caveat - see below). 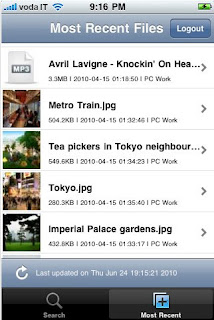 Whilst we chose to use the Touro Mobile Pro drive and the Cloud Backup seperately, you can just as easily set them to backup the same files in the Hitachi Backup software - effectively giving you the files on disk when you're working away from home on your laptop, and the same files online if you choose to work from an internet cafe or your mobile phone.

The basic Hitachi Cloud Backup service offers 3Gb of storage for free. You can increase this to 250Gb for $49 a year (approx £30). It is a shame you can't have more than 250Gb - our photos alone would fill this in one go. You also need to be on the paid plan in order to get the aforementioned iPad and iPhone application.

As an online environment allowing us to move, share and synchronise files, Hitachi Cloud Backup comes well recommended. Likewise the Touro Mobile Pro is a fast, efficient and generously sized drive ideal for people on the go.
Review