- September 19, 2011
In my Mind four weeks is a month, I know that this isn't strictly true but seeing as this is Week Four of Caption It Monday! Then I'm quite pleased. I think that the picture #3 which was of Daddy last week had you all a little puzzled as there weren't half as many abusive captions as I thought that you could come up with, or maybe I'm just more practised at abusing him?! Well, you get another go with this weeks picture and not only does the caption winner get some linky love, but they will also win a prize thanks to Carte Blanche Greetings (UK only). That's right real prizes this week! 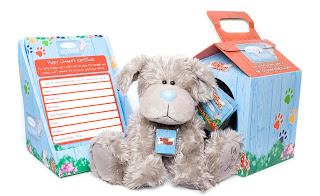 You see a week on Thursday it will be my Tenth wedding anniversary. That's right, Daddy and I will have been married for Ten years and so this adorable little puppy will be given with love to my best friend... and then stolen back so I can keep him forever and ever because he is just so darn cute and soft. So keeping with the wedding anniversary theme here is the picture to caption... 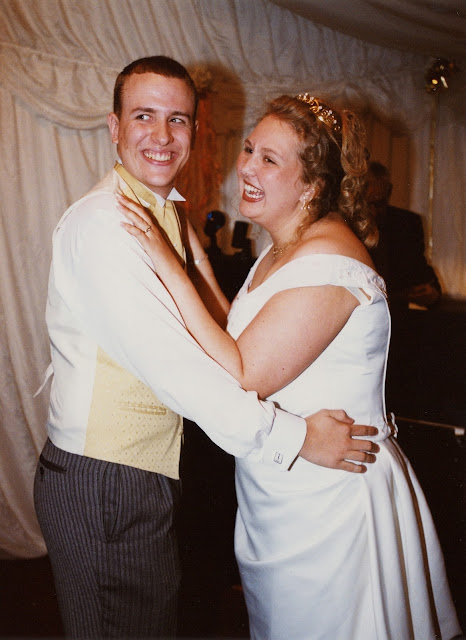 As usual the caption that makes me laugh the most will be the winner and I will announce it next Monday, also look out for a review of Tatty Puppy in the next couple of days here.

And here is last week's offering. 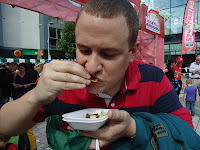 "Hmm, I think I like these grubs, I will have to make sure that we get out in the garden and collect our own" from Jen

"Is this what they mean by French Nouvelle Cuisine?" from my news filtering friend Chrissie