Tilda Mummy and Me Cookery School


A few weeks back Top Ender and I were invited down to Waitrose Cookery School to take part in a Tilda Mummy and Me cookery School. I was quite excited as Top Ender has only recently discovered that she likes rice, but was pretty certain that she only like plain white boiled rice and trying to get her to try other types of rice was proving near impossible. We made our way to London and found the Waitrose Cookery School in good time, even managing to squeeze in our little radio slot on BBC Three Counties Radio before the cookery session began. Top Ender was immediately drawn to the breakfast pastries put out for the attendees of the event and the fresh fruit juice and not just because she wasn't expecting to eat anything she cooked! 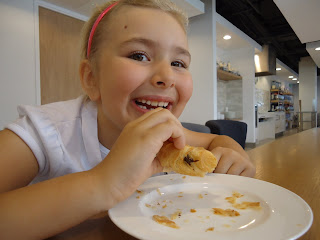 We started the session by going into a rather clever hidden cookery demonstration area. I felt a bit like I was in the audience for some TV programme, but Top Ender quite happily jumped up on to a stool at the front of the room to get the best view she could of the cookery demonstration. 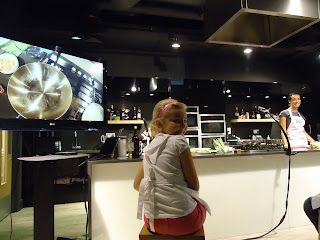 Top Ender watched carefully along with the other children as they were taught how to make a very simple Special Fried Rice. I was actually a little bit in shock over how simple it was. I mean if it is that simple why haven't I made it at home before? We then went through to the kitchen area for the attendees to start creating the first part of our meal. The kitchen's were lovely, everything you could need was to hand with huge piles of shiny pans and smear free lids and I could have quite happily moved in. 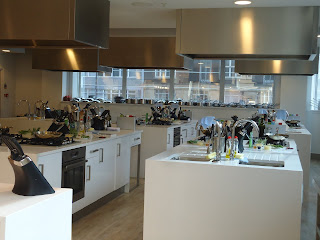 We started cooking and sure enough, Top Ender was excited to have a go or two at the stirring and the chopping and the squishing and everything. In fact she even suggested that she try a piece of sweetcorn before it went into the mixture, which it turned out she liked. What a surprise I thought, but quickly noted that now I can serve it at dinner without complaint from Daddy as 3/4 of the family will eat it! 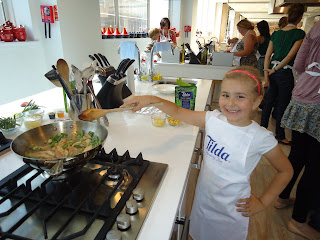 And this is what Top Ender (with a little help from me) made. Doesn't it look delicious? Top Ender actually finished my plate (I wasn't fast enough for her apparently) and she loved the contrast in taste of the honey and the soy sauce, the pineapple and the Green beans and the chicken and the sweetcorn and the egg fried rice. It was great to see her eating the whole meal without picking bits out that she thought she wouldn't like and I loved that she cooked the meal too! 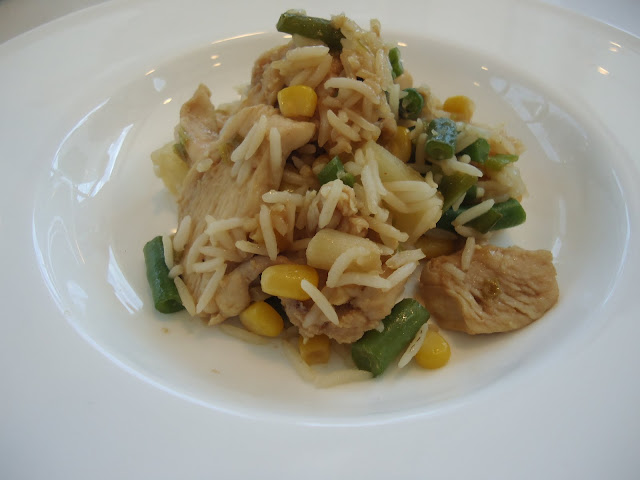 The rice pudding wasn't as big a success, it was made with dark chocolate and so Top Ender didn't like it, but I thought that with the added milk that it tasted okay and we all know what I think about dark chocolate. Top Ender was pleased to make the pudding, but after a few mouthfuls she had had enough and passed her bowl to me. 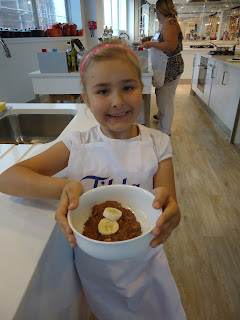 A few weeks later Top Ender made dinner for everyone at home and in true A Mothers Ramblings Video style, here is Top Ender making dinner!


(Video can be seen at http://youtu.be/VIIXBzXQ_jw)


And because I know that you want to cook dinner just like Top Ender and me you can get the Special Egg Fried Rice Recipe here and the Chocolate and Banana Rice Pudding Recipe here!
Food