- September 12, 2011
I have had a few amusing comments passed along to me about Caption It Monday, and a couple of questions. Yes, you can suggest any caption for the photo that you think fits and as long as it isn't too rude, contains swear words or I consider it abuse I will let it stay! Just to confirm too that last week it was Top Ender in the picture and she was about seven months old. We had been for a BBQ at my parents and for some reason the wigs came out. I do have more pictures of other family members in the wigs and I will accept cash donations for not publishing them... I'm hoping that this week's picture will spark a caption in you as it features Daddy! 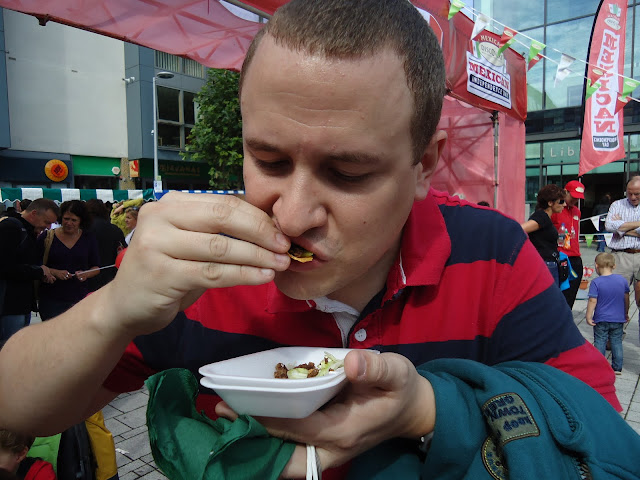 As usual the winner and runners up will get some linky love next week and so here are the winners from last weeks Caption It Monday! 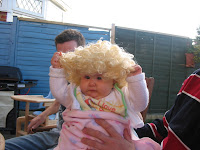 
"*Sings*
#On the good ship, lollipop#" from Nickie

"A rare, early glimpse of Lady Gaga, performing." from Sally

"Darling, shouldn't you have left the cabbage patch kid at home" from Jen


"Mummy, I asked for Marilyn Monroe...not Shaun the Sheep" from Gilly

I shall leave the lovely photo of Daddy in your capable hands.
Meme