My home isn't all that I want it to be.

I mean the carpets aren't what I would have chosen (but there is nothing wrong with them and I can't afford to replace them just because I don't like them).

The central heating was put in after the house was built and so there are pipes all along my walls making it a dust trap.

The kitchen is country style and I'm much more of a stainless steal and shiny black kind of girl.

The bathroom is tiny. And the tiles are horrid. And they aren't put up right.

My bedroom is only half painted.

The garage is falling down and probably has asbestos in the ceiling.

Next door got permission from a former owner to put a waste pipe into our waste pipe at a stupid angle that causes my toilet to block up roughly once every two years.

The garden is over growing and old fashioned.

The last few fence panels at the back of the garden need replacing.

There is a loose floorboard in my bedroom.

The wallpaper in my built in wardrobe is terrible.

There aren't enough sockets in any of the rooms.

There are cracks in the walls and ceilings.

The bathroom is downstairs instead of upstairs.

The driveway is at an angle so steep I'm worried my hand break will give up and one morning I will come down stairs to find my car in my living room.

The light in the hallway is in the wrong place and so doesn't light up the hallway.

No matter how many times I weed there are always more weeds.

Next door don't seem to understand that when they drop rubbish in their garden it will blow into mine. I know it's not mine as nobody in my house drinks alcohol.

My home isn't all that I want it to be and yet it is still my home because home is where ever my family is. 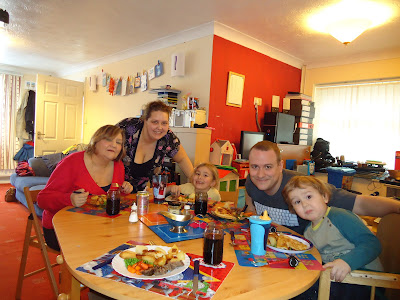