The First Week of February

- February 08, 2015
One of the things I do love about February is that it seems such a short month, especially when it snows as it makes every so excited (and by excited what I mean is over react!). I think that because it is exactly four weeks long, if you blink you've missed a quarter of it and it makes it feel like time is moving along really fast. I didn't even realise the first week of February had passed until I made lunch for the children yesterday and realised it was the 7th and we'd better get a move on as Top Ender had her last ever Brownie Camp to get to! 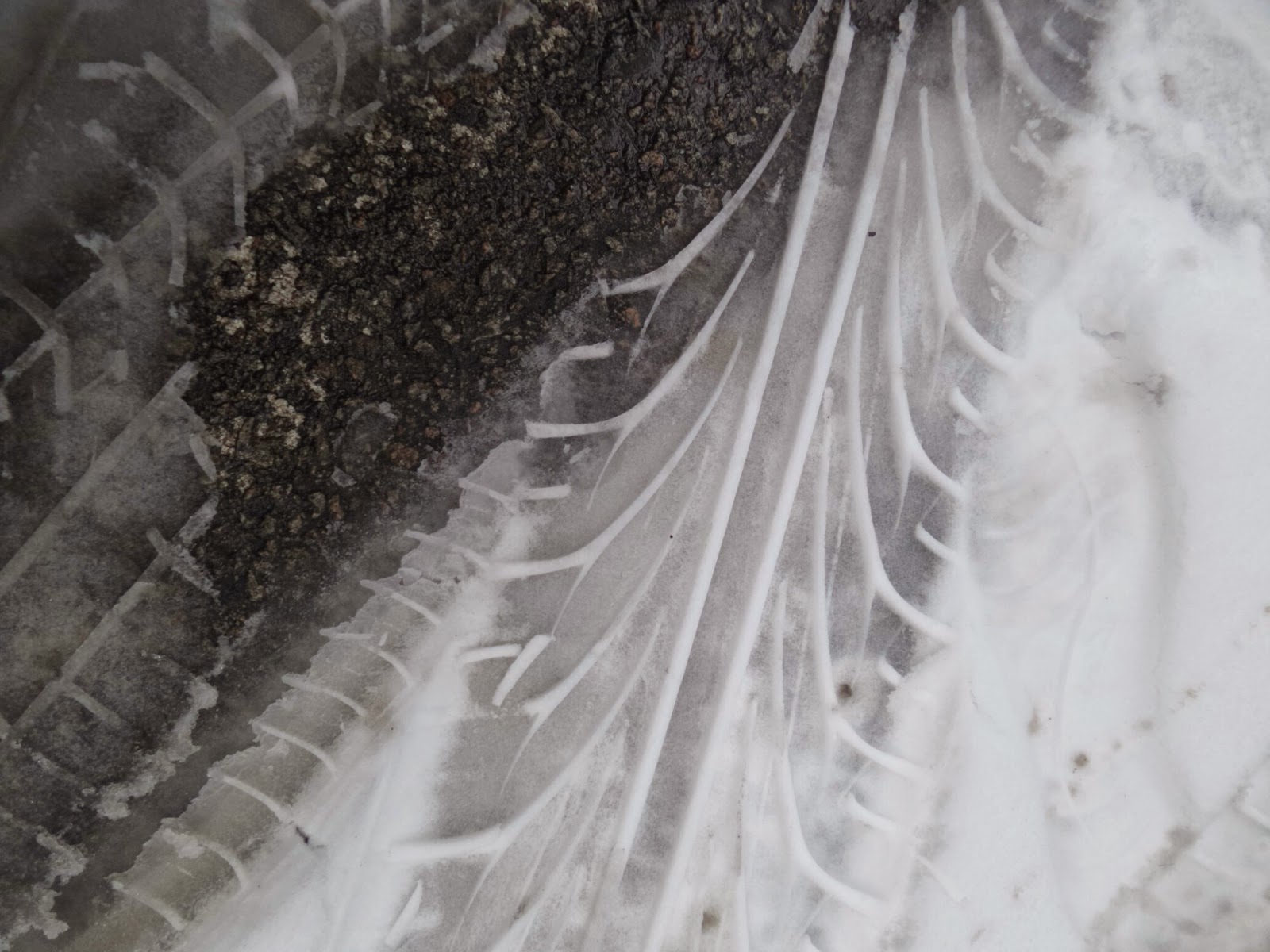 THE FIRST WEEK OF FEBRUARY HAS HAD ME


Saturday started with us doing some bits a s a family. We went to the new Morrisons store that has opened in Milton Keynes, none of us really rated it, and preferred the "new" Sainsbur'ys that is less than half a mile from it and the "old" Morrisons which is about two miles away. Still I suppose that we had to go to find that out and we did find Tiger Paw Bread which I think might be my new favourite thing.

We didn't go for a walk last Sunday and I didn't go to Church. You see Big Boy had a birthday party right in the middle of Stake Conference and as I would have the car, Daddy would have to stay at the party to ensure that BB didn't go low etc as he couldn't go anywhere else and he felt a bit uncomfortable as he didn't know the parent or the child who's birthday it was. So we decided that it would make more sense for me to hang around. It was good, BB needs to feel that he is independent and so having a parent not stay at every party he goes to will hopefully help with that!


Monday was pretty uneventful, until around 10pm when I noticed it snowing. Top Ender was still awake so I told her to look out the window and she said a quick prayer that the snow would still be there in the morning. Sure enough come Tuesday morning, the snow was still there and we got to walk to School pretending we were on snowy trek. 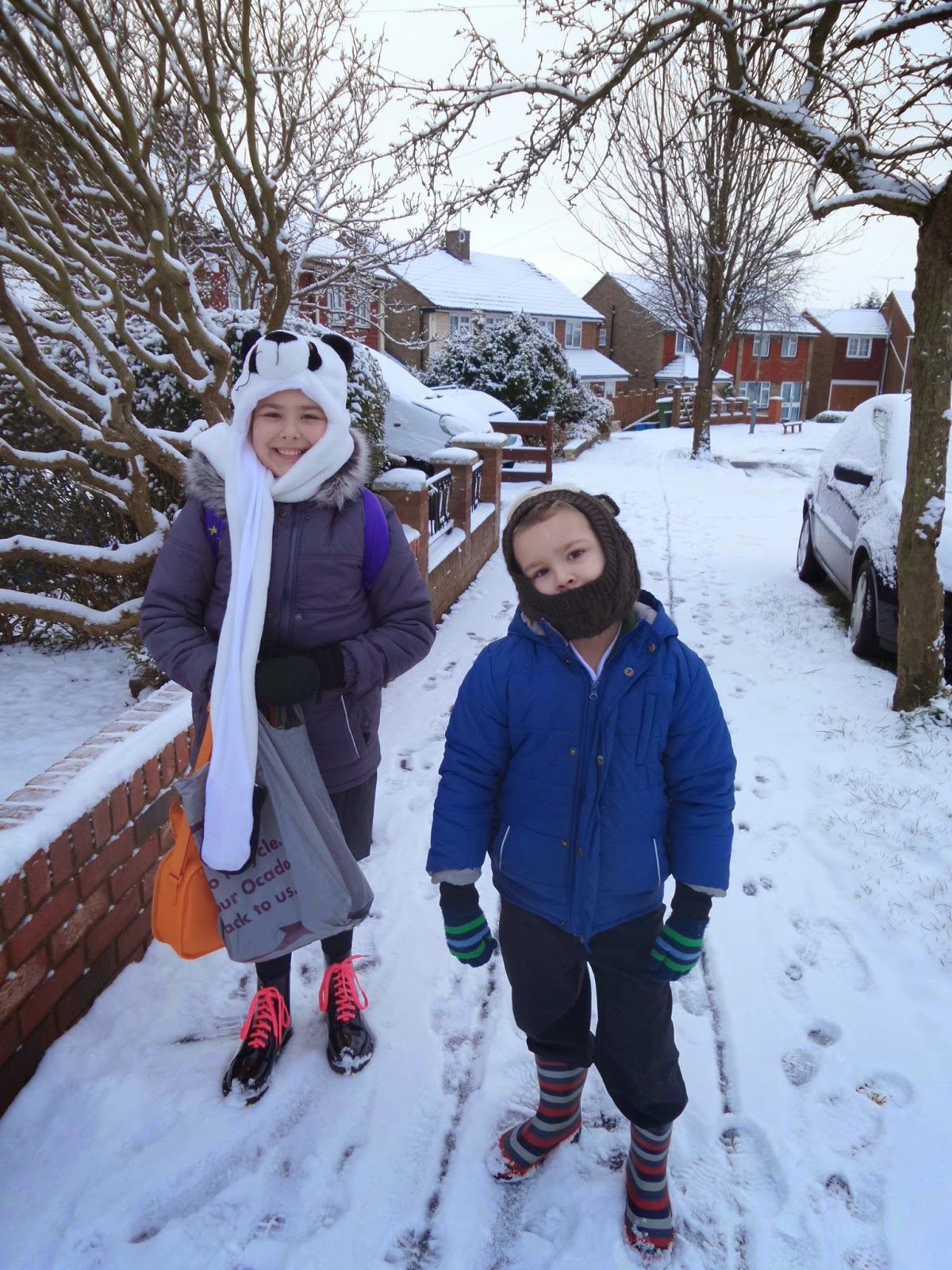 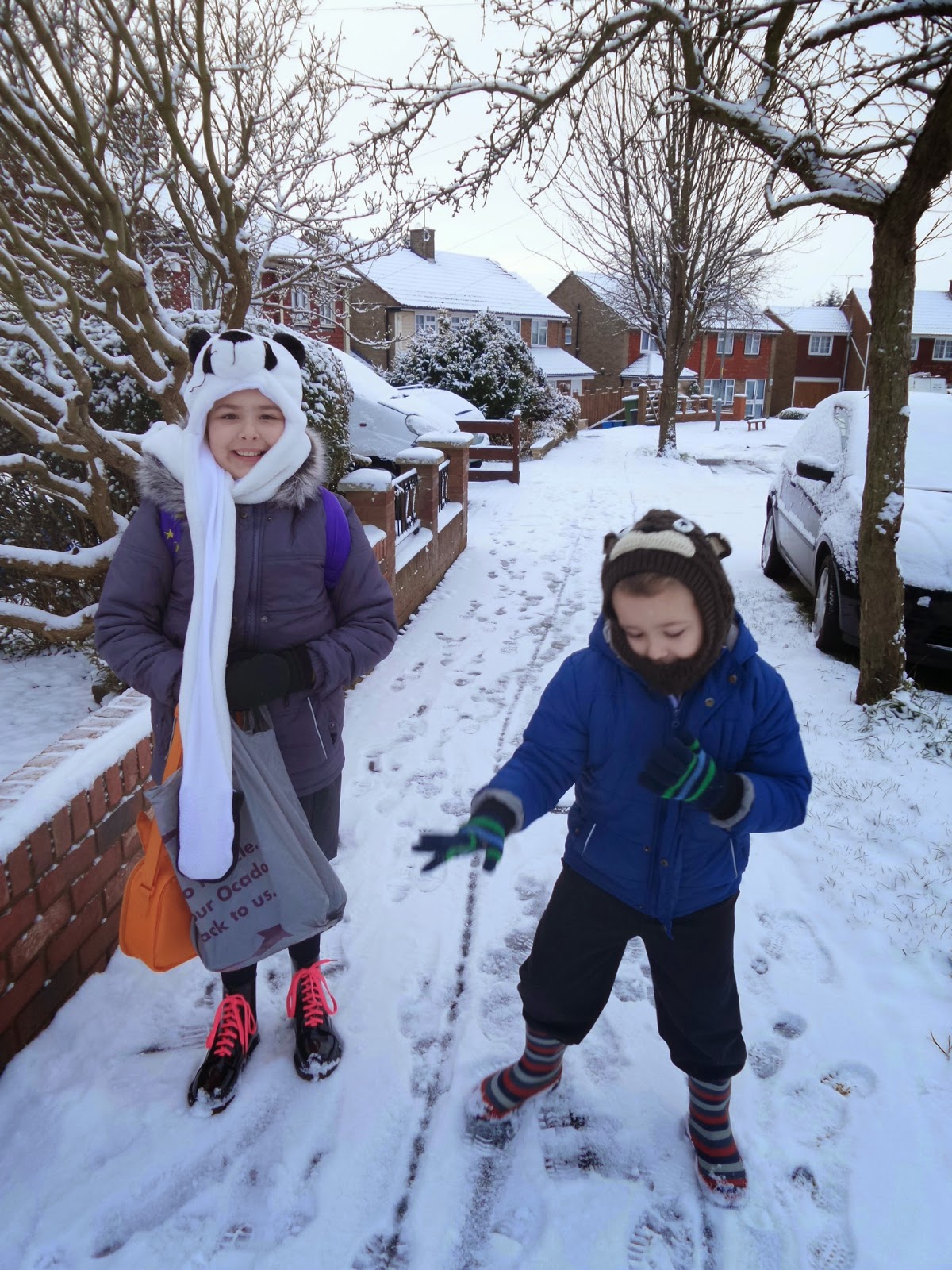 It had of course all melted before the Children were picked up from School that afternoon.

Tuesday also saw Daddy going to the hospital in great pain. Luckily he has some brilliant work colleagues who helped him out and meant I didn't have to worry about cancelling my meeting to drive up to Birmingham to bring him home. After some lovely pain killers from a kindly Doctor and a good nights sleep Daddy was able to face a couple more days at work.

Wednesday morning had Big boy reading both to Top Ender and me, which was so sweet. I also had a chat with my Sister, put a load of washing on, cleaned up the living room, gave the children a cooked breakfast, helped them get washed and dressed and had a chat with Top Ender about the book she was reading and how she found it useful to draw comparisons with history to understand the book and how she thinks it will turn out. 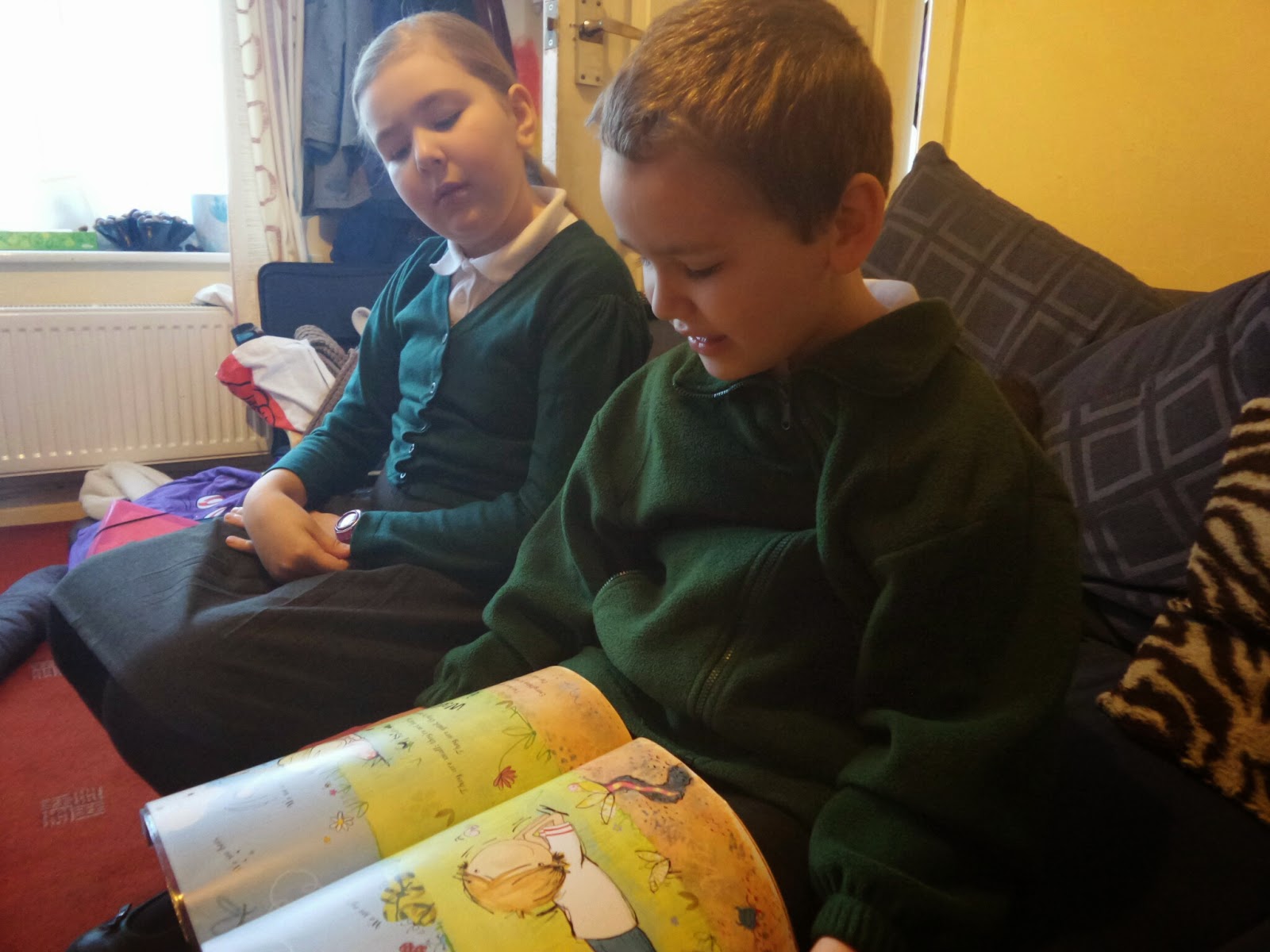 And that was all before the Morning School Run. I'm thinking that Parents are blessed with one amazing morning per term, because we're not going to be able to repeat that morning for quite a while!

In the evening as part of our Family Home Evening we went for a walk and watched the sunset between the trees. The sky was an amazing colour and I think with the blackness of the trees it really made a striking photograph. 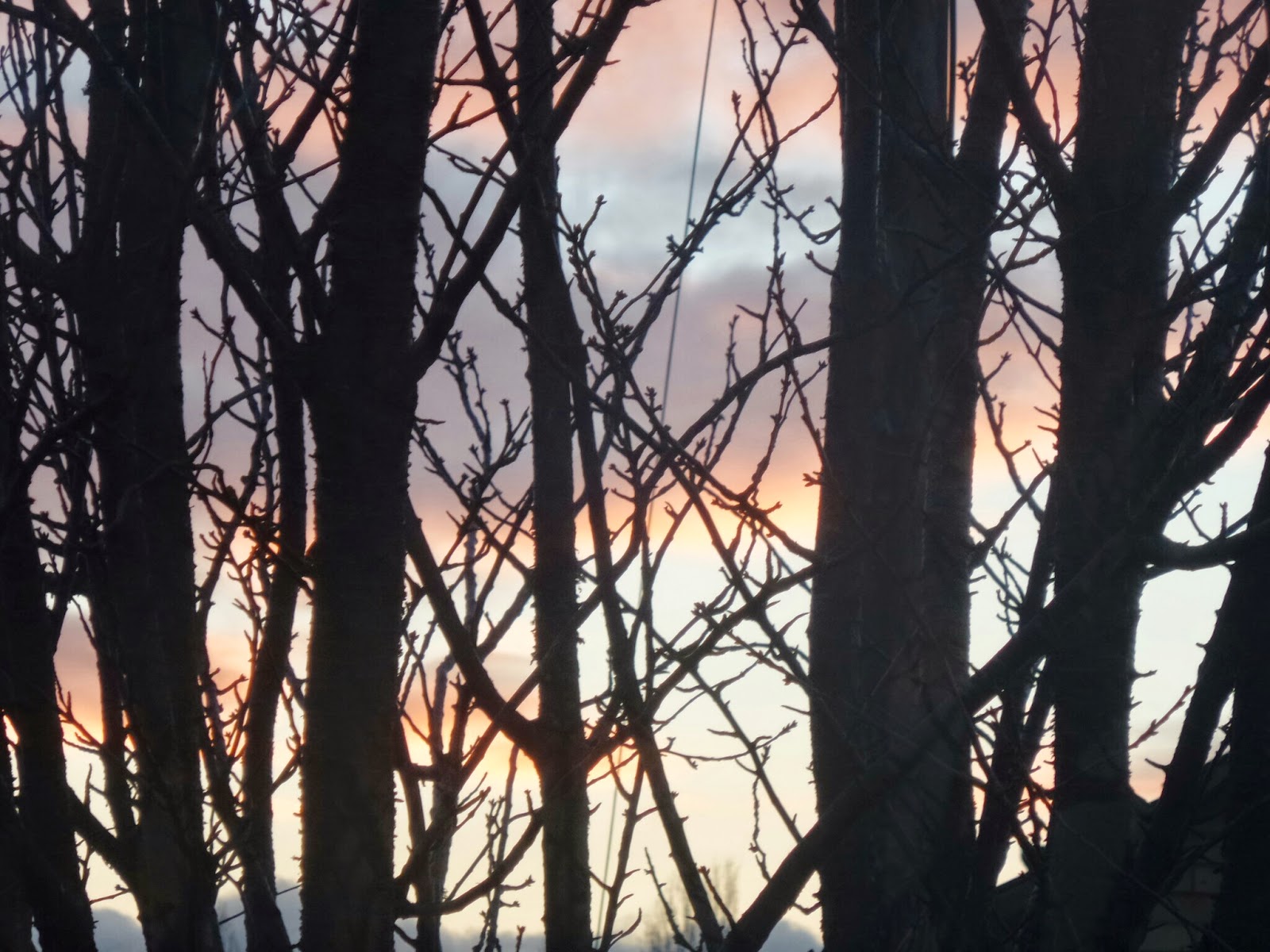 The Children and I chatted about taking on the name of Jesus Christ, and how that means we should behave and how people expect us to behave because of this. We also spoke at length about how being known as Top Ender's Brother, or Big Boy's Sister or even as Pippa D's children affected how others saw us and what they expected from us. My Children can be pretty insightful when they want to be!

We had the best Fish Pie again for dinner this week, it's such a simple meal to make, but the children and I love it and I'm adding a few different touches thanks to a question I asked on my personal Facebook profile a few weeks back. My cousin who is a chef suggested that when I first cooked the fish in milk that I actually cook it in the white sauce, so I tried that this week. It was FAB! It certainly pays to have a chef in the family and if anyone is near St Neots, pop into the Ye Olde Sun and have a meal he's prepared!

Just behave well, or you'll get me banned and I've not made it across there yet!

Friday had the children and I taking selfies on the way to School and causing one of our Neighbours to crack up laughing at us. 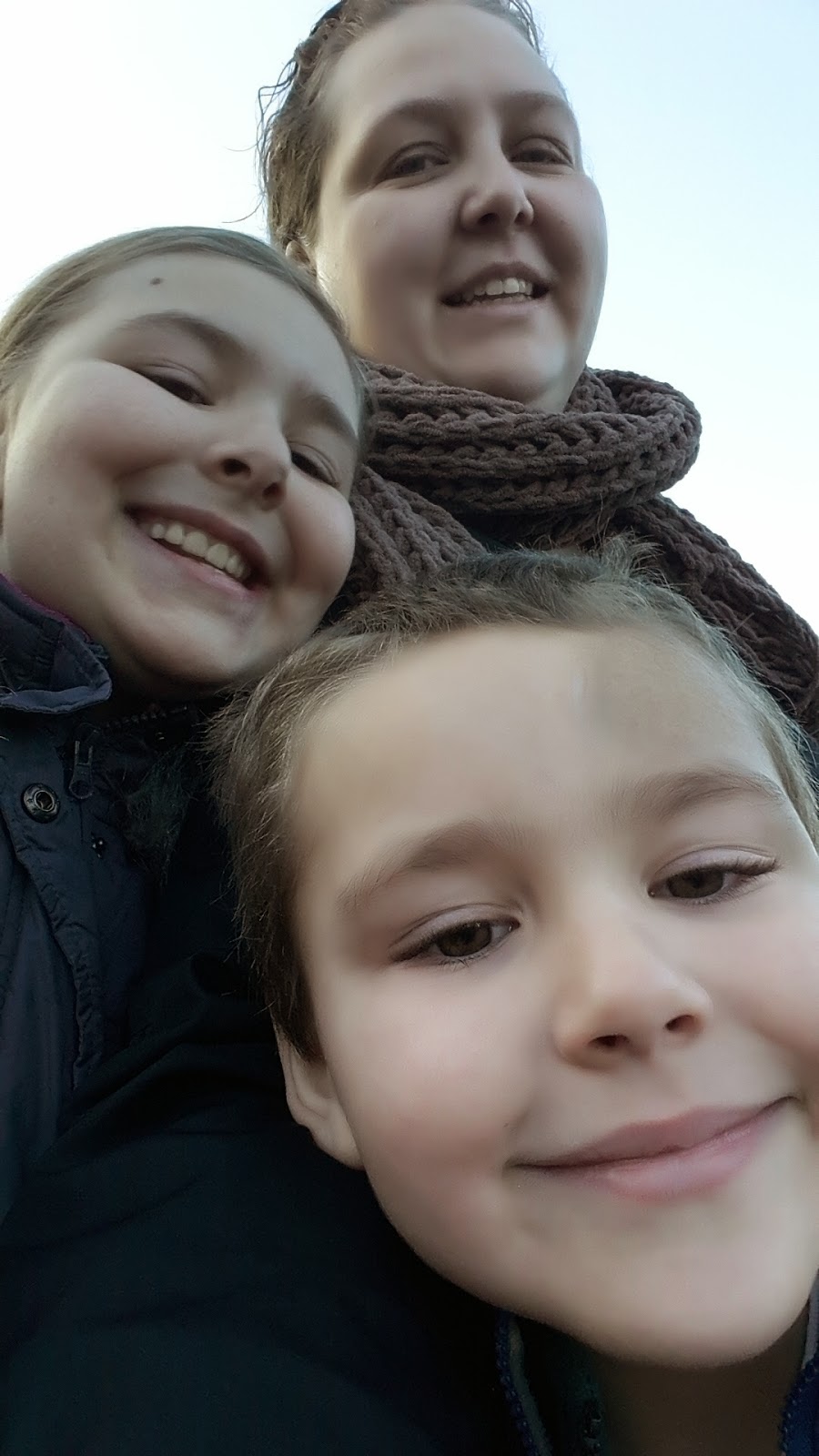 As she's only recently joined Facebook, I give it a few months before she's taking Selfies and then I can return the favour and giggle at her standing in the street trying to stretch her arms to keep everyone in shot!

Tops and I also performed a really, really, really important task on Friday night. We were entrusted with the Chocolate Run (Daddy is still pretty much unable to move without pain, so we took on his normal job!). Top Ender thought this was the best job ever although she wasn't very good at picking chocolate and kept trying to buy things we didn't  need... like bunches of flowers and packets of vegetable seeds!


THE FIRST WEEK OF FEBRUARY HAS HAD ME READ 2 BOOKS


I read The Affair, which is one half of a book but I am having it as two books! I really couldn't get into the story to start with, but as I realised I was reaching the end of the story I started to miss the Characters that had been created and did have a couple of moments where I was crying real tears over the lives that had been created.

I first read Remains of the Day in A level English and fell in love with the story, and the boy who sat on the table with me and two other girls. He actually has the same name as my husband, so I didn't feel too bad about all the notes scribbled in the margin not only about the story but professing my love for this young man! Plus it did mean I didn't have to explain to the children about what was going on...

I have three other books on the go at the moment (in different rooms!), so didn't feel bad about only finishing two of the five this week. I'll write about the others when I've finished them!
I read a few cook books too, but I don't count them in my total... mainly because if I did I'd be finished before the end of the week as I'm always reading cook books for new ideas and as a sort of way to pass the time!


THE First week of february HAS HAD ME CRAFTING

Not a lot actually. We have had our new Bostik Box arrive and I'm stupidly excited about the mini glue dots, but I didn't finish any other projects that I can share with you yet. I'm actually not sure what I did at all to be honest!

The Children however haven't stopped making things this week having made a few more bookmarks, some rather lovely pictures (even the one that BB described as 100 ways to die in Computer Games) and Top Ender has been making a mountain of things with Loom bands, as they are now really cheap because nobody else is making anything with them any more!

THE FIRST WEEK OF FEBRUARY HAS HAD ME DECLUTTERING

The bathroom. All the plastic bags of things that needed to go elsewhere this week were put into the bath, because that way they were out of the way and nearish the front door. That also meant that every time I wanted a bath I had to pick them all out and put them in the hall and then dry the bath to put them back. Enough was enough this week and in between helping out a lovely friend of mine (seriously he is amazing fun and I'm glad to be able to help him out) with a few lifts I ran the bags to various places that accepted donations.

Please can someone remind me that I need to do the living room soon as the crafting bits are taking over the entire Den...
So that's about it. As normal there was more, which if you follow me on Facebook, Twitter or Instagram you may have heard about! If you want to hear more then just ask in the comments, I'm mostly an open book!
Family Life