A Family Visit To The Ideal Home Show

- April 07, 2017
When Flyfour and I decided that we wanted to make some changes to our home, a visit we had made to the Ideal Home Show many years before came to mind. We had found a brilliant ladder system there, as well as a few other "bits" that have been well used since we purchased them. We thought that what would be brilliant, would be if we went down again as a family and had a family day out.

We could all look at the various items that were being showcased, speak with the vendors that were selling items we needed for our home improvements and hopefully sort out our plans a little more so that's what we did at the start of the week. 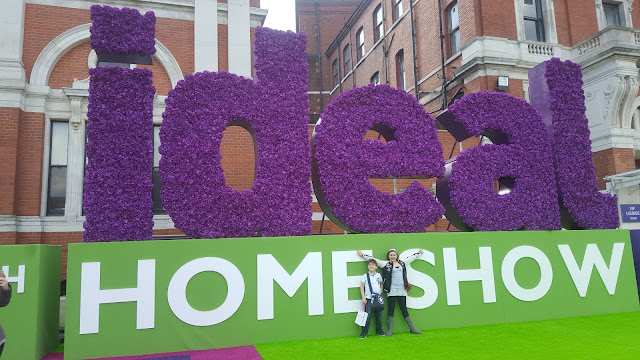 We started out a bit early for the first day of the School Holidays, but Top Ender and Dan Jon Jr took it in good spirits and were ready for their day of adventuring... which may have been sold to them as something a little more exciting than wandering around stalls and vendors!

Luckily, as we got there for opening and were amongst some of the first into the exhibition hall the queues for the Apartments and Cottage were small and so we were able to see them, with both the children and Flyfour and I picking up things we liked, things that would work in our home and we were able to actually see some of our ideas already executed.

The children came up with some weird and wacky ideas for our garden, including several water features, but mainly because they saw them all over the exhibition centre! 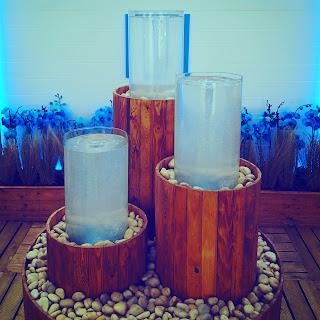 We made our way to the Food and Drink Festival after a couple of hours of wandering the Ideal Home Show. We spent ages walking around the festival trying the free samples (we think we must have eaten at least twenty sausages between us) and ended up buying Dan Jon Jr and Top Ender some mini Dutch Pancakes to share. Mainly because they needed the break from the constant walking, but also because we were able to watch a cooking demonstration at the same time... 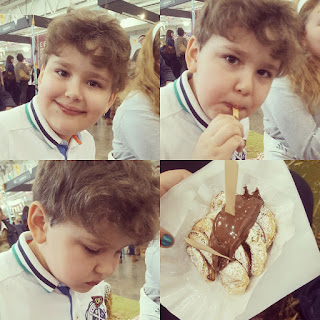 We went back to the Ideal Home Show and walked around some more. There were seriously so many stalls it was amazing to look at, even if we didn't buy much more than three cookies, a bag of sweets, three different kinds of cheese, a snow cone and some sausages!

By the time we had walked all around both exhibitions a couple of times, spoken with vendors, signed up for leaflets, asked for a couple of vendors to come quote or to put us in touch with local suppliers, spoken with people in the queues with us, had twenty million different demonstrations of how different products work, looked at colour samples, tried various products ourselves, sampled yet more food, tried out the hot tubs (hands only), tried out a trampoline (children only), looked at pretty people (mainly the TV Chefs!) and then got back to where we had parked our car we were EXHAUSTED. 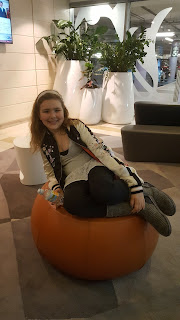 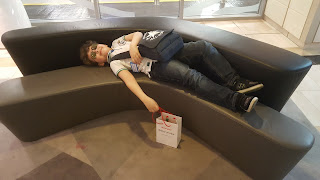 And so our family day out led to us all being in bed by 9 pm, having walked around ten miles during the day and even more questions than when we started about what we want in our home!

Why is nothing ever easy?!
Family Life Food Home Improvements Making A House A Home Paid Day Out