- April 21, 2017
Roughly a week before Easter, the children, Flyfour and I went to one of the local Supermarkets to purchase our Easter eggs. Well, Flyfour and children purchased eggs, I decided that I would much rather spend the money on buying multi-packs of chocolate bars as I thought it was better value for money! 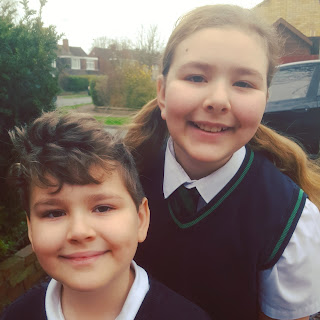 Dan Jon Jr picked an Oreo egg, Flyfour picked a Wispa egg and Top Ender picked a Malteser egg. I went for a pack of Double Deckers, a pack Twirls and a pack of Mars bars. See more value for money. We decided to leave the Eggs in the Kitchen, as we didn't really have anywhere else to store them and all was fine until Easter Saturday.

On Easter Saturday, Flyfour was the first person downstairs.

On Easter Saturday, Flyfour entered the kitchen and found that one of the cats had decided that breakfast was late in coming and so had decided to take matters into their own paws...

That's right, one of the cats (all bets are on Mario at this point) decided to break into Dan Jon Jr's Easter Egg. 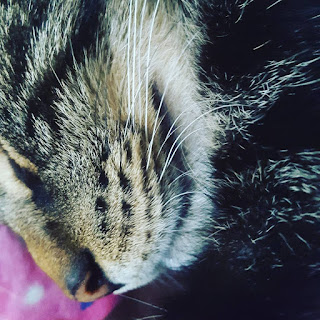 When Flyfour came into the Kitchen, he found that the cat had scratched through the plastic bag that the egg was in, through the cardboard packaging and through the tin foil covering the egg!

We decided that we would head back off out to the Supermarket to buy a replacement egg, although when we got there it appeared as if all the eggs had been sold. We managed to find a glut of Creme Egg and Twirl eggs near the entrance we hadn't used and as Flyfour had been able to salvage the chocolate bars from Dan Jon's original egg, Dan Jon was pleased to be able to add two creme eggs to his Chocolate collection!

Are your pets as terrible as ours for eating anything left out? What is the worst thing they have destroyed?
Easter Family Life Food Pets