This Is A Complicated Old Game Isn't It!

- April 17, 2017
Sometimes I forget that the people who read my blog don't just live in my head and don't know the hundreds of stories of events that happened before I started this blog. Today I thought I would share one of those stories.

Before Top Ender was born, Flyfour and I would often go and watch TV Shows being filmed. It was something that Flyfour had done semi-regularly for many years and whilst my family had been a couple of times to see Noel Edmonds House Party (remember that?!) I really only got into it when Flyfour and I started dating.

A few months after Top Ender was born, Flyfour and I were offered tickets to go and take part in a new quiz show, well it was actually a pilot of a quiz show called "Dial M for Money" and it was to be hosted by Philip Schofield! 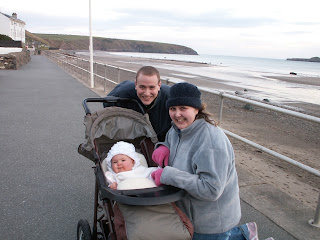 I don't really remember much about the quiz itself. I do remember that Flyfour and I were given stickers with our seat numbers on, which was correlated to our names on some sheet somewhere for purposes I'm sure they explained at the time. We took our seats in the audience and then took part by answering questions with some metal light thing that didn't work properly! One thing I do really remember is that I answered more than Flyfour did correctly, which laid the foundations for our friendly rivalry over who gets the most points when watching Only Connect and University Challenge.

It all came down to the last question, however.

We were instructed to type an answer into the handsets for this final question. Flyfour and I have racked our brains trying to remember what the question was but all we can remember is that it was something they weren't expecting the audience members to actually know, as they told us that they were going to take the two closest answers no matter how above or below they were.

Flyfour did know the answer. The exact answer.

It was then time for Philip Schofield to announce which two audience members were to take part in the final head to head part of the show.

He announced some bloke and a small cheer came up from the area he was sat in, and then he announced Flyfour's name. In subsequent chats about this, Flyfour has said that he honestly thought that there must have been someone else there with the same name as him. It was only when one of the Floor Runners started making his way to where we were sat to mic Flyfour up that Flyfour realised that it was him!

After a few questions, it was clear that Flyfour was the winner as the other chap hadn't answered as many correctly, and Flyfour had a chance to play for the total he had made during the show... a grand total of £22,000!

Philip Schofield put an arm round Flyfour, which I'm sure is a technique they teach in Quiz Show Host School and whispered into Flyfour's ear "Blimey! This is a complicated old game isn't it!" to which Flyfour just nervously giggled an affirmation to.

At this point, Philip Schofield asked Flyfour a few questions about himself. Flyfour told him that he was here with his wife tonight (me!) and that I had recently given birth to our first child (Top Ender!) and a few other tidbits, which led Philip Schofield to quietly question if Flyfour was a ringer or a genuine contestant!

Flyfour was asked a final question, it was something about George Michael and he got it right! Flyfour had just won £22,000!

We'd been told if we were lucky enough to actually win, we'd only win (only!) £500. So, really it was a rather good evening out.

The next part saw Flyfour having to put his A level in Theatre Studies to good use as he had to answer the question again, but this time he had to get it wrong and fake losing £22,000.

We have tried for years to get a copy of this pilot, but unfortunately Flyfour's victory has been lost to the world of unaired pilots... although we did see a show a few weeks later titled "Come and Have a Go If You Think You're Smart Enough" and it was rather similar in format!

So there you go. Have you ever won a game show?
Family Life