- July 01, 2017
Last week started off really well. I went shopping on the Saturday evening, after a day of door fitting, bedroom painting, furniture moving, bathroom shopping, curtain shopping and purchased nothing, but somehow during the week instead of eating the meals we had planned we managed to make other bits and pieces meals instead. Which is fine, as it means this week I don't need to meal plan as much as I'll just use the meals for last week! 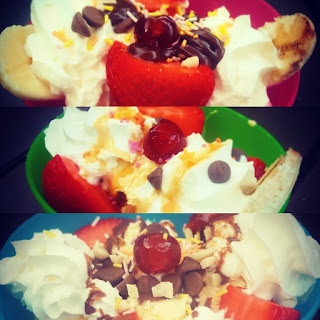 I'm starting to think that this meal is cursed! Every time I plan it, for one reason or another we don't get to eat it. We WILL eat it today, we just have to ensure that we do actually do it... and seeing as there is no DIY planned today we should be able to get it made and eaten!


The children gave a little complaint last weekend when they realised that we weren't having a Roast again, but it just wasn't fair on Flyfour because he has been doing chores and doing DIY on the weekends and the last thing he wants to do is then also cook a roast. However, this weekend there is no DIY planned, so we're having a one off Summer Roast to keep everyone happy!


I figured a veggie curry would be good seeing as we have a TONNE of frozen veg in the freezer and so it makes it a quick and easy and tasty meal! All I need to do is throw some Onion, Chopped tomatoes and Curry Powder and it'll be lush... at least I hope it will be!


We have Spaghetti in the cupboard and we have a jar of sauce. We'll mix the two together and I might toss in a few Meatballs, some spinach and whatever else is in the freezer too so that the leftover portions (which the children will have for lunch tomorrow) will be substantial too.


We ended up having to Take out on Wednesday last week as we were rather busy sorting the children's bedrooms out again, after the new carpet having been put down that afternoon. So I've just pulled the meal right across to this Wednesday!


Top Ender had suggested Cheese and Toasties today, but Dan Jon pulled a face as he really didn't want Soup. So we agreed to have Toastie pockets with soup if wanted, this way I also get away with making soup that Flyfour and I would like to eat and Top Ender sorta has to lump it! Although I'm sure she'll love the slightly spicy tomato soup I'm planning on making!


We decided that the best kind of evening meal was one filled with cake, so we decided to have a posh tea party, where nobody will drink any tea, but we will have finger sandwiches, cake and possibly if we can bribe Flyfour into making them giant Scones with cream and jam. Oh and apparently cookies and quiche as that's what Top Ender wants. Whilst we're at it we'll better add some kind of meat on a stick for Flyfour!
Family Life Food Main Meal Meal Plan