- August 13, 2018
At the last General Conference, there was a talk given by President Russel M. Nelson where we as members of The Church of Jesus Christ of Latter Day Saints, were encouraged to receive personal revelation, as in, we should regularly talk to God in prayer and then listen for what God wants to tell us and we should practice this regularly so that it becomes easier for us to understand the revelation that we are being given. 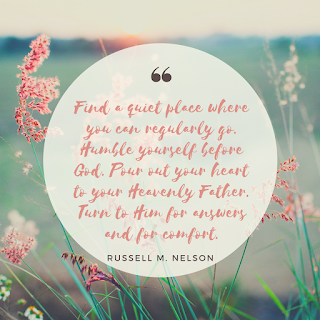 President Nelson suggested we find a quiet place to go and at the time I was filled with thoughts of finding a special place, somewhere in the nearby woods, or a local park that for some reason nobody uses. Somewhere private and off the beaten track. I didn't think about how practical it would be, I just wanted somewhere in Nature and somewhere private. Until I found that special place then, my bedroom floor would just have to do.


A few weeks later, I was called as the Young Women's President for my Ward. The day the Bishop extended the call tome, I went home and as it was a nice day, I sat outside in my back garden, looking up into the trees above my deck, praying. In fact, for the next few days, until it was presented to the Ward, I sat out in the garden praying every day.

And then after I was called, it just seemed second nature to me to go to the garden to pray. To sit on the deck and ask my Heavenly Father if what I had thought was right. If there was something I was missing, something else he needed me to act upon. 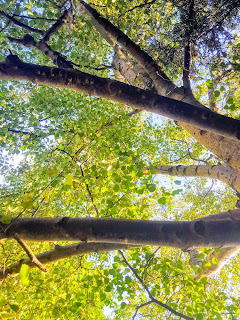 It wasn't until a week or so later that Top Ender and I were in the car and she was asking me about a previous promise I had made to God that I had shared with her. When I had been called to the Primary Presidency many years before, I had made a promise to God that I would pray to him everytime I was in the car alone, for the Primary children. I would mention each child by name and ask for help for them for a problem they were having, or a struggle they had. I would pray for inspiration and guidance and how to help them... just as I did for the Young Women.

The problem was, I didn't think of this as a promise anymore, because after several years it was second nature to me now. Whenever I get in the car, I start to pray for those in my heart. Be they, my family and friends, those in the auxiliary I belong to, or am a part of, or just random people who somehow found their way into my life.

As Top Ender reminded me of this promise I had made, the talk "Revelation for the Church, Revelation for Our Lives" by the Prophet came to mind and I realised that I have two special quiet places, where I regularly go and talk with my Heavenly Father.
Family Life Gardening Making A House A Home Religion