The Period After (Part 4)

- August 02, 2018
After we had left the Hospital, the Nurse explained that after he had discussed Top Ender in his next meeting with his colleagues, we'd get a letter in the post and the next steps would be explained in the letter depending upon what he and his colleagues felt.

I joked to Top Ender, that the way things take forever in Hospitals to filter through to the right department, we'd be lucky if we got the letter much before my birthday in May, which was about six weeks away. And I was right.  Just a couple of days before, the letter came through, confirming what the Nurse had said and asking us to speak with Top Ender's School about some information that they could gather together to support (or disprove) the Autism diagnosis. 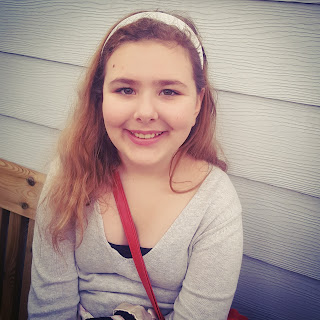 I had already emailed the staff members that would be involved, I'd let them know what the Nurse had told me and told them I would keep them updated, so an appointment was made where the SEN spoke to me just as the Nurse had done and asked 100's of questions.


Seriously, it was so many questions, similar to the ones that the Nurse had asked, with a few different prompts and now, of course, I was ready to answer them because I could see the allowances that Flyfour and I had made for Top Ender, could see where she was different, where she did things that at times baffled us but now we realise it is just because she isn't neuro-typical.

An hour later and I felt emotionally drained and had used up most of a box of tissues as I'd cried over the answers I was giving to the SEN and who was jotting them down making copious notes and probably cursing the fact that I speak nineteen to the dozen and she doesn't write nineteen to the dozen.

Again all I could think of was how could I not have realised before that Top Ender had been having to deal with all these different issues alone?

And now we're waiting again, for the hospital to send through their appointments for Tops, for School to put things in place based upon the recommendations from CAMHs and for whatever else life cares to throw at us.
ASD Family Life Mental Health Tourettes