- August 10, 2018
If you know two things about my family, the first is probably that we like to go on walks as a family and the second is that Top Ender is a Japanophile. Actually, so am I and Dan Jon, whilst Flyfour has an appreciation that has been cultivated because he lives with the three of us! 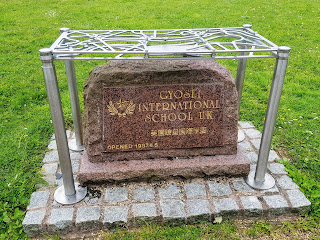 A few months back, Flyfour suggested that we might like to go for a walk that combined our love of things Japanese, Art and of course walking, It happened to be Father's Day and so we headed off to where the Gyosei International School UK used, which has since been knocked down and a Retirement Village and some houses built in what was once its grounds. 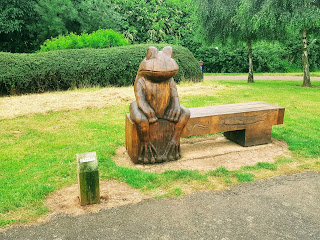 Top Ender spent almost the entire walk bemoaning the fact that she wasn't born until after the School was knocked down, she didn't seem to realise that she wouldn't have been able to attend even if she had been born in time! 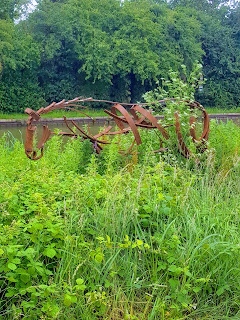 We walked through the estate, along the Grand Union Broadwalk until we reached the Gyosei Art Trail which is on Great Linford, (it is an estate in Milton Keynes, well actually it's much more than this, but it's the easiest way to explain it!). The art trail was paid for thanks to the companies that built the retirement village and the housing development and the art takes inspiration from the Japanese Connections, Canal History, Fish, Fowl, Insects and Invertebrates. 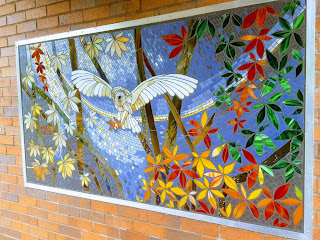 Flyfour had the map to find the various artworks on his phone, and he would let us know what we were looking out for, but of course, we had no idea what style it would be, as each of the artworks had been created by a different artist, who of course have their own artistic style and interpretation of the brief. Each piece of artwork was amazing though. I couldn't say I had a favourite, as each time I go to name one, I remember one of the others and Flyfour and the children felt the same. 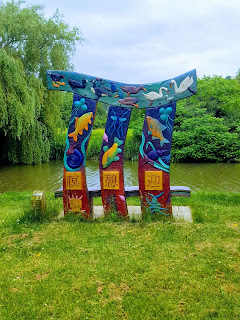 All the pictures in this post, are the various artworks, which seriously were more amazing up close than in these pictures. You really have to go for a walk along this art trail to experience the artwork for yourself and to experience the fun of hunting down where each piece is. 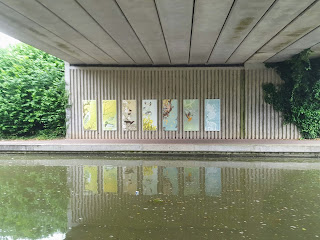 Each piece of art had Flyfour telling us who it was by, although there were little name posts near each piece that also told you the name of the artist and a little about the style of art they had created. Each of us played art critic and analyzed, interpreted and evaluated each piece of art, throwing in phrases every so often that we had heard on various TV shows or in our art classes! 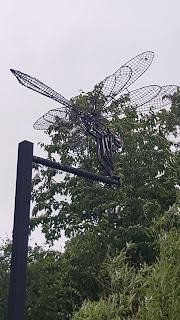 We did the entire walk in just under an hour, and that was with plenty of time oohing and aahing over the various pieces on the route, and of course stopping off to chat to others who were also out on the route, looking at some cute little ducks that were swimming in the Canal and the normal stop-starts that every family walk seems to consist of!


The children and I have headed back to the art trail a few times since we went, as we wanted to look again at various pieces of art, and there is an Orienteering course not too far from the trail, that Top Ender and I run a few times each month. I can't wait for the Great Linford Parish to start phase 2 of this art trail, and when they do you know that my family and I will be back to walk it!
Family Life Free Days Out