The Slob And The Delivery Driver

- June 01, 2020
Last week, I decided to have a day off. I was already not scheduled to work, and as it was half term I figured I could stay at home, lay about in the sun, read and snooze and just relax. As part of the aim was to get a suntan, I threw on my short leggings and a tank top. Two items of clothing that are normally underneath things which are a little too short. Basically, what I am saying is there was nothing to contain my bingo wings or stomach flab in and I looked an absolute mess, a slob if you will.
I didn't expect to see anyone other than the immediate family and well, I don't care if they see me looking like a slob as two of them have lived in their PJ's for the last few weeks and the other was out at work and again wouldn't care if I was dressed in a ball gown, in a moth-eaten jumper or anything in between because he loves me.
Sickening isn't it. 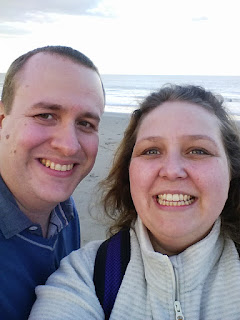 I had accidentally spent the morning doing some chores and finally, around the time the rest of the UK would be eating lunch I was out in the garden. I was reading, enjoying the warmth of the sun and sort of getting ready to snooze the afternoon away when I heard the doorbell.
Flyfour had arranged for a parcel to be collected today and as for some reason the Ring app wasn't working on my phone and completely forgetting what I looked like, I went to the door to let him know where the parcel was so we could do our contactless handover.
Imagine my surprise, when I open the door to see someone I see every week at work. A rather lovely and quite handsome delivery driver.
I told him where the parcel was, he thanked me and started to walk up the drive when he stopped and looked back at me and said, it's Pippa, isn't it!
Oh no! He had worked out it was me.
I agreed that yes it was me, why couldn't I have lied that I was my own twin sister? Or a doppelganger or maybe even a pod person?
And then he looked at me, like really looked at me and seemed a little, okay a lot, surprised to see me in my natural habitat/looking like a slob. I'm hoping it was because of this at least, that normally I look nice and presentable in my casual business wear and not because, as I found out later, there was a huge hole in my leggings which made my inner thighs visible and because my white tank top was slightly see-through and I was wearing a pink and black bra.
So yeah, I've got seeing him later this week to look forward to, but by then I'll be dressed in my normal casual business wear. At least I hope I will.
Family Life Funny Lockdown