- December 27, 2009
Well Christmas is over and not quite forgotten even though all the toys have been unwrapped and played with and are currently scattered across most of our living room and bedrooms and the landing and bathroom... Daddy and I are fighting a losing battle against an ever increasing Toy Army! 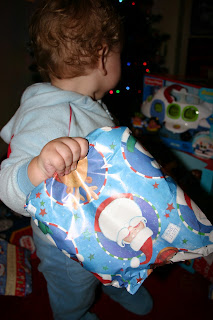 We had a really great day and saw most of our family on Christmas Day and even with Daddy needing to leave to go to work in the early evening, we spent a lot of quality time together and even managed to keep the Kitchen fairly tidy! We were so on the ball this year that we have stripped the Turkey, used up all the left over Veg (Baby Boy and I had Bubble and Squeak for Breakfast on Boxing Day and I had what was left in an omlette today!), made stock from the Turkey Carcass and I have a a few meals for the left over Turkey planned.

We are thinking about changing a few things next year and we are also going to need to think about what can be done about the number of toys that are gifted to Top Ender and Baby Boy because we don't live in a TARDIS, despite my attemps to woo David Tennant, but for now we are enjoying the gifts we were lucky enough to be given and the leftover Chistmas goodies (such as the Christmas cake and Christmas pudding!) as well as looking forward to New Year!

Daddy is working on New Years Eve and so this will be the first time in ten years that we haven't seen the New Year in together. We will of course be on the phone to each other (we have VOIP phones so should be able to connect despite all the other people trying to talk to each other at the same time!) and will more than likely both be watching Myleene Klass on the BBC with events from London.

This week in the Holiday Grand Plan it is suggested that we write our thank you notes, take down our trees and decorations and of course think about the New Year that is stretching out ahead of us. We will take our decorations down on the 1st and 2nd of January (before Top Enders Birthday but after New Year) and our thank you notes should all be in the post on the 29th December! 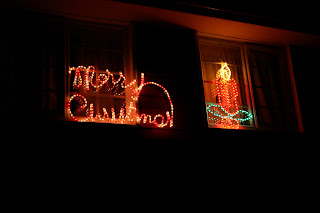 And this marks the end of the Holiday Grand Plan and Christmas 2009, but it is just the start for preparing for Christmas in 2010! Yes that's right I am already thinking about next year and planning to ease into Christmas preparation by stocking up on good value finds throughout the year. 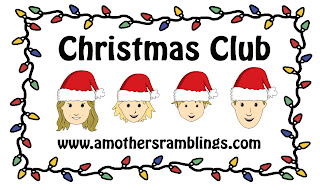 If you would like to join me then stop on by on the 25th of each month!
Christmas