That'll Teach Me To Be So Smug

- September 05, 2013
I've got this parenting thing down was what I thought as I walked home after taking the children to School on Tuesday morning. Top Ender and Big Boy had lunchboxes, water bottles, had been given a wipe of sun cream, had rain macs in their bags (just in case) hats on, labelled uniform and shoes and I remembered not only to take Big Boy's bag full of Diabetes kit but also my house keys. 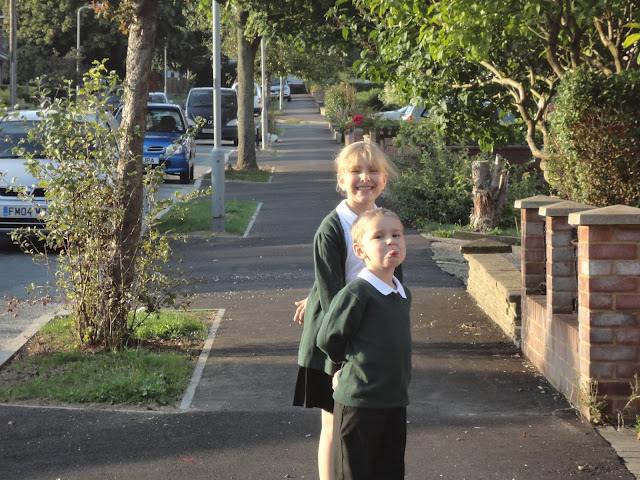 It was the first time I had done a solo morning school run in ages, and with Daddy at his new job and having left the house at 6am I had already cleaned the bathroom, folded the washing and cleaned the kitchen and had a nice long list of chores I wanted to attend to that day. I crossed every single thing on the list off before lunch. That's how good at the parenting thing I am.

I collected the children on time, spoke to friends, arranged to go out to lunch next week, arranged two play dates and accepted a birthday invite. I signed two permission slips, made dinner and did the dishes. I sent Top Ender to Faith in God (it's a Church programme if you couldn't guess), I played a game with Big Boy, collected Top Ender and two friends, took them home and then came home with my children. That's how good at the parenting thing I am.

We all went to bed, ready to repeat it all again the next day. At least that's what I expected.

Big Boy had a low blood sugar in the night, and before breakfast and after lunch at School and after PE and wouldn't get to a safe level until two and a half hours later. A spanner in my some what perfect parenting run, but it was okay. We coped.

Big Boy thought he might have a tummy ache, I thought it was probably because he needed a poo. Which he did and so I felt smug,  I was right. I have this parenting thing down.

The children went to School, the dishes were done, the house tidied, the garden weeded, the washing washed and then came the call. Big Boy had been sick at School, so I went to get him. As we walked home, he threw up in the playground. In front of all the children who had just finished their lunch after having seen him already throw up in the dining area.

I couldn't help it, my hands full of my sons vomit I laughed.

The children laughed, the staff laughed.

One of the other children threw up and I laughed some more.

I couldn't help it, I was just imagining every single child being sent home because they had been sick after seeing Big Boy throw up.

So Big Boy is currently on the sofa, sipping juice and doing a good impression of someone who is ill.