When The Weather Turns Cool - #Review

- September 09, 2013
I blogged before about putting the heating on and with the weather having turned cooler today, it's made me think about when we'll need to put the heating on again. For us it's a test of hardiness as well as a cost cutting measure, plus with my Summer habit of leaving the back door and bedroom windows open to let fresh air into the whole of the house, I get used to the freshness rather than the stuffiness of the central heating and prefer not to turn it on, even when I'm cold! Last year it was too cold too quickly for us and we ended up turning on the central heating sooner than we expected and turning it off later than we hoped. Towards the start of the winter I brought an electric blanket for Daddy and I.

It was a treat and I was pleased to find out that since I had last had one, that you were able to leave them on all night, on a special low setting. Having the blanket on the bed was the best things about going to bed, as it was all warm and snugly as soon as we got into the bed instead of doing that silly leg wiggle dance that everyone does to make the bed warm up faster, (Let me know in the comments if you do or don't do that!). The only problem was after a few days, Top Ender climbed into the bed with me one morning and could feel how warm and snugly the bed was and realised that this wasn't a normal warm bed. She managed to keep the secret for a few weeks, but eventually she let it slip to Daddy that she too wanted an electric blanket for her bed. 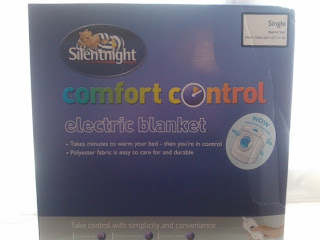 The Bedding Company stepped in this last week and sent Top Ender a Silentnight Climate Control Electric Blanket, just like mine but this time instead of being a double, it's a single and perfect for her bed! Of course Top Ender has yet to try it out, the summer has been lovely and warm and today is the first day that the weather has been anywhere near to being cool enough for her to use it, so I'm sure there'll be a few tweets from Top Ender tonight about how fantastic it is. 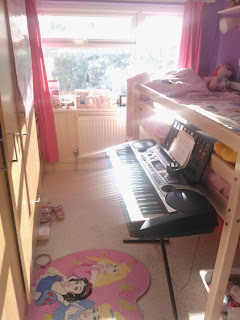 What do you do to keep warm when the weather turns cooler and you are trying to keep the bills low?

We were sent the Silentnight Climate Control Electric Blanket, which is £17.99, by The Bedding Company so we could write this review, which was according to Top Ender rather "cool" of them, but I think she meant hot or warm or she doesn't know what an electric blanket really does. Which is worrying seeing as how she wanted one.
Family Life Review