- November 02, 2013
What a week it's been! I've been having a ball with the Children this past week, I love when the Children are on half term. Big Boy has loved waking up and asking "Is today a School day?" and getting the reply "No", but I think Monday may come as a shock to him. Anyway, here are this weeks meal plans made entirely from things in my freezer and kitchen cupboard!


Yes, yes, yes. I know it's not Sunday, but we're busy tomorrow so we're having it today.


We're having a Fireworks party tonight, early I know but if we had Fireworks on the 5th when we were all home, it would be too late at night for my Sister to come over and that wouldn't be any fun. We're going with Hot Dogs as we'll be serving


When we had Shepherd's Pie the week before last I had enough to make two, so I did. I put one into the freezer (And I forgot to line the dish, so it had to stay in the dish in the freezer) for a later date and that later date is today. 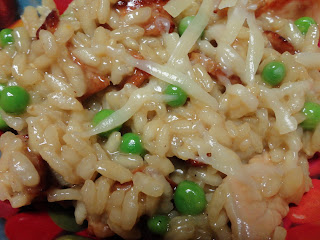 
Tonight we're having a Higgidy Pie as I'm taking part in the Higgidy Pie Club! Join us on Twitter tonight to talk about favourite weekend suppers on cold nights... it should be on the hashtag #PieNight, but I'll let you know if it changes! As the pie isn't gluten free, Daddy will have something similar but from his GF Range!


I'm hankering after some Chinese but as I'm sticking to a budget this week I won't be buying any and have decided that instead I'll make some.


We really enjoyed the gammon we had the other week, so I've brought another one.