- February 20, 2014
The other week, Big Boy and I hosted a Zack and Quack party at home, that was part of a bigger Twitter party. You might have seen some of the tweets that were sent out, some of the photos or if you've been round my house since, the giant cardboard Tank, that looks surprisingly like a certain elephant with wheels! 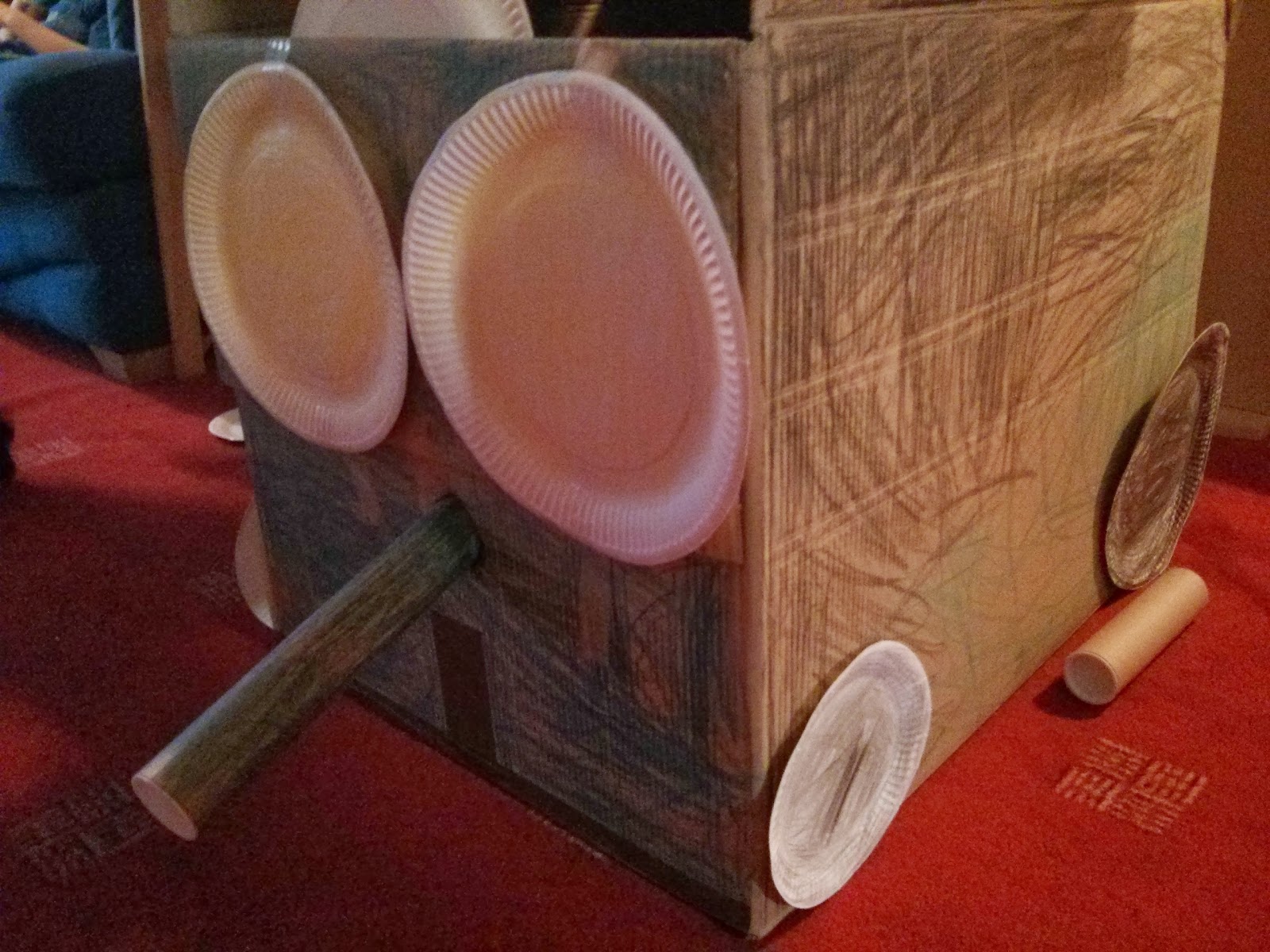 The cartoon was a big surprise, the boys (aged between 5 and 7) were all convinced that the show was going to be for babies, and that they being so old wouldn't enjoy it. Not surprisingly, within seconds of the show starting they were all sitting on the floor open mouthed and hooked on the action. 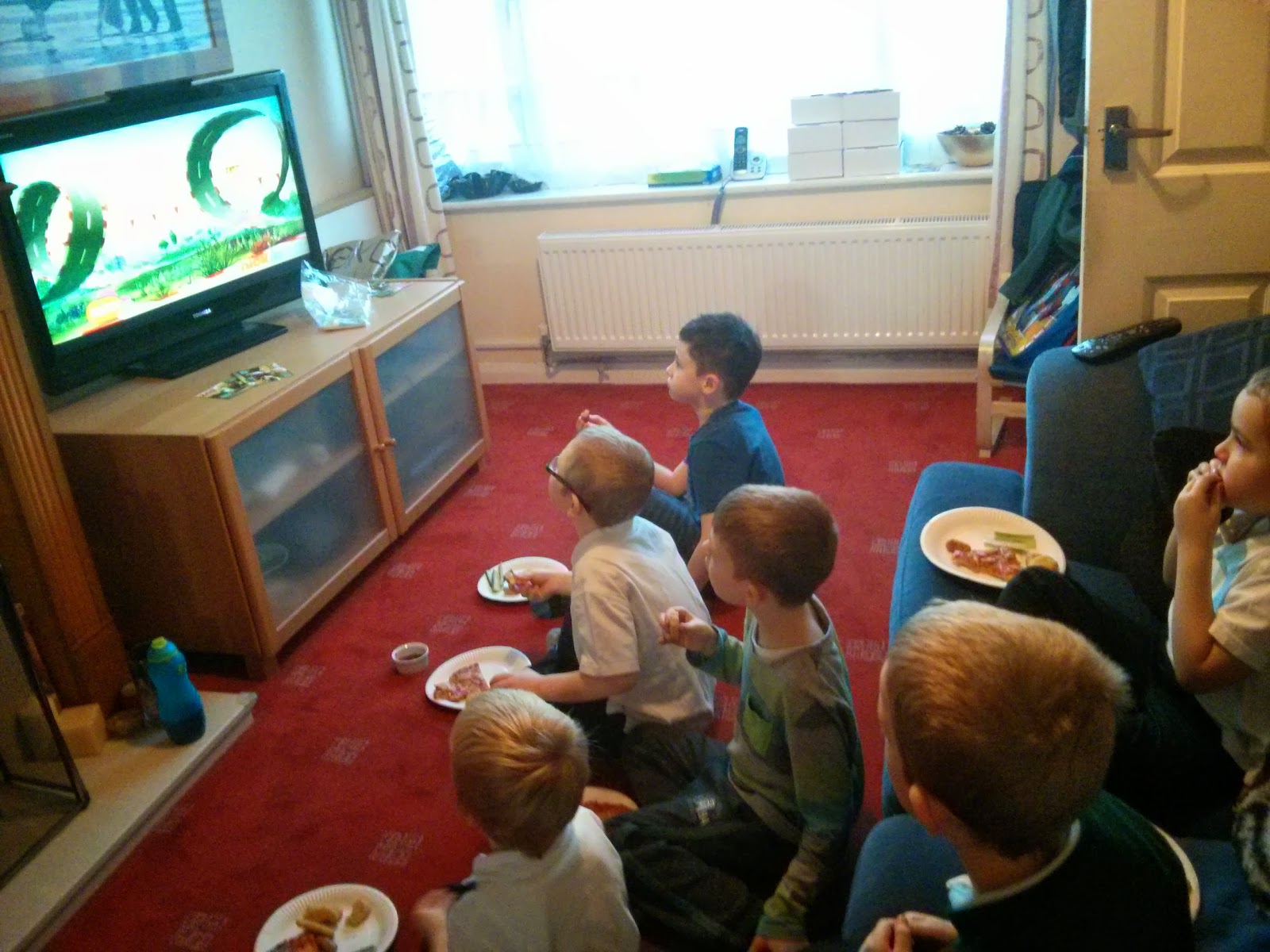 I learnt two big things about boys from this party.

The first is that boys smell. Seriously, my house smelt of "boy" for ages after the party was over and I'm not a fan of the smell. For me, it's up there with wet dog and chicken manure that they spread on the fields. Actually come to think of it, the smell was a cross of those two...

The other thing I learnt was that Boys love to craft and colour and be creative and I don't think that society lets them do enough of this. Do you think the same or do you have a different experience? 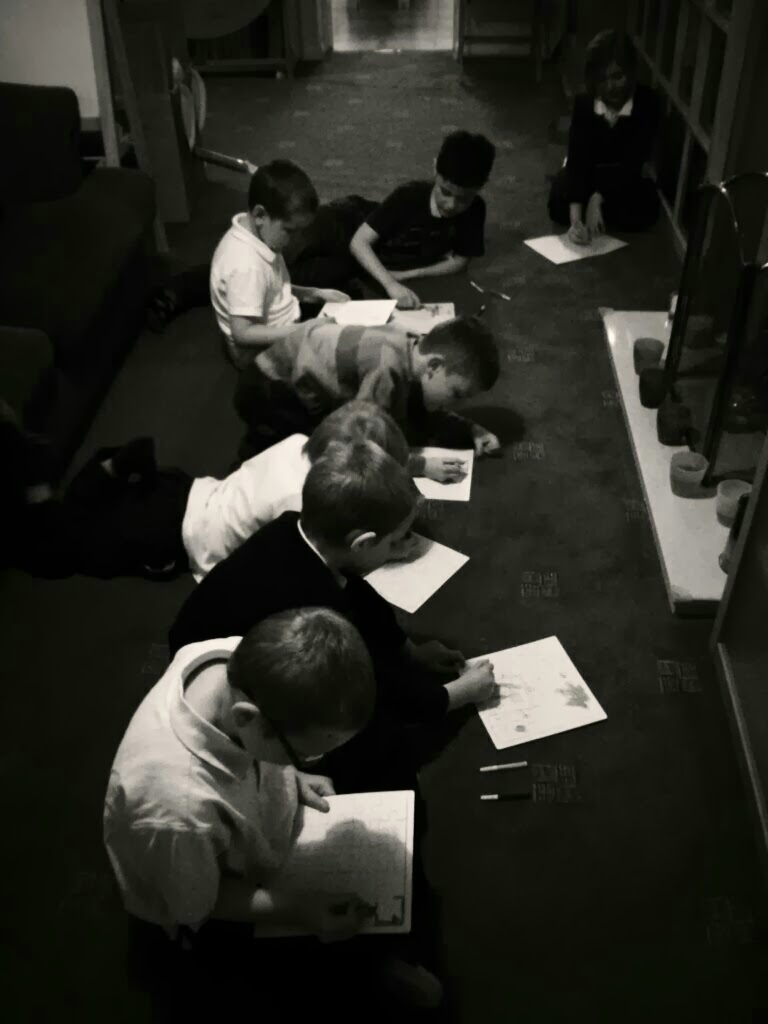 The boys were amazed at how when they worked together they were able to create a tank in quite a short amount of time, they loved making frogs, colouring in pictures and decorating their treasure boxes. All the parents have commented that they are still wanting to watch Zack and Quack (Fridays at 4:30) and that they are crafting things all over the place.

So what about you? Do you think we should be encouraging boys to be more creative, or do you think that it's equally balanced already?

We were sent the supplies.
Craft Review