- February 27, 2014
There are two things I need to say before I start this post properly. The first thing is Daddy absolutely hates that I can toss a pancake perfectly, and by perfectly I mean absolute perfection, like I could go on Britain's Got Talent and toss a pancake and get a standing ovation perfect.

I mean look at this picture below, see the roundness? 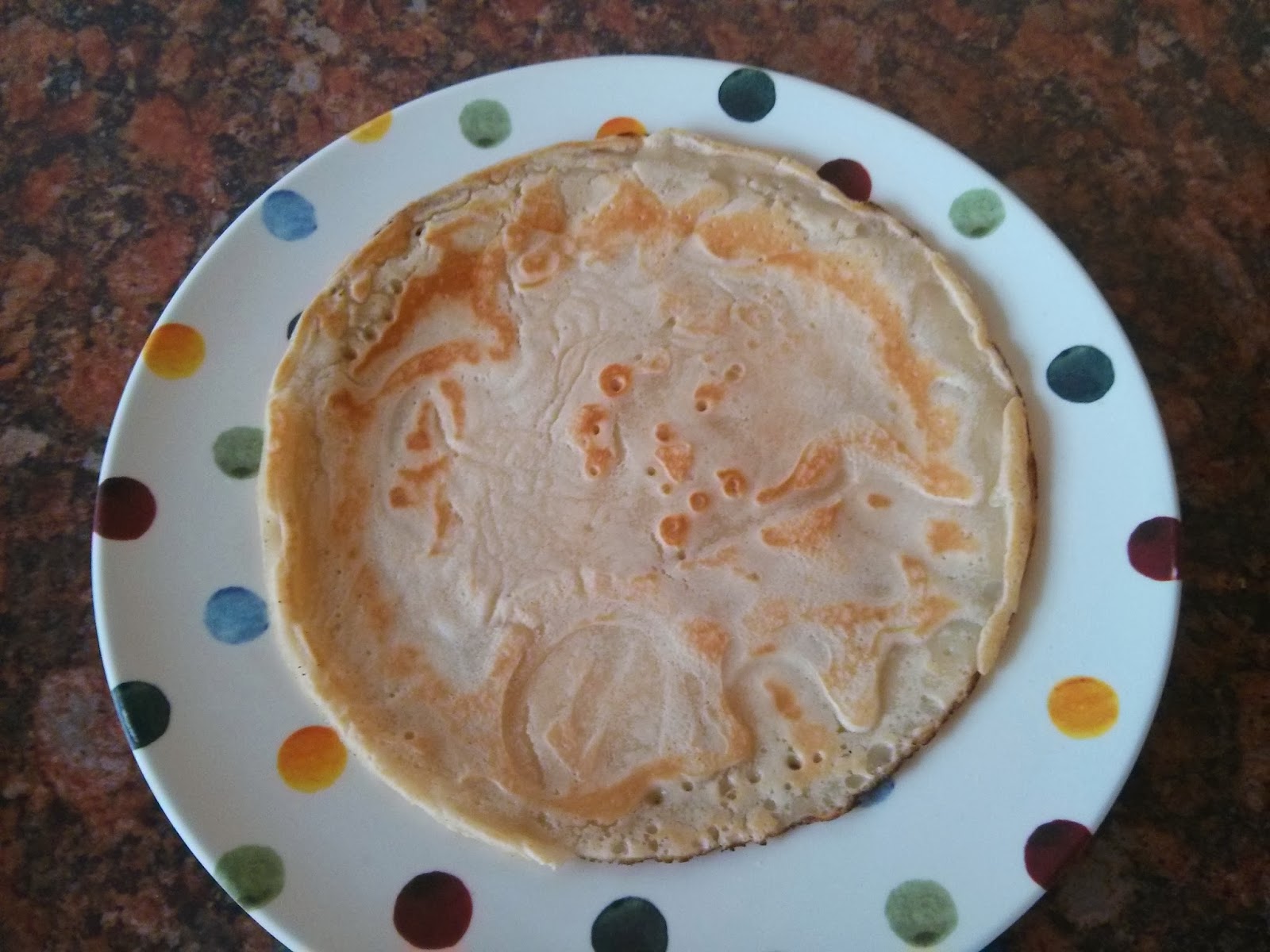 I tossed that pancake.

It went in the air, out of the pan somersaulted and landed perfectly back in the pan.

I promise not to mention it again, but I had to get it out there.


The second thing I need to mention, is when I got the email asking if I'd like to take part in the Waitrose ‘World cuisine’ Recipe Challenge (go take a look at the other recipes) I was thrilled. I was hoping to get Mexico, or Italy or Japan and was really excited.

And I got England.

England?! Come on! I mean England may be my home, but what great ideas did it bring to mind? None that's what. So I sat and thought. Eventually I wondered what does England mean to me.

The first thing that popped into my head was Lashings of Ginger Beer, and then I knew what to do. 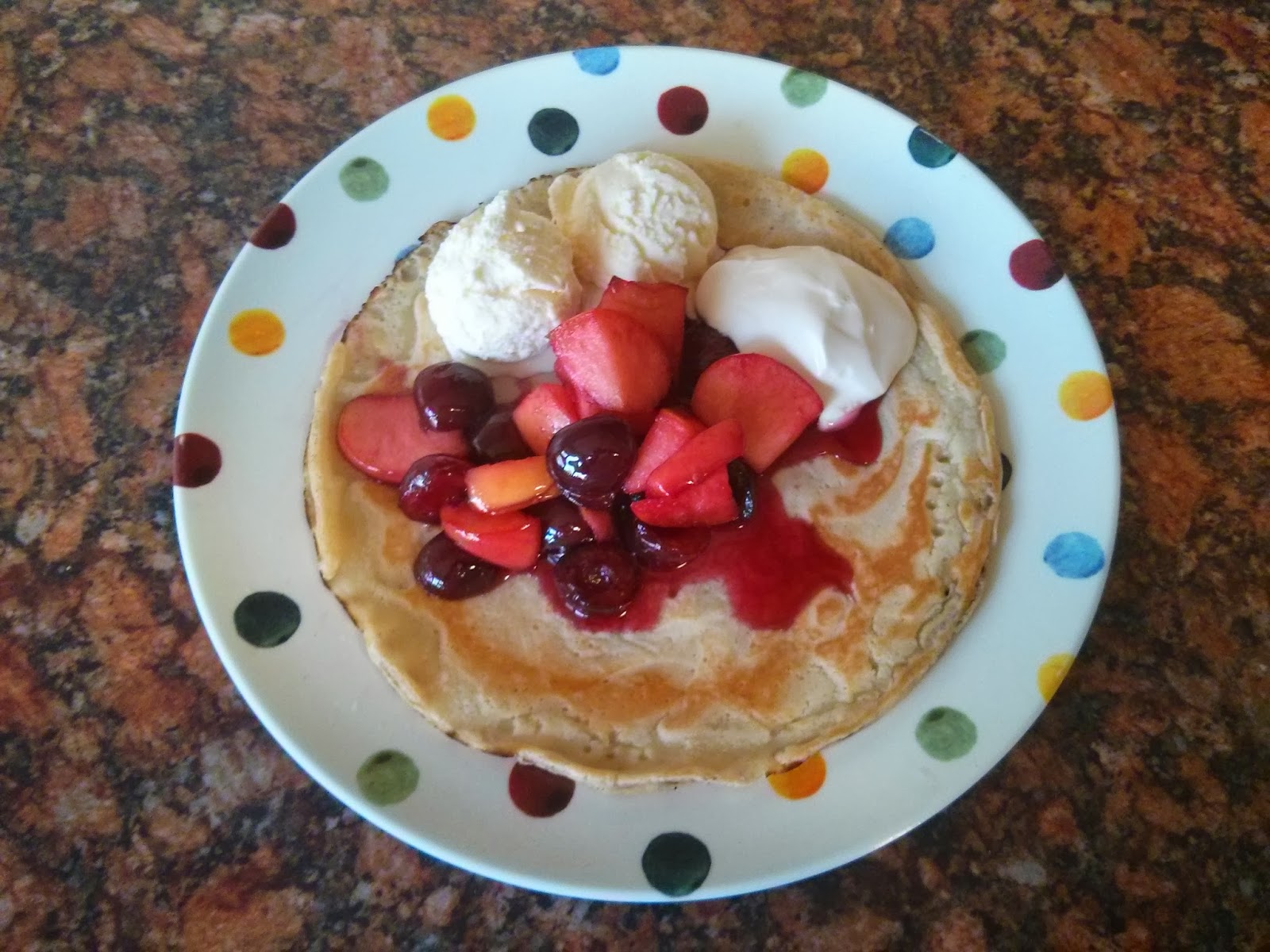 
First things first, get the ice cream out of the freezer, it'll be too hard to scoop otherwise!


Put the flour into a bowl and create a well in the middle to add the eggs. Add a little ginger beer and slowly mix together the flour, eggs and ginger beer.

Once the mixture is starting to get too thick, add more ginger beer. Pour the ginger beer in slowly, or it'll fizz everywhere and you'll have lumps, which you don't want.

The aim is a smooth batter, that is a little thicker than pouring cream.

Leave the batter to one side. My parents always left it for half an hour, but that isn't really necessary apparently although I can't get used to not doing it and also it gives you time to prepare your fruit.

Take your cherries and cut them in half, so you can remove the stone.

Chop an apple in half to remove the core and then slice and dice into bite sized chunks.

Add the cherries and apple along with a teaspoon of sugar to a saucepan and put over a low heat, stirring well. The juice from the cherries will coat the apple and will turn syrupy, but that is fine it's what you want.

Whilst the cherries and apple are on the heat, add a tablespoon of oil to a frying pan and put on a high heat to cook your pancake in.

Add some mixture and using a circular motion, move the mixture around the pan to create a pancake. I prefer mine to be a little thicker, but you can cook them as you like.

After roughly thirty seconds, the pancake should be good to toss. You can check by lifting up one side of the pancake to see the colour from underneath.

Cook the other side of the pancake again for roughly thirty seconds (if you make a thicker pancake it'll need longer) before serving.

Cover the pancake with some of the fruit mixture, and a scoop or two of Ice cream and Clotted Cream. 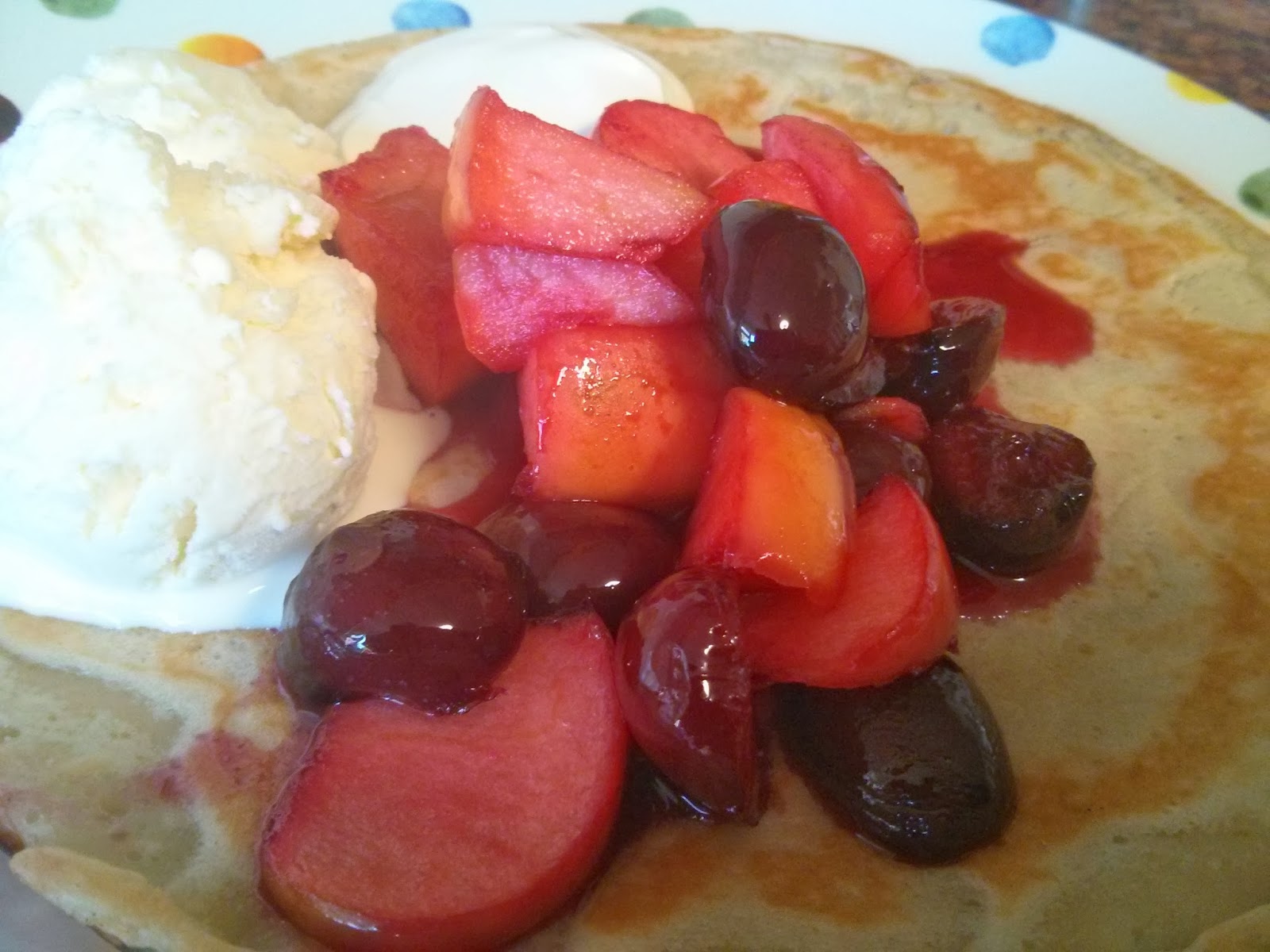 I found that the spice from the ginger in the pancakes worked well with the sweet and tartness of the cherries and apples and the creaminess of the cream and ice-cream and it reminded me of England and Summers of my childhood.

Waitrose, very kindly set me the challenge and gave me a voucher to pay for the ingredients.