- February 20, 2014
Last Summer, (Yes, I know that it is now Winter, but... actually I have no excuse) Top Ender invited a few of her friends round for a tea party in the garden. It was the sort of thing that Top Ender would love to do for her Birthday, but seeing as she is a January baby it's a little cold in the garden and if we aren't under rain like we have been this year, there is normally a threat of snow. The girls had a great time, using my best china (I was so scared someone was going to drop it!) and there were plenty of cucumber sandwiches, just like there are when we have our Family Afternoon Tea! The real reason that the girls were at our house though, was because they wanted to be let loose on the Harumika we'd been sent.

I've managed to lose the pictures from last Summer as I it was two phones ago, and I can't find them in the online storage areas. It's kind of good though, because two of the girls didn't want to be on the interwebz and now I don't need to remember which ones!

Just in case you aren't a fan of Harumika already, it's a great toy (I can't think of a better word for it, can you? If so let me know in the comments) for budding fashion designers. The idea is that the children (or fully grown adults) playing with the Harumika mannequins, can push fabric in to the slot in the back of the body in order to create beautiful designs of various outfits. Then using the website, they can upload the images so others can see and vote, or take inspiration from the designs they see.

I love it because there are no scissors needed and it's so easy to play with, even my Nan has enjoyed a little fashion session as Top Ender took her set to my Nan's a couple of years back and I think my Nan was hoping that Top Ender would leave it with her.

Yesterday we had a sick day, and so Top Ender spent a fair bit of time sitting with me and Big Boy at the table creating some designs. Can you guess who designed which in the photographs below? Leave a comment letting us know who you think designed which outfit, and which outfit you like best! 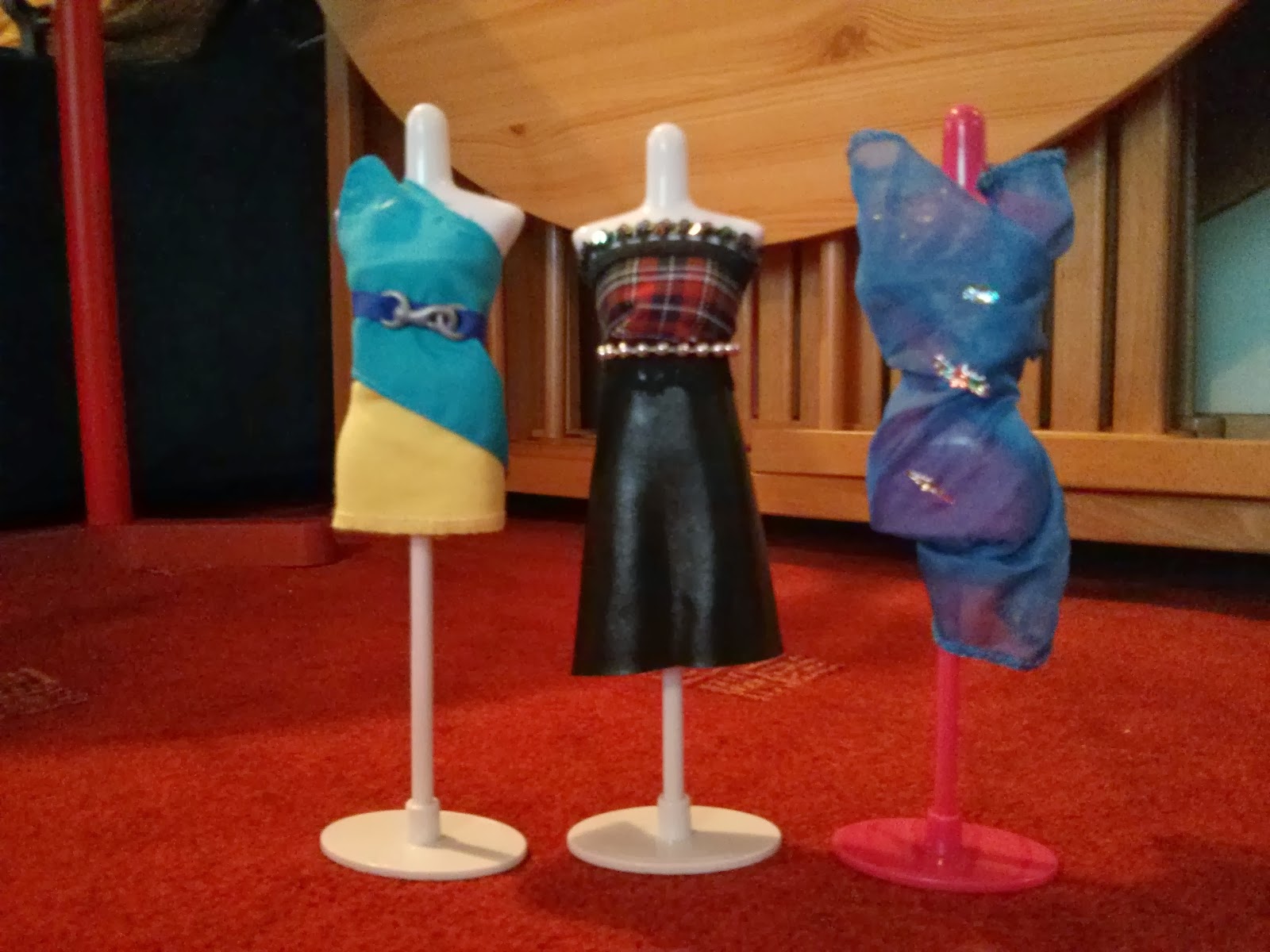 This was our pick what you like as a theme, theme. 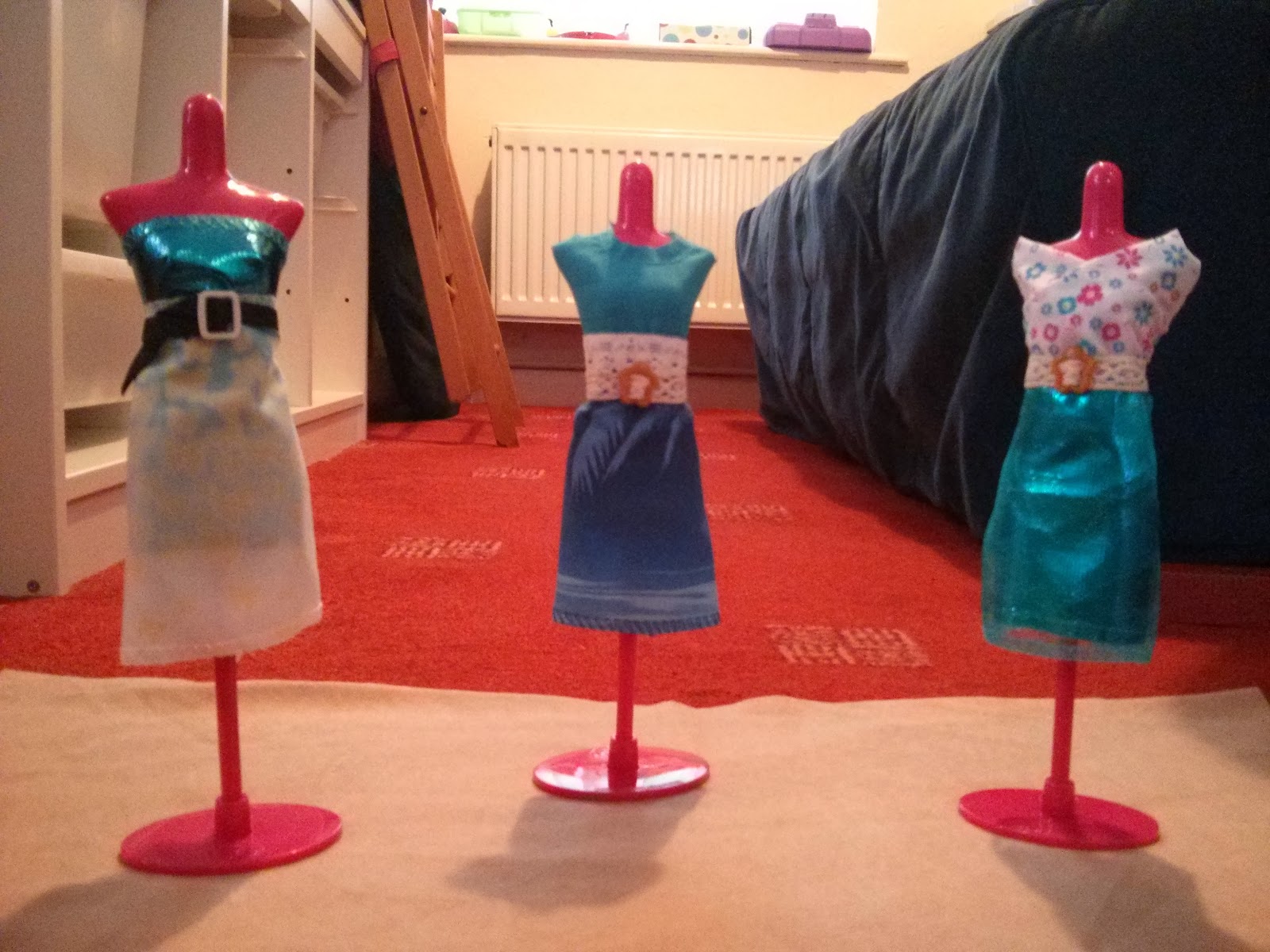 This was a walk on the beach theme. 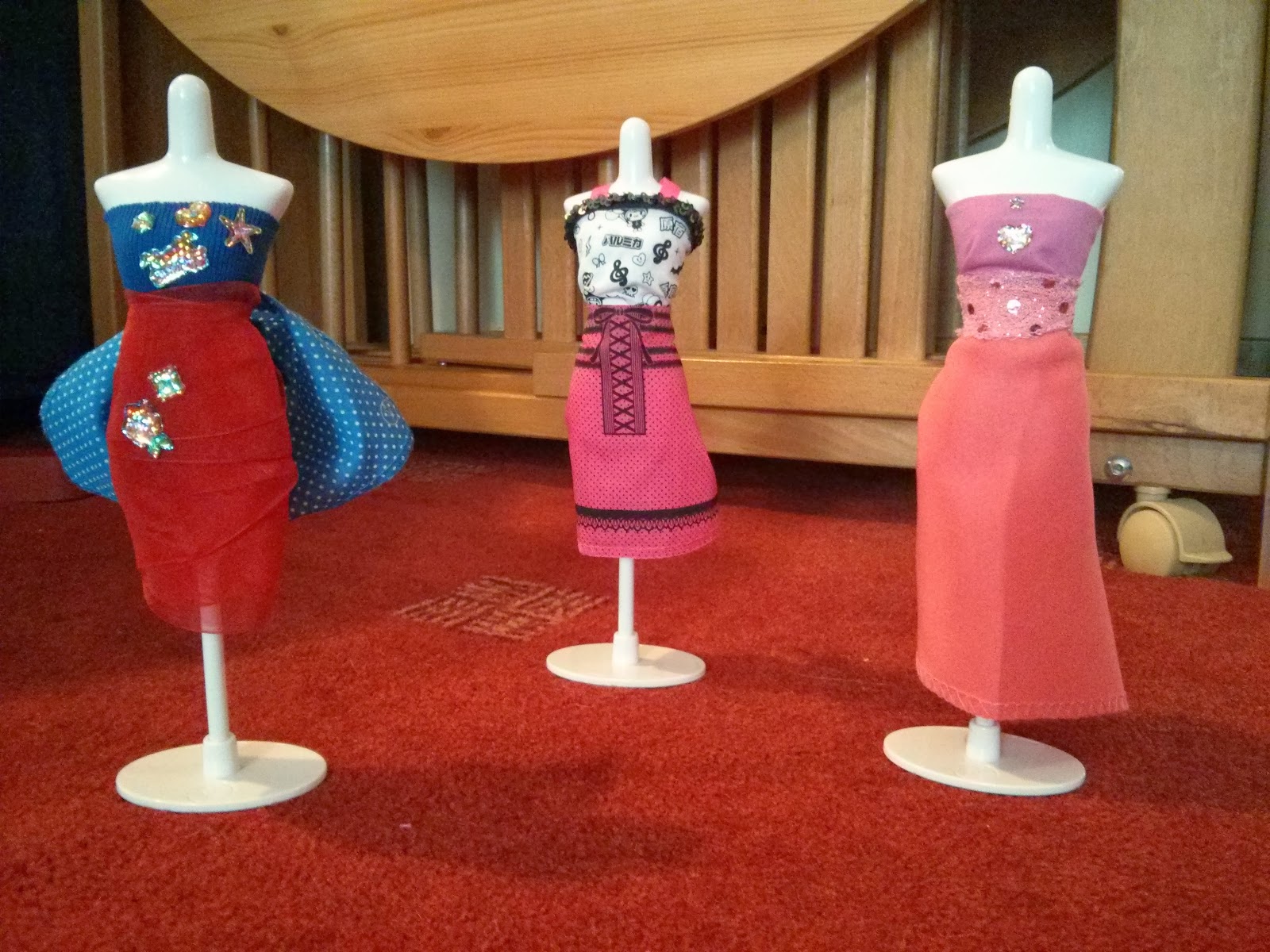 This was a Mario/Gamer theme.

We were sent dolls last year, which we gave out at the party.
Review Toys