- June 10, 2014
Big Boy came to see me the other day, he asked if I would create a few bottles of juice for him and he handed me a stack of paper. After a moment of two I worked out what he had in mind, and set about drawing, cutting and colouring. He had a plan, a plan that would require the skill of an excellent artist (me and did I mention how modest I am?) and the skills of an excellent entrepreneur (him). After I had created these bottles for him, he disappeared with the instructions I was to follow him to his bedroom in ten minutes.

Daddy and I arrived exactly ten minutes later to find out that Big Boy had set up a bar in his bedroom. 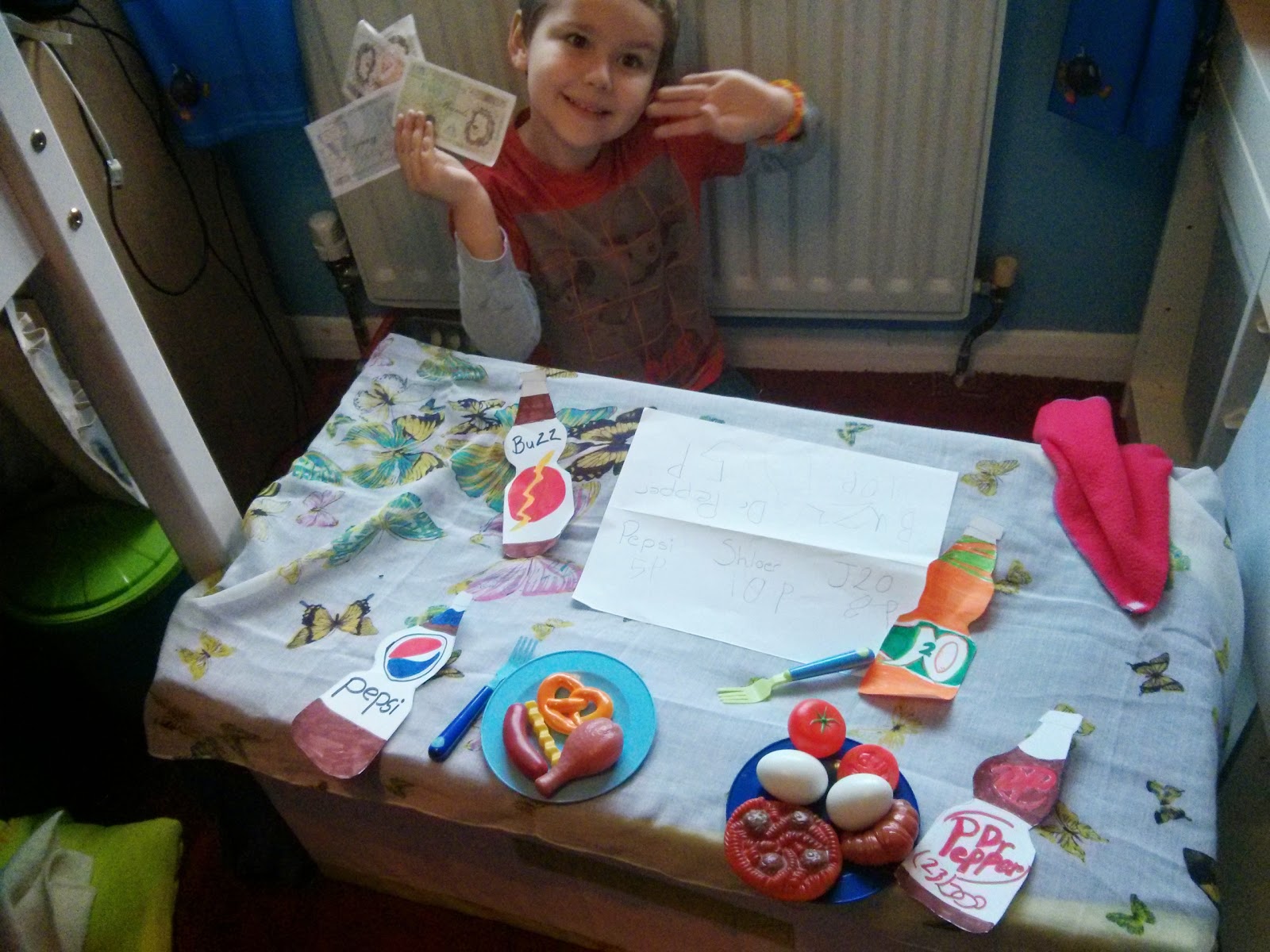 Big Boy was hilarious, he set up the bar showing the various drinks that he sold, he made sure he had a bar rag to mop up any spills, he wrote out a price list and he even decided that he needed to serve food if he was going to make a profit! 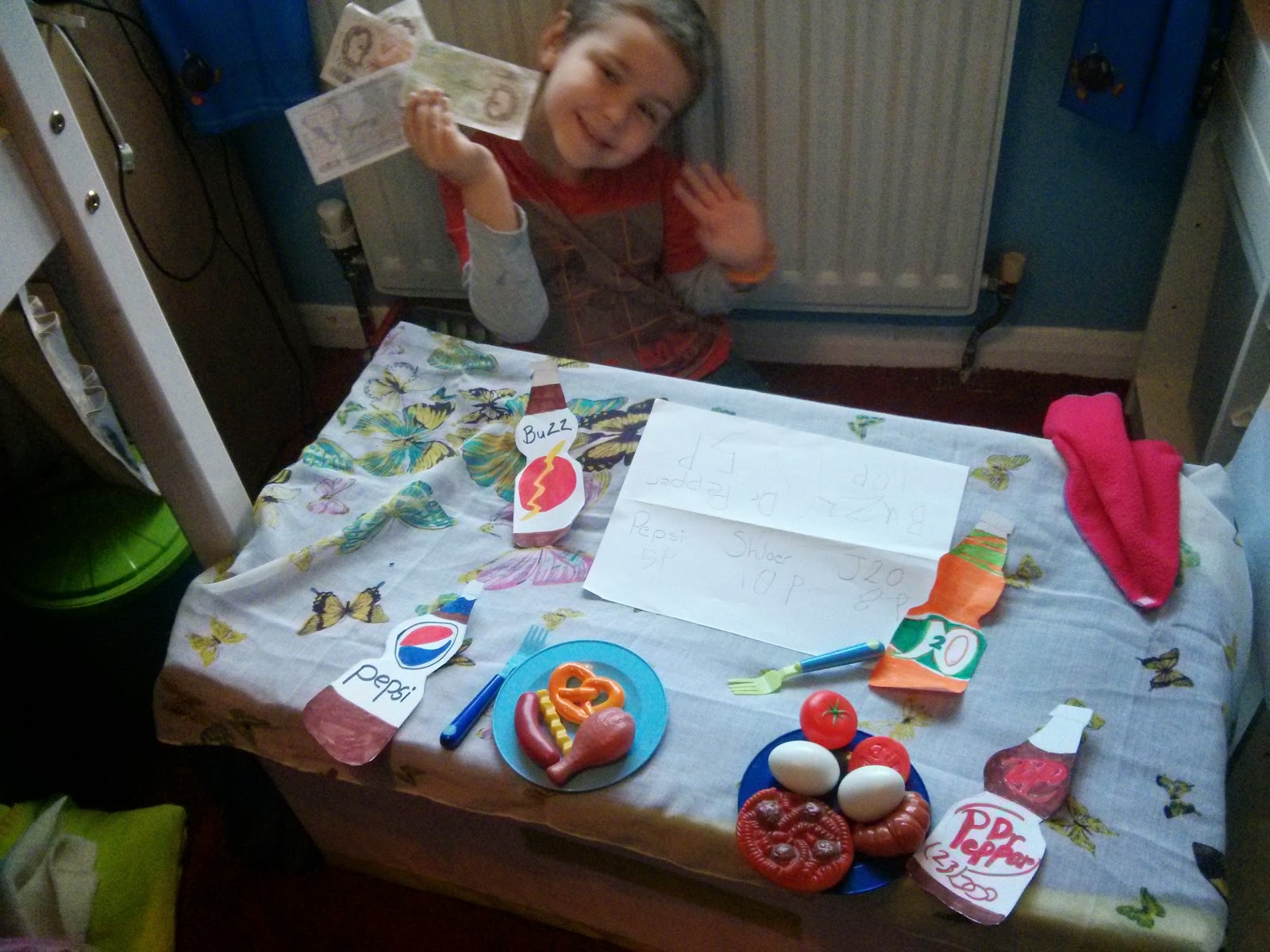 The best part was that he came up with this on his own. There are times when I worry that Big Boy doesn't have the same amount of imagination that I used to have as a child (or still have for that matter) and wonder if the things which I make sure are available to my children, because I didn't have them growing up, are actually causing more problems than they solve. 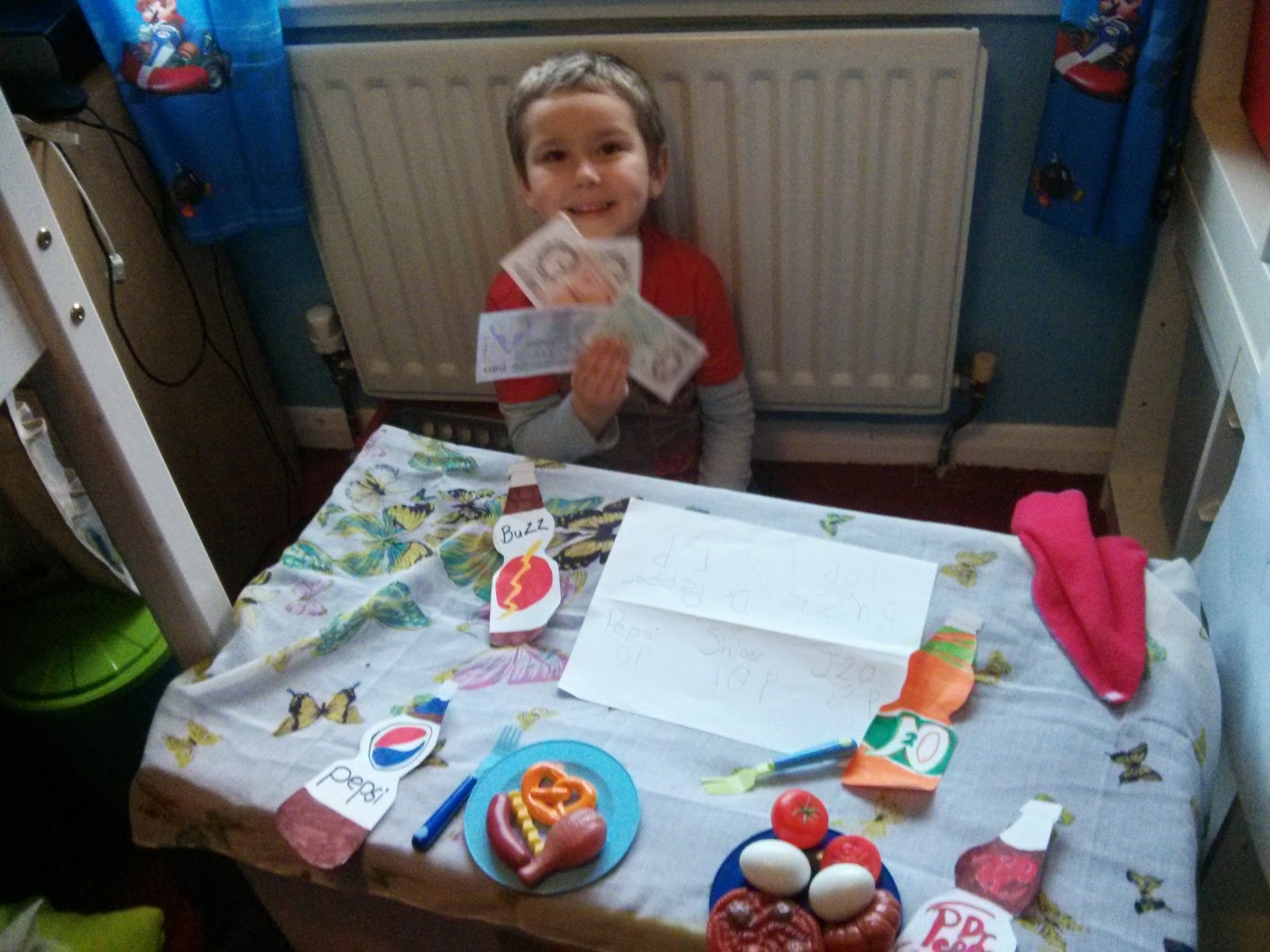 And yet with just one idea, a whole new game was sparked and I realised that Big Boy has a brilliant imagination and apparently me wrapped round his little finger.
Family Life