Philadelphia Has Helped Me #lovelunchagain

- June 17, 2014
I have a love of food. I mean, seriously I LOVE food. I could plan what to cook and spend all my day eating (which is probably why I'm not as slender as I should be!), which why when I was asked to create a lush lunch featuring Philadelphia I was salivating at the thought of what I could make. In the end I couldn't decide which of the three lunches I made below was the best, so I'm asking you to tell me.

The first was inspired by Emma from Outmumbered, who had a Millionaire's bacon and french toast sandwich. I decided if she could do it so could I, so I made a Millionaire's Spinach, Tomato and Philadelphia sandwich. 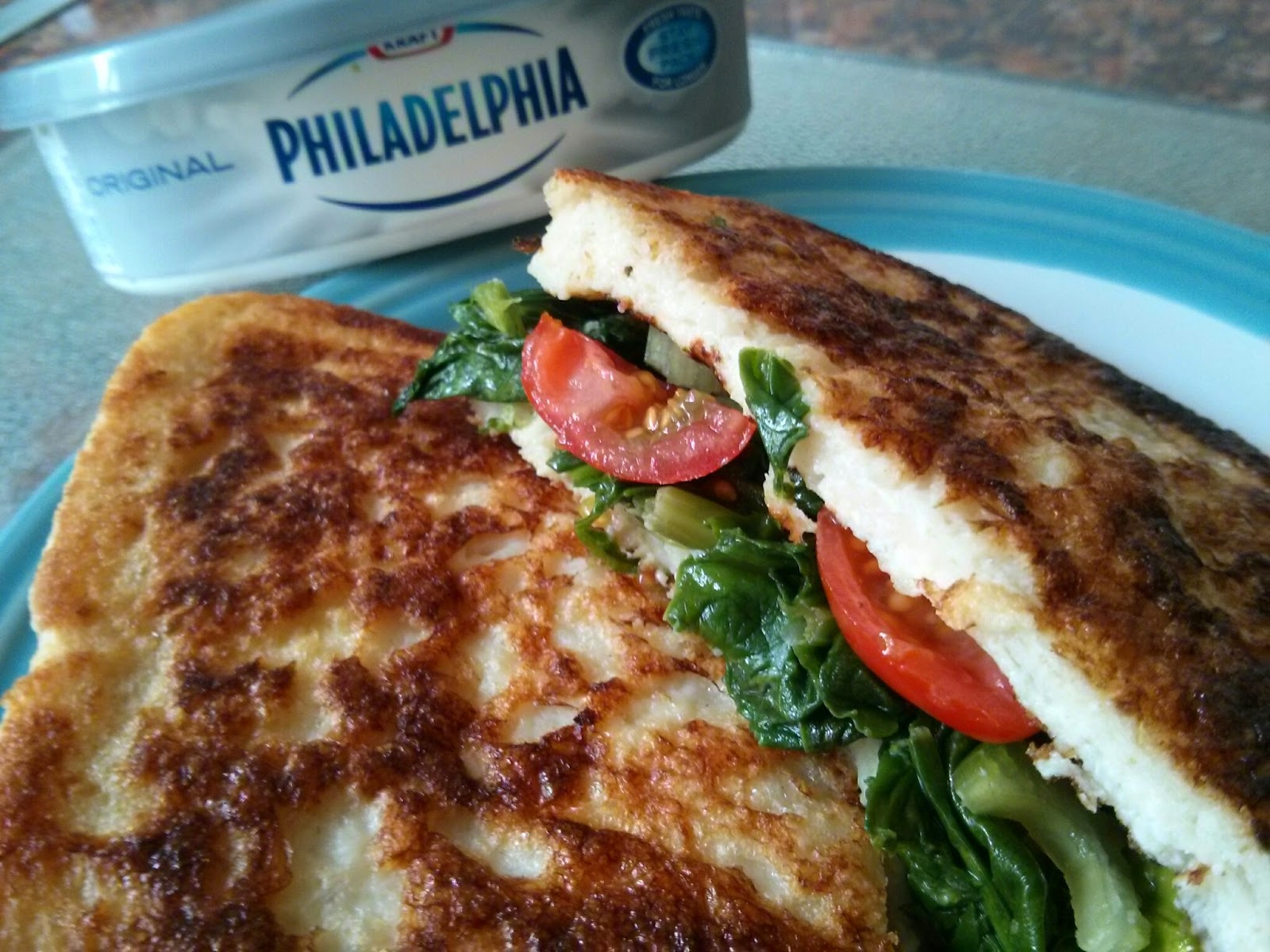 To make this, I soaked two slices of bread in a whisked egg and then quickly fried them, to solid up the egg. I then spread the eggy bread with philadelphia, before layering on some wilted spinach and chopped mini plum tomatoes.

Yes, this is a treat lunch and one that has to be done where you have access to a hob but honestly this was a sandwich fit for a king.

The second lunch was inspired by what I had in the fridge. 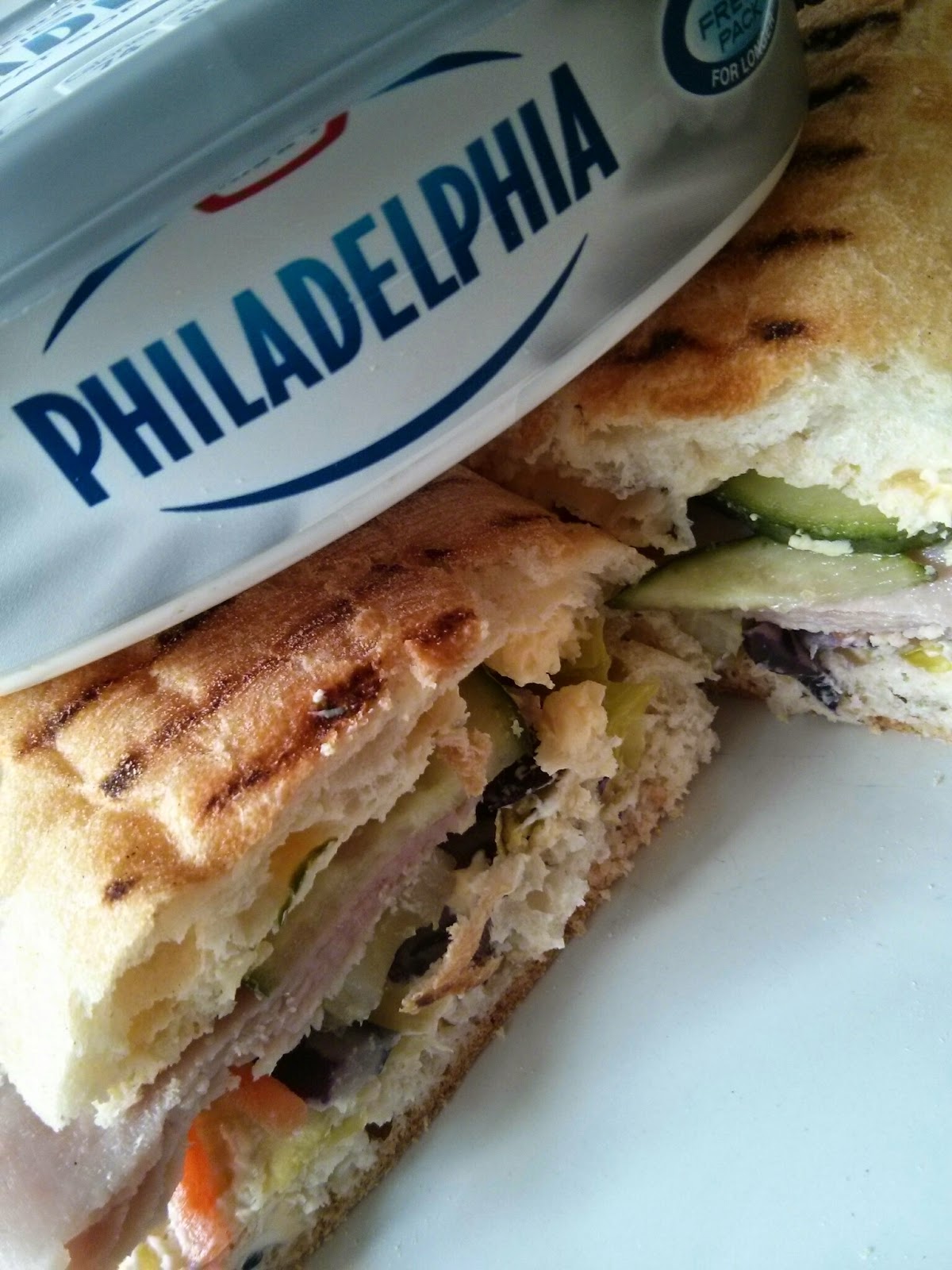 For this Sandwich I made a "traditional" salad and ham sandwich, swapping out slices of bread for a Panini roll and of course instead of using butter I used Philadelphia, which I mixed a little mustard into. The sandwich was again one of the nicest things I had eaten for a long time and the Philadelphia being mixed with the mustard gave it that tang that we crave without being too overpowering.

My last lunch was what I had immediately thought of when set the challenge and it's making me upset, but I'll explain why that is in a moment. First of all the lunch that will make you fall in love. 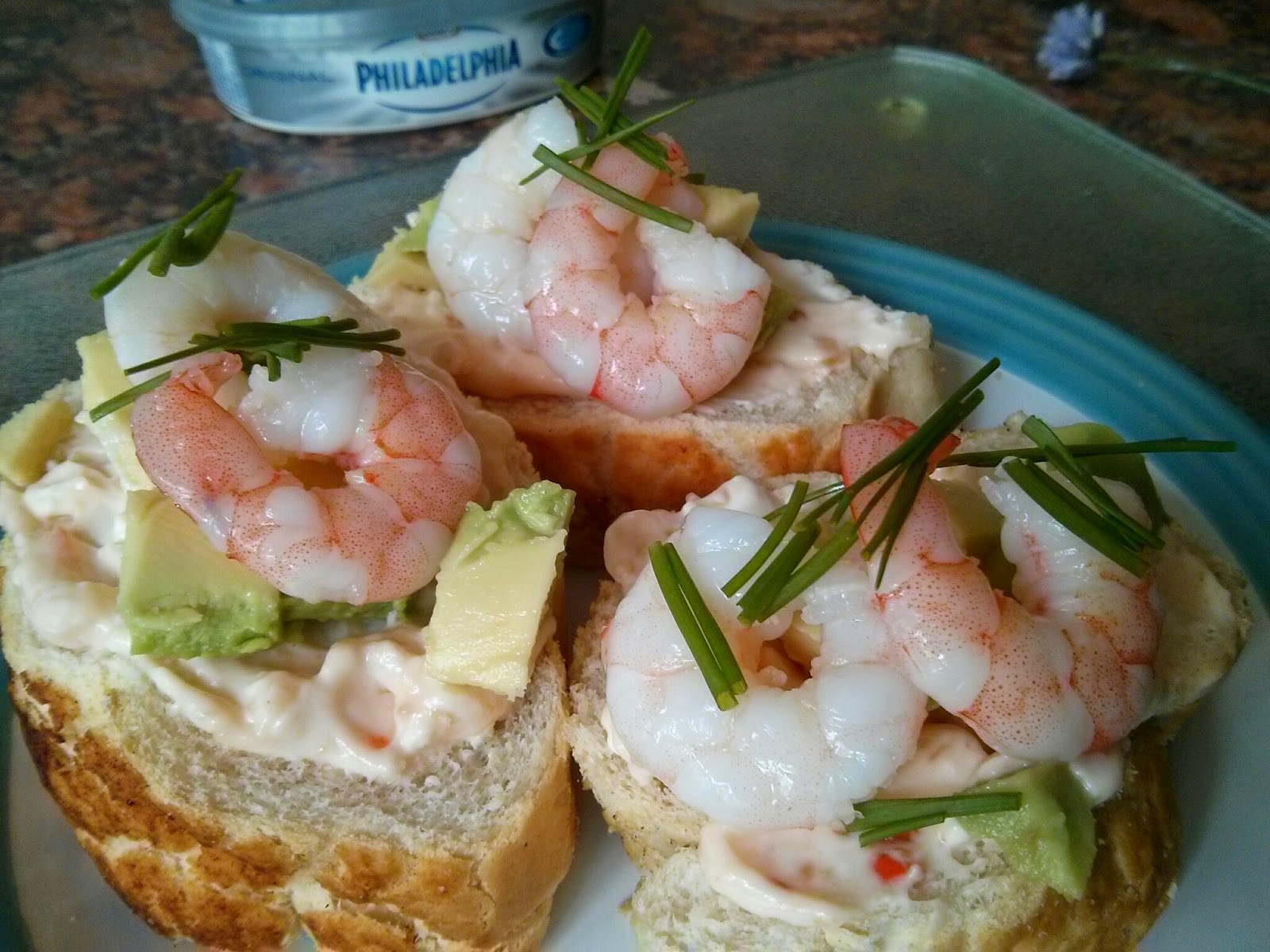 I mixed the cream cheese up with some sweet Chilli sauce and spread it thickly on rounds of baguette before topping it with little pieces of avocado and King Prawns. A quick trip to the end of the garden had me picking some fresh Chives to add to the top and honestly if I hadn't of been thinking about the challenge my sister has set me I could have easily have eaten this everyday for the rest of my life.

The challenge that my sister has set me is to go Paleo for ten weeks and I started yesterday. Honestly this is going to be so hard, especially because I'm drooling over all the lovely bread and Philadelphia in my photos above!

So which of these three sandwiches is the best? Which would you eat, or if you were set a challenge to make a lunch using Philadelphia what would you make?


I was giving vouchers to pay for the ingredients I used, although they came after I had purchased everything so I used them to buy dinner for the children. I was also given three packs of Philadelphia... which my children are using as a dip with their veggies!
Food Sponsored Post