- June 12, 2014
In our house there are three days that you can guarantee what we're eating. On a Sunday, we tend to have a Roast, on a Monday we tend to eat Veggie and lately on a Saturday we have a Curry. This has become a ritual because of the new Morphy Richards Compact Intellisteam Food Steamer that I was sent to review. In case you're thinking oh yeah, steamers I remember when they were popular, know that I thought the same. I too had one of the multi tier steamers in my early years of marriage and countless times the timer would fail or I'd accidentally put it together wrong! 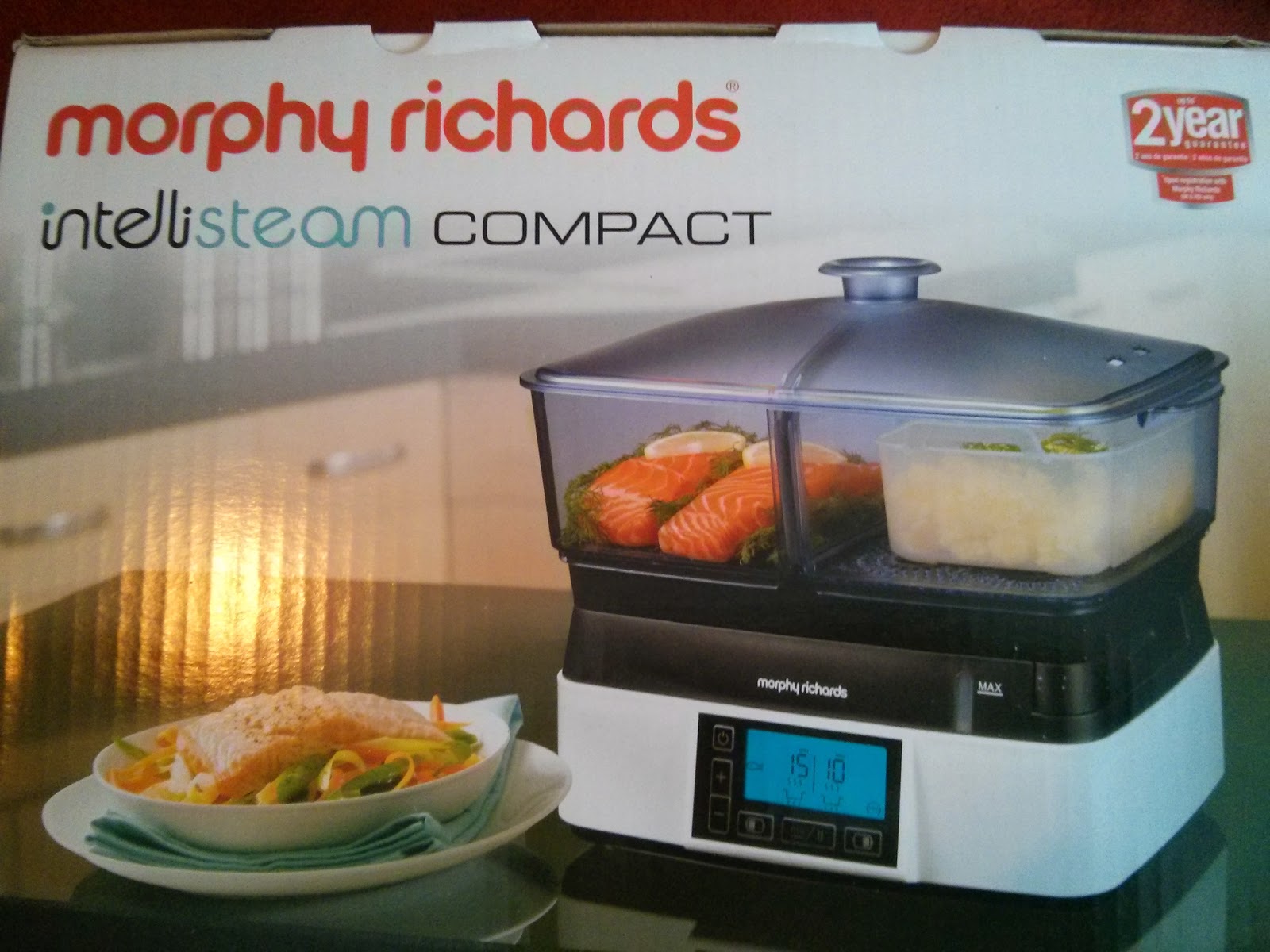 This steamer is nothing like the ones you (and I) were thinking of. This one has a timer (which can be different times for different sides of the steamer), this one is a lot sturdier and it has some handy alarms for when it's running low on water. Although apparently only I make it run low on water and Daddy the master Curry cooker, (well supervisor as the Steamer does all the hardwork) is the only one who knows how to do it properly. 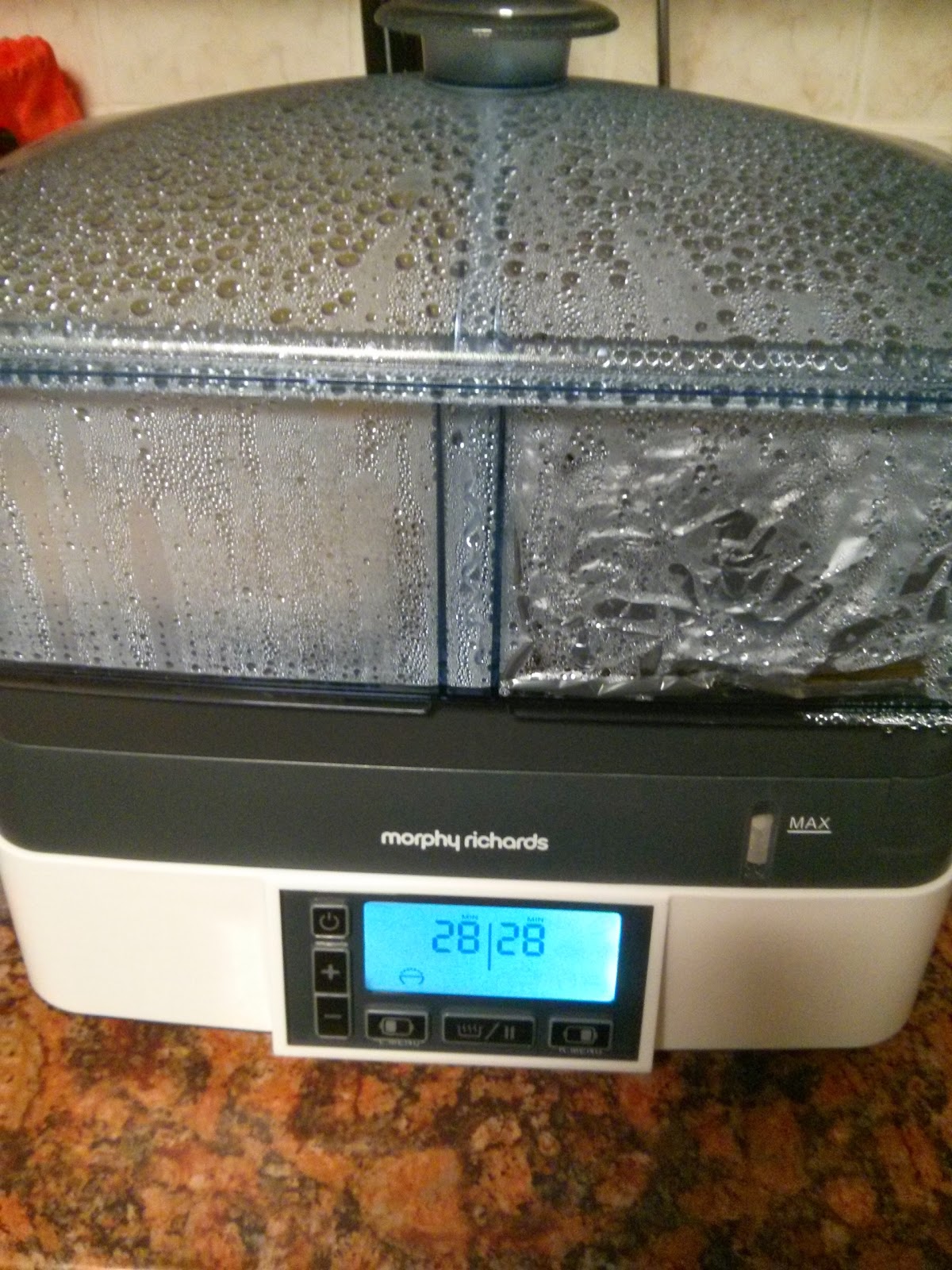 As is normal after getting the machine, I read through the instructions and read the suggested recipes out loud to Daddy. As soon as I mentioned a Curry, Daddy stopped me and declared that to be the winner for the first meal to be cooked in the steamer. Thanks to other things I had on that day, Daddy ended up cooking that first curry. It was one of the best Curry's that I have ever tasted and so we decided there and then that we'd make it again the following week. Daddy took control and cooked that Curry, and the next and the next... in fact Daddy is the only one that has cooked the weekly Curry! 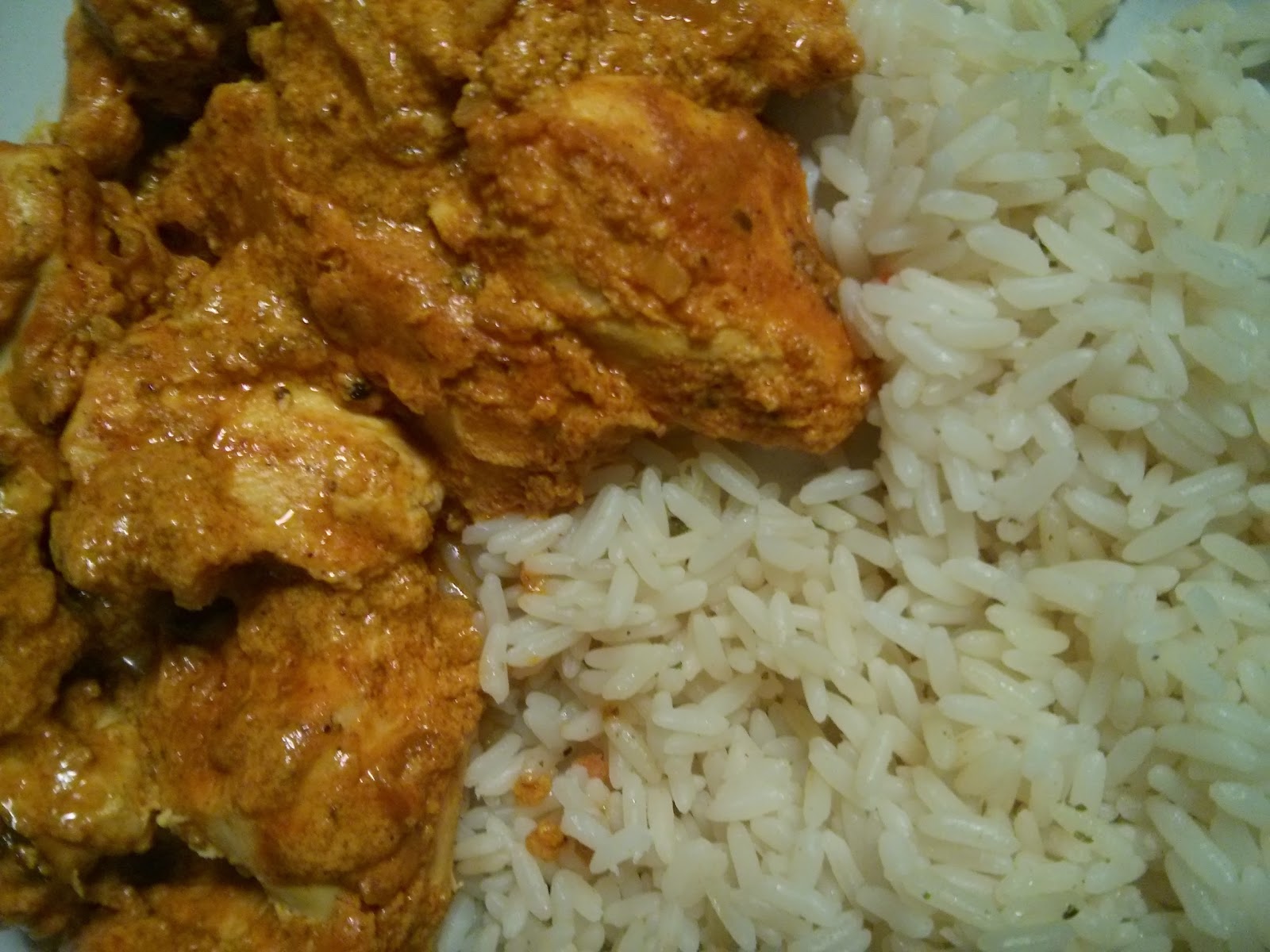 I have cooked other things in the steamer though. I've made Salmon and Vegetables for the children and I, Couscous with Chicken, Noodles and I even hard boiled an egg, well steamed an egg until it was hard boiled... I don't know what to call that.

To put it simply, the Steamer is genius and I've got one to give away so all line up nicely to enter via the Rafflecopter widget below.