- June 03, 2014
Big Boy absolutely loves the Teenage Mutant Ninja Turtles, so much so that he refuses to believe that they could have ever been popular before he knew about them and that there was no way that they were popular before he was born and when I was a child. Luckily, I don't mind pretending that I don't know all about the Turtles, what their weapon of choice is, what they love the most or any other of the hundred titbits of information that he relates to me on an almost daily basis. On his birthday, a special parcel arrived for Big Boy. It was a parcel of toys for review and those toys were TEENAGE MUTANT NINJA TURTLE TOYS! 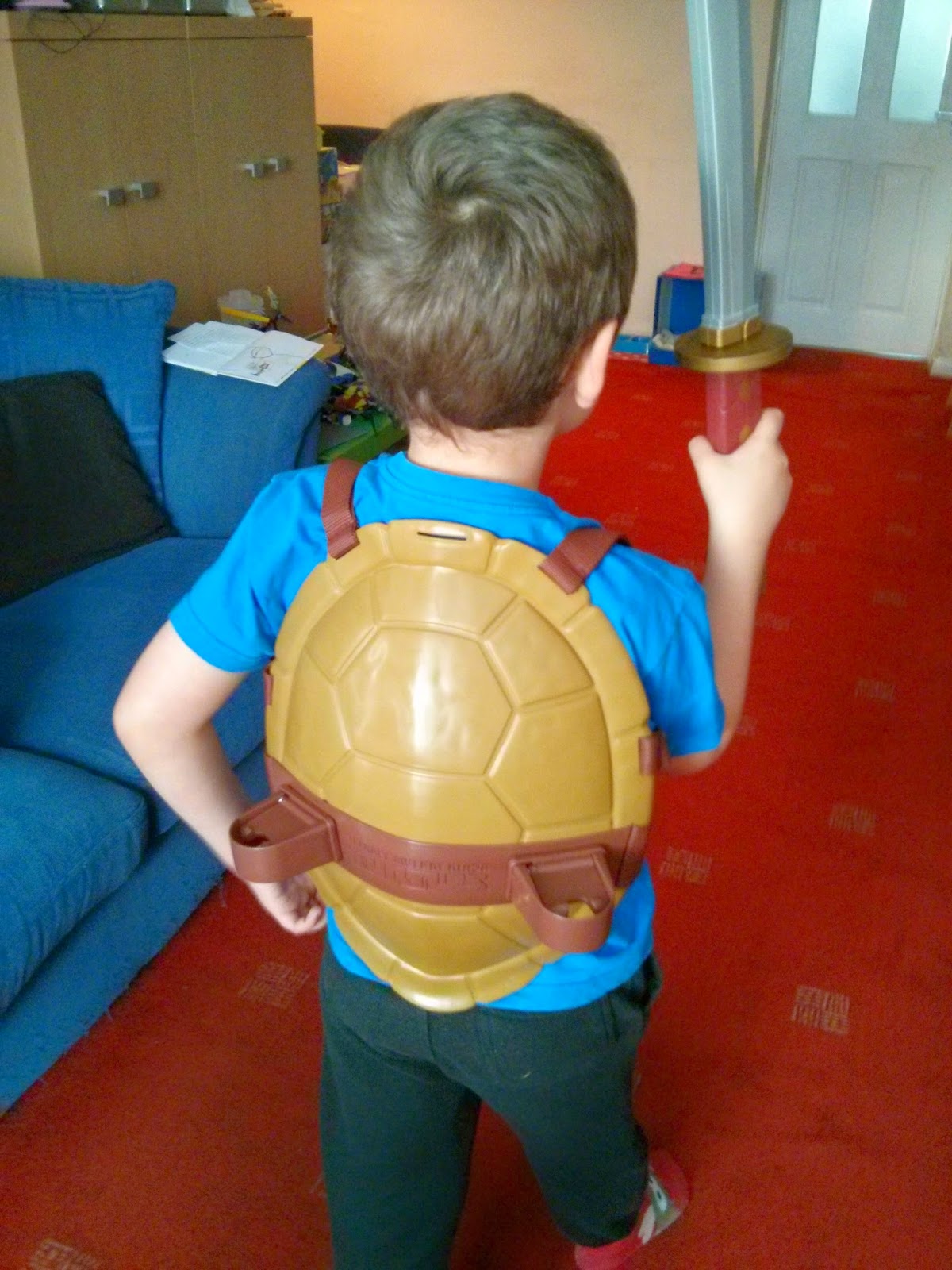 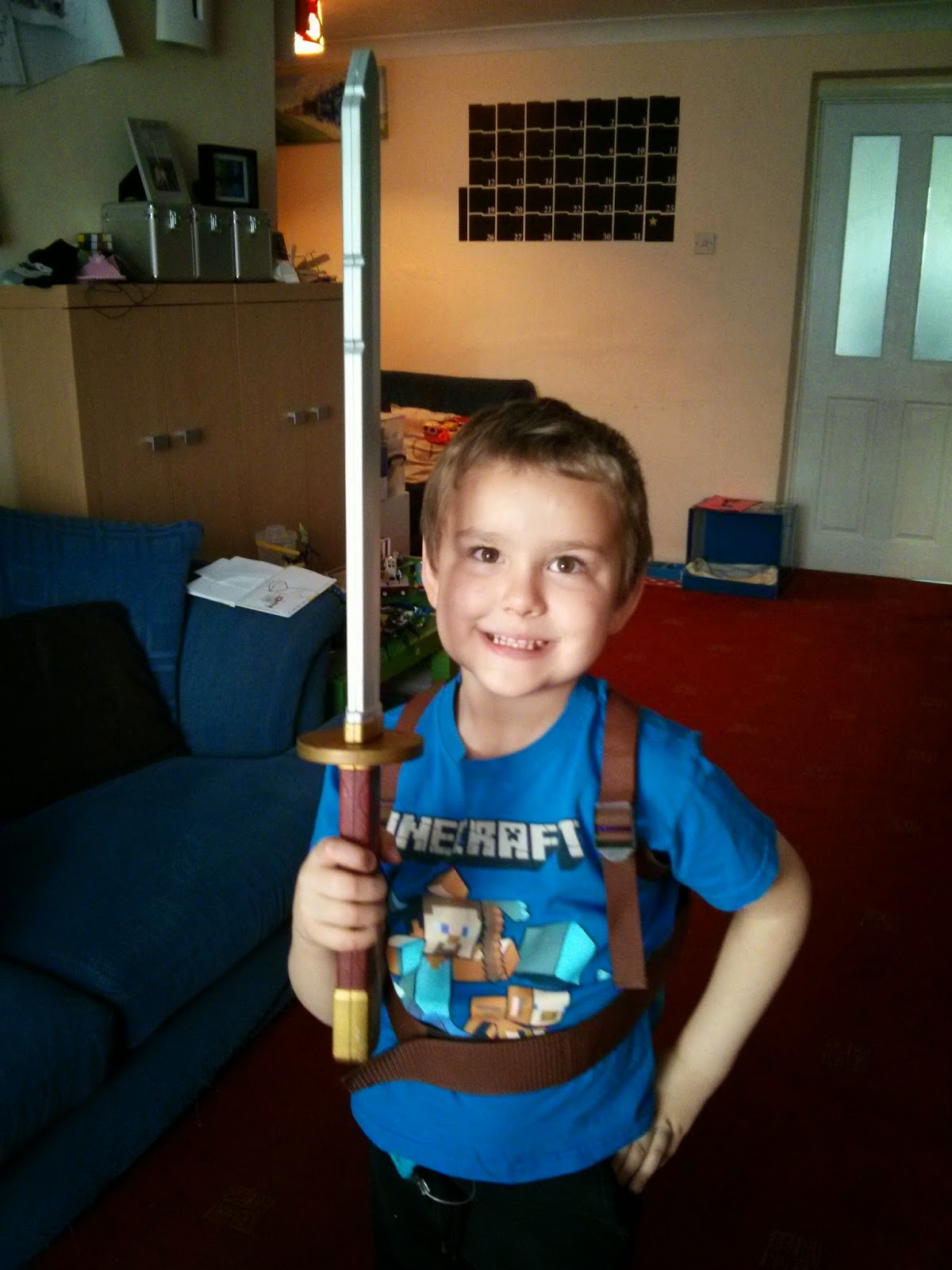 Honestly, when Big Boy opened these gifts he thought that the team that sent it to him were the best ever and I was elevated to being the most fantastic mother in the world. He said so, many, many times that evening.

Big Boy loved the shell, and I have to admit that it was better than the one that goes with his costume, for a start the shell is hard, which is how a turtle shell should be right?! It is also great because it has space for the Turtles weapons on the back, which means a whole lot of swishing goes one with Big Boy pulling his sword from his back and attacking!

The foam sword looks impressive. It makes a good thwacking noise when it hits the floor or anything in its path, but thankfully when it accidentally hits me it actually doesn't hurt that much. It also make a good chew toy for two naughty kittens... 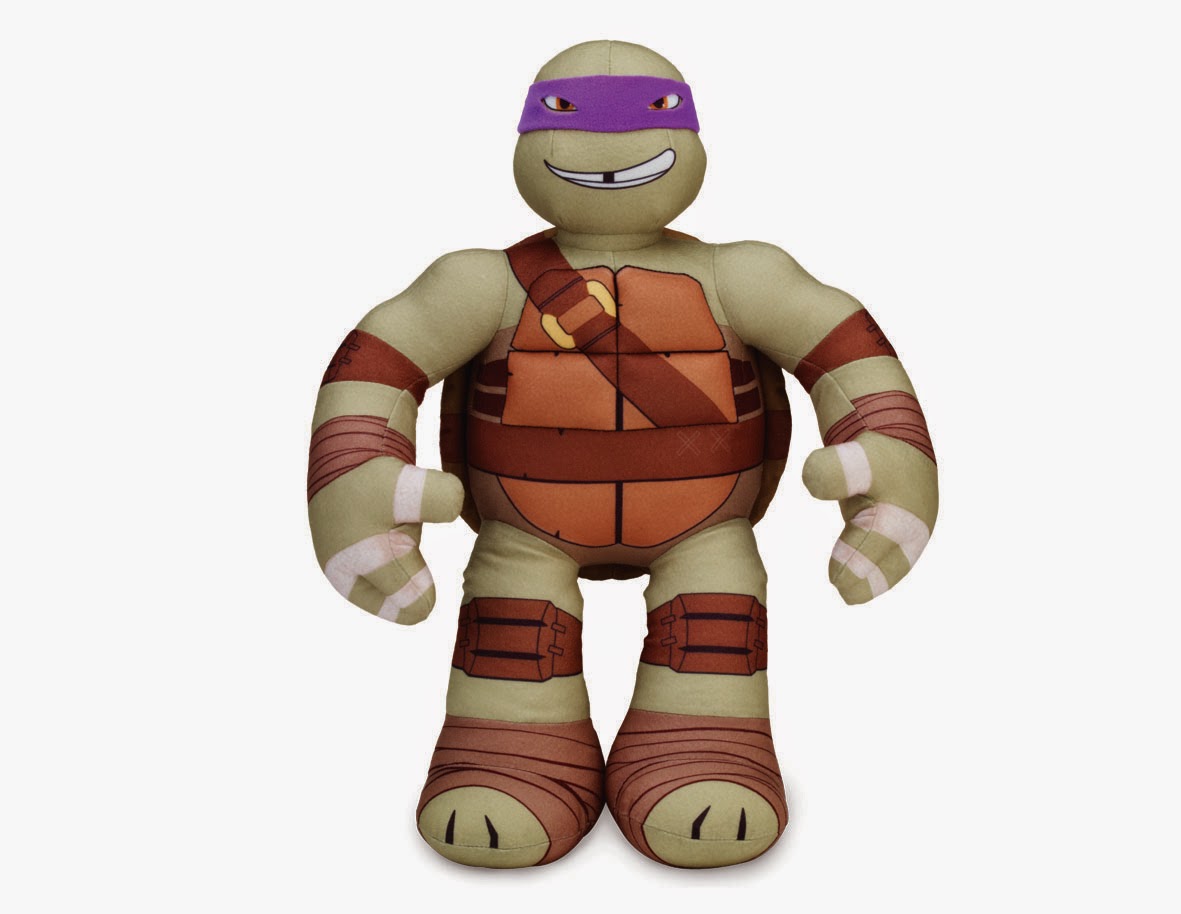 The last toy that Big Boy got was a Donatello Practice Pal, which is a soft 16" figurine that you can practice your Ninja skills on. The great thing about it is that it makes a noise when you hit it, or sit on it, or throw it to the other end of the living room. It also makes a noise in the middle of the night when you're fast asleep and roll on to it!

The toys are suitable for children aged 4+, but quite honestly I'm in my thirties and I love playing with them!

We were sent the toys to review.
Review Toys