- January 13, 2015
Once a week, I give the children a special breakfast. Sometimes it's presented to them on trays whilst they are in bed, other times it's laid out on the table in the living room, or sometimes they get to eat on the sofa and watch some cartoons on TV. I figured, that with all the stresses that they are under on a daily basis (nothing major, just normal 11 year old girl and 6 year old boy stress) they deserve a bit of pampering and as they do take after me in a few ways, giving them a pastry treat for breakfast works out well for all of us. Jus Rol, sent me some vouchers to buy some of their us Bake it Fresh products, the range includes Apple Danishes, Croissants, Focaccia & Garlic Pizza Bread... admittedly the last two aren't something I've yet served the children for breakfast but may have had myself a few times in the past. 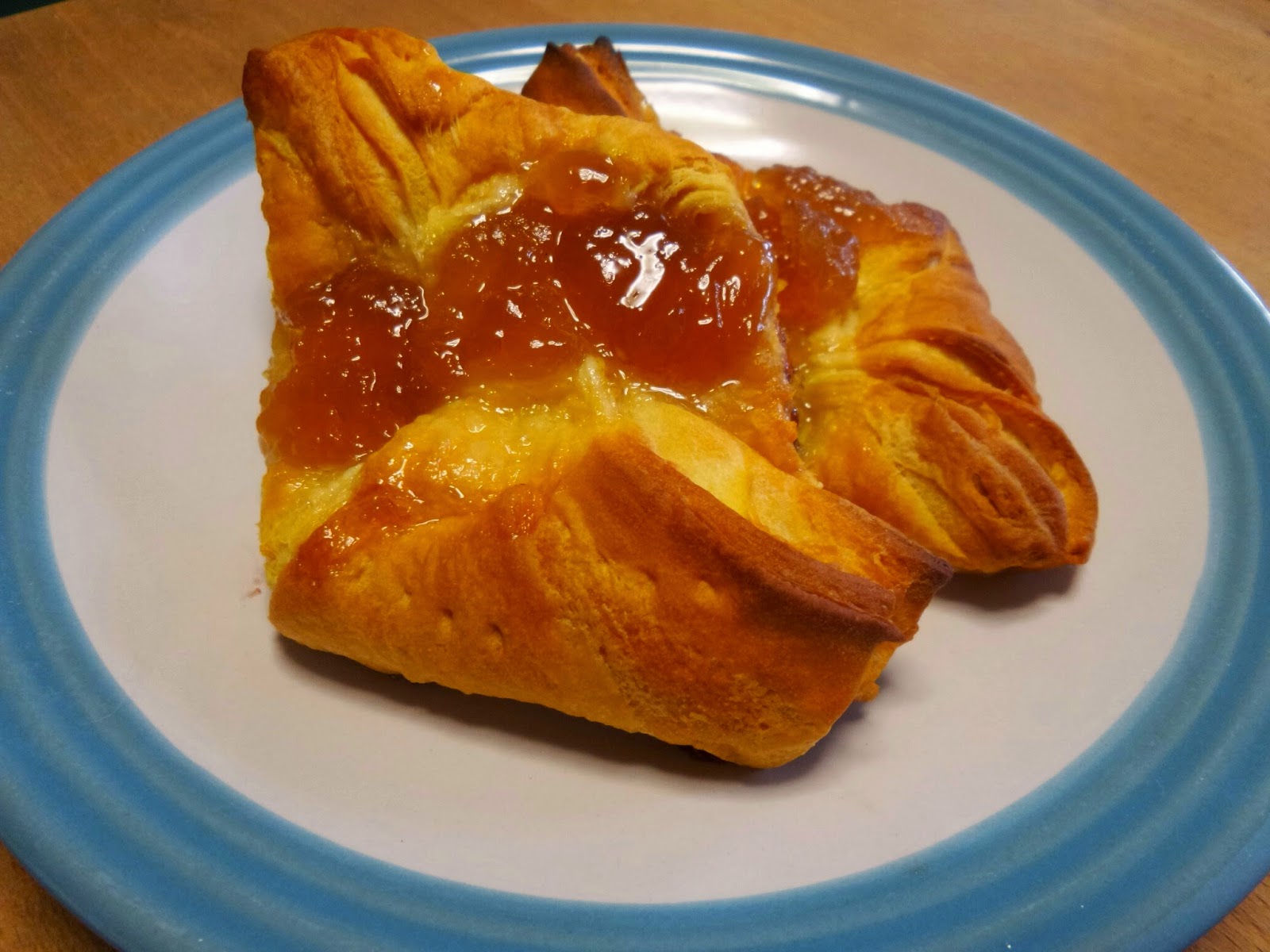 I took BB with me to the Supermarket, I'm not sure where Top Ender was or why she didn't come, but it meant that Big Boy got to pick what I used the vouchers on. A pack of Apple Danishes and Cinnamon Swirls were quickly added to the basket and along with some Mummy Orange Juice (it's just what they call a fruit juice they like), some fruit and a few other bits and pieces that we needed (probably loo roll, we always need loo roll) we were done and back on our way home. The Cinnamon Swirls and Apple Danishes unsurprisingly weren't Top Ender or Big Boy's favourite breakfast treats. I didn't mind as it meant I got to eat the rest of the batch although you know that diet I'm on? Yeah, breakfast pastries aren't supposed to be included in that. 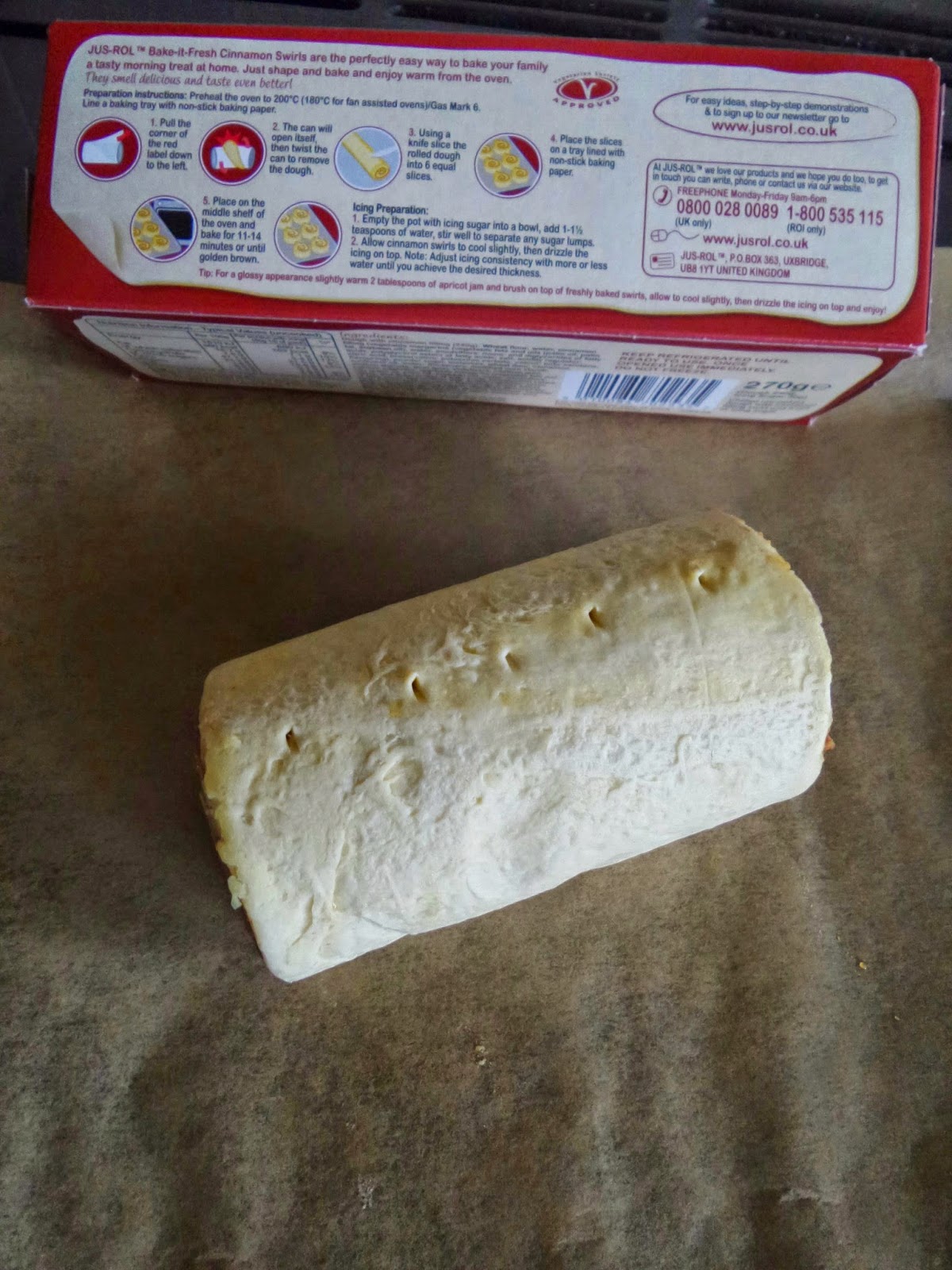 The next week when I went to the supermarket, I picked up some Jus Rol Bake It Fresh Pain Au Chocolat and Croissants. These two I knew the children would like and sure enough when treat day rolled round and I presented the children with just out the oven Pain Au Chocolate they were rather blissed out. 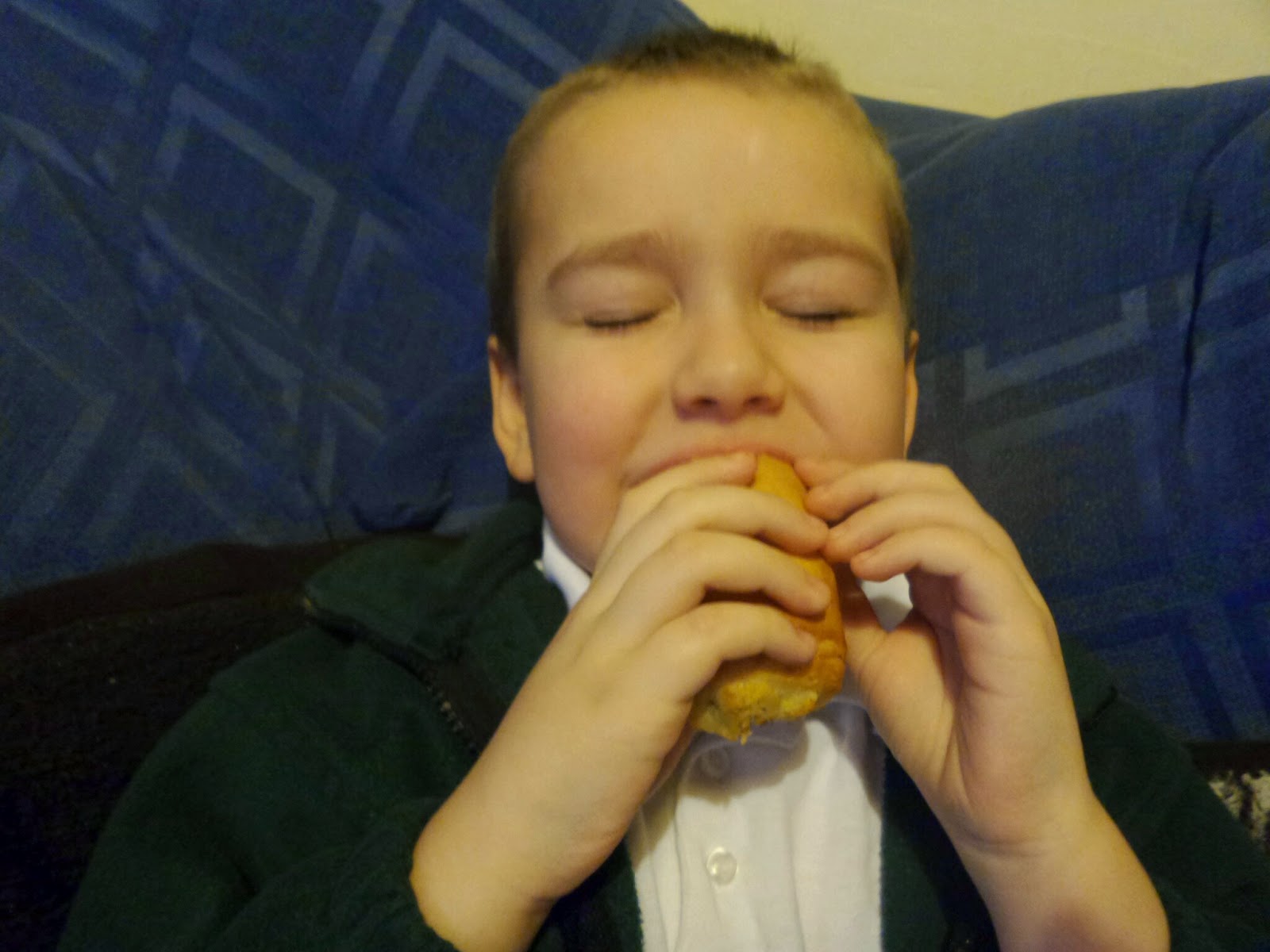 So the children think that I'm fantastically clever for putting together brilliant breakfasts for them, little do they realise that it takes all of two minutes to open the Jus Rol packs and prepare the pastries for baking and then whilst they are in the oven all I need to do is chop up some fruit and pour out a couple of glasses of orange juice... heck, I don't mind taking the credit and I'm sure Jus Rol don't mind me taking all the credit either!

We were given a voucher which paid for our initial Jus Rol purchase. The ones I've made after that have come out of my budget.
Breakfast Food Review