- January 22, 2015
A few weeks ago whilst I was perusing Pinterest I found a brilliant idea for our Den. Well, rather I found a brilliant idea for how I would like our Den to be. Basically, I thought if we could move the game consoles from the Living Room to the Den, it would free up the TV and also allow the children a more relaxed area to game in AND I'd be in a better position to monitor what was going on. I showed the picture to Daddy, who thought it was a great idea, so much so that he told Top Ender and Big Boy that we were going ahead with it, before I had even decided that this was what I wanted!

At roughly the same time Toshiba got in contact with me and asked if I'd like to borrow one of their TV's over Christmas. Daddy and I didn't really need a new TV in the Living room, as after our TV caught fire in the Summer (the same weekend, our car ran out of petrol on the way home from my Birthday Meal out and our bed collapsed in the middle of the night!) we got a fairly snazzy one... however we did need one in the den so we could trial if having the game systems in the Den would work for us as a family!

So the TV was delivered. It was actually delivered the day I was so poorly that I couldn't even get out of bed so Daddy decided to install it in the Den for me. I was little worried that it was going to be too big for the Den, but as we used it with the PC, the games consoles and I curled up on the den sofa to watch back to back episodes of all seasons of Friends and the Harry Potter movies we realised that it wasn't too big... in fact it was the perfect size! 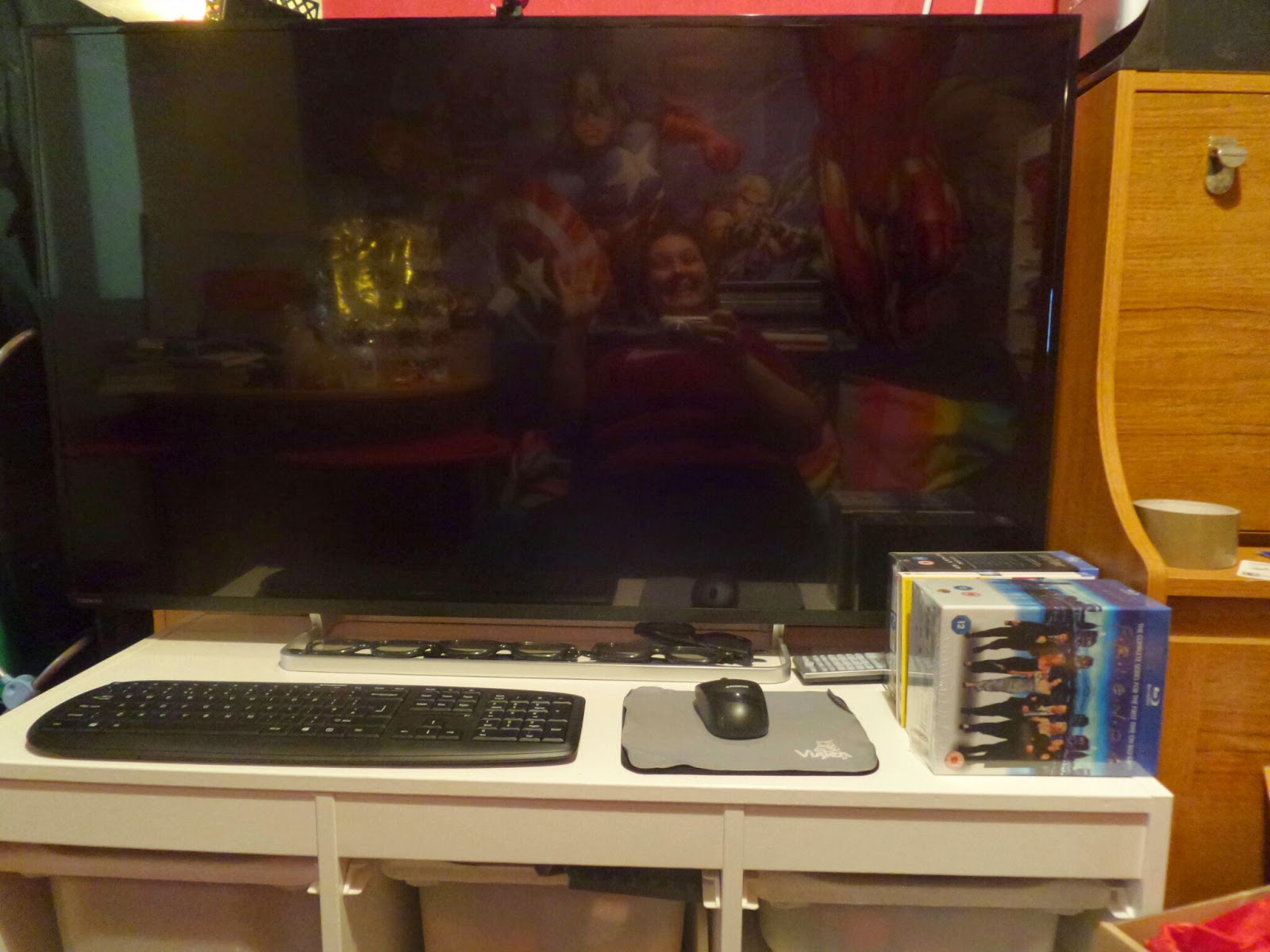 Daddy had a couple of weeks off over Christmas and so my usual spot of sitting on the PC between chores was taken up by Daddy, who was occasionally signing into work to check on emails and sort out a few little issues etc. Not all of the consoles were moved into the den (the Wii U stayed on the main TV because I use it for Wii fit and I need space to swing my arms about and the like) and so when I couldn't use the main TV I found that I ended up sitting in the den when the children weren't playing on the consoles that we had set up there.

If I wasn't using the PC, I would watch something on TV that the children weren't interested in or throw on a video (well DVD). I even managed to work out how to use the catch up services to watch a couple of shows I'd missed out on over the Christmas period. Even when the Missionaries came round for dinner, they had wanted to share a video with us and so I simply just ran Youtube on my phone and told the app to run the video on the Toshiba TV, much simpler than having to load up youtube on the TV and find the video to run. It was exactly as we had originally intended the den to be used and all I'd needed was a larger TV and one that was Smart too. Who knew?!

So now I'm saving up for a Toshiba L7 Smart TV in the den and I have a feeling the children and I are going to be fighting over who gets to use it when!

We were sent the TV and DVD player to play with over Christmas. We were also sent a hamper which had some cool mugs, some DVD's and the onesie which I took a picture of me wearing and told you all not to share all over the internet!
Family Life Review Technology