- August 20, 2017
After having got up entirely too early and then spent an absolute fortune on new School uniform and shoes, I thought that we needed something fun to do as a family and so I suggested that we go Wild Swimming at a spot that wasn't too far from home. Luckily, Flyfour and the children were up for a bit of an adventure and so after a quick change of clothes into swimming costumes and our quickest drying clothes/shorts we were off. 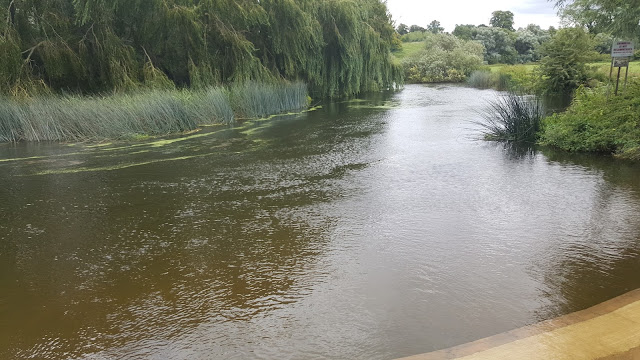 The day was one of those annoying British Summer days, where it couldn't make-up it's mind if it wanted to be sunny or cloudy and as we arrived at the steps the sun decided that it wanted to stay hidden behind the clouds.


We paddled on the steps for a few minutes, complaining a little about how cold it was and why on earth did I want to go swimming in the wild anyway? When Flyfour took control a bit and told me to get in the water! So I did.

Again, it took ages before I was ready to go in further than my waist, but eventually, I took the bull by the horns and just swam and as I did the sun came out as if giving me a blessing for what I was doing! 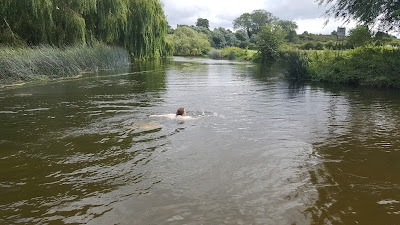 The children continued paddling along the edge before eventually, Dan Jon decided to join me. 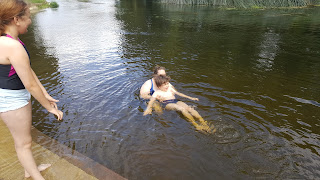 And eventually, Top Ender decided to join me too. 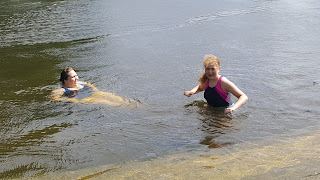 It was a brilliant afternoon and I can quite honestly say that I think this is the most fun I've had ticking something off on my Birthday Bucket list, so far!
Birthday Bucket List Family Life Free Days Out Hobby Summer