- August 02, 2017
After Top Ender had made her Paper Craft Camp Site, she had left it downstairs in the living room for everyone to admire. We were all really impressed with the effort she had put in. 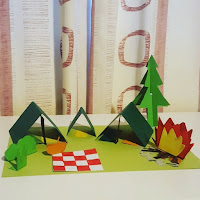 The next morning when she came downstairs, somebody else had apparently been impressed with it, as she had some visitors. 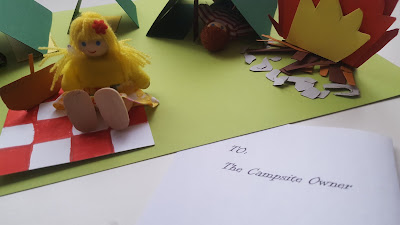 That's right two dolls had appeared in the night, and left a note for Top Ender as The Campsite Owner. 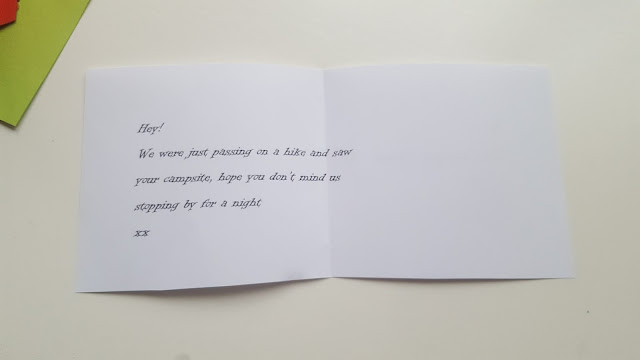 The next morning they were still there, but at the other end of the living room were two worried parents! 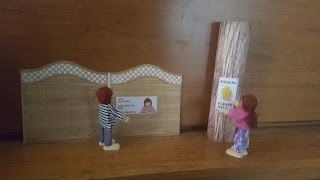 Can you blame them? Their children are missing!

Luckily, by the third day everyone was reunited. 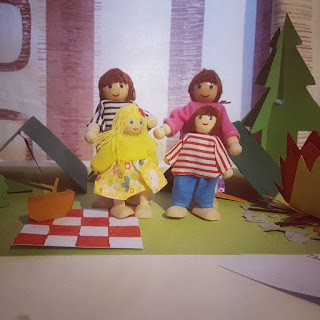