- July 11, 2011
When we went to see Shaun's Big Show, Big Boy was quite excited as he really loves the animated series of both Shaun and Timmy.

We were all sat in the auditorium and as the show started Big Boy was immediately transfixed by the dancing sheep and Bitzer (the dog). A few moments passed before Big Boy realised that there was a huge secret that only he knew and he had to share with his family so he stage whispered to us;

"There are people in those costumes!" 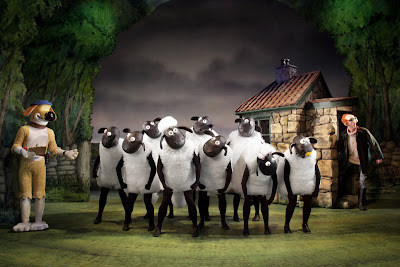 The costumes were really great though.
Funny