Rain, Mud and Some Honey!

Last weekend Top Ender and I went to Latitude. Top Ender has already sort of given her impression of the day in  her guide to Festivals for Children, but now it's my turn! What can you say about a day spent in a muddy field listening to music whilst being rained on? Well, if you spent the Saturday at Latitude you would probably say something about it being amazing and an experience that I would want to repeat, and if possible to repeat soon! 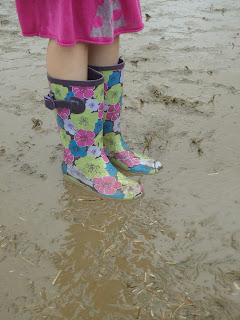 I was really disappointed that the two groups that we I wanted to see most out of everyone that was on we missed. I could have kicked myself but the problem was that I wasn't going to pay for a copy of the programme for the festival as I thought that it was too expensive, especially when there were a couple of boards up with the times of who I wanted to see! I also found the app that I downloaded from the apple store to be particularly useless, I mean I know it was free but the info on the app was all the information I could find on the website if I wanted.

Spending one on one time with Top Ender was fantastic and even though she was complaining about being cold and wet and that she didn't like the performers that we were watching she did manage to survive the day and I think that she did actually enjoy herself, especially when the sun came out in the afternoon and dried us both out a bit. And to make it even better she got her face painted in the Rowse Honey tent and got to play a few games and to find out from a real Bee expert about the lives of Bees! 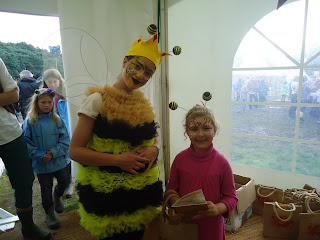 I think that for me the festival was good as I hadn't heard good music live for quite a while and hearing some performers (like Ed Sheeran) who I had heard but never really listened too gave me a deeper appreciation for them... and has meant that I have been buying tracks like nobody's business!

Would we go again? Absolutely! Maybe I'll even become a Festival Going Regular! 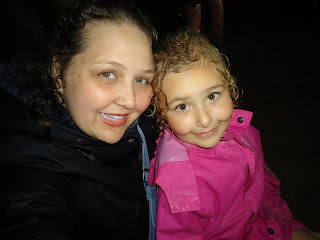