- November 02, 2011
Fisher Price gave us some toys in a goody bag and had offered to pay for my travel.

Last week Top Ender, Big Boy and I were invited to the Fisher Price Party at the Baby Show. Having been to the baby show before I knew that there would be a lot to look at, and for the ladies who are pregnant in my life a good chance for me to hunt out some unusual baby gifts or something new that I wish had been invented when my two were small. I was also really interested in talking to the team at Fisher Price as they have been a huge part of my life (and of Tops and BB's and their cousins) as so many of the toys that we play with or have played with are part of the Fisher Price range. It was really interesting hearing from Dr Deborah Weber about how the designers look at how children play with toys and they use this and feedback to make some truly great toys. 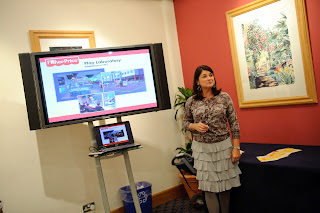 Whilst Deborah had been talking the children played in the toy area with a huge selection of toys for the Fisher Price Range. After the short talk us Mums (and a couple of Dads) had a chat and a catch up with each other. I was lucky enough to spend some time with Luschka (Whom I adore as she is so wonderful and so beautiful too) and even had time for a quick chat with a few other friends (Karin, I'm going to say it again I have bump envy) too. 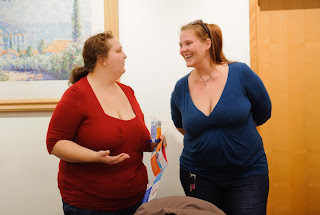 I started telling the Fisher Price team about the night before when Big Boy had announced that for Christmas he wanted a dinosaur. I was puzzled until Top Ender let me know that there is a new toy on the market from Imaginext a Mega T-Rex and that she thought that it might be from Fisher Price. I had looked at Top Ender with the sort of look I normally reserve for times when she has told me something that I know to be untrue before googling the toy and finding out that it was indeed a Fisher Price toy! I had no idea and now Big Boy was sitting in the Fisher Price Toy area playing with this T-Rex. I had placed an order for it the night before with an online toy store, but they have cancelled my order so I will be searching for the best price on it this week. 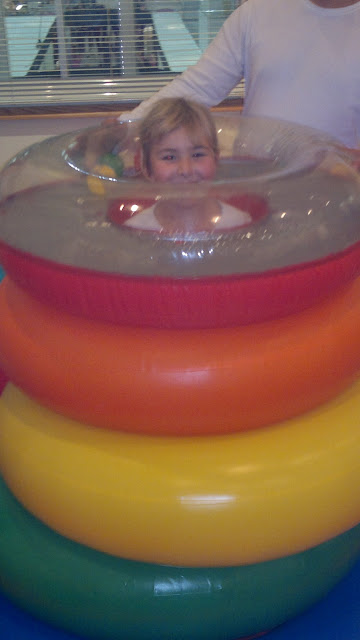 This is what is great about Fisher Price, they aren't just baby toys or baby products (although my sister has her eye on the new Fisher Price high chair which has a removable tray that can be put in the dishwasher) but they do products and toys that are suitable right through the preschool years.
Toys