Youngs Seafood and Fish Balls - Fish Is The Dish

- January 31, 2012
Just before Christmas Youngs Seafood and the lovely people behind Fish Is The Dish arranged to send some frozen fish fillets, fish cakes, fish fingers, fish pie and easy cook fish pieces to fill up my freezer. Normally the only fish that I have in my freezer are a few Salmon fillets, some gluten free fish fingers that Daddy takes to work and some prawns (I don't think I ever buy prawns yet they are always in the freezer, I think my Cats put them there) so this was a new experience for me. If I am making something with fish I will either use the fish that is sent or will buy something from a fishmonger to use, just because I'm not used to having fish you can cook from frozen. 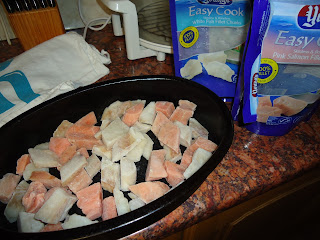 I quickly figured out the fish pieces are great to have in the freezer as they can quickly be turned into something tasty and filling as they don't have to be defrosted. Jo at Mummys Knee suggested that I fry some with sweet chilli sauce they would be perfect for a late night snack and wouldn't you know it but she was right! Big Boy and I have been making fish balls (method a bit further down) for lunch and I've had enough of the fish pieces to make some more Pippa made up fish dishes some of which haven't been as successful as I would have liked but I will keep trying as the fish pieces are £2.99 so affordable on my budget. 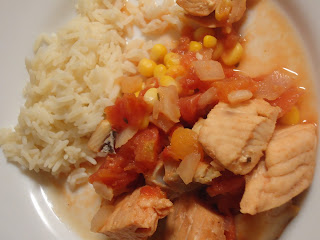 The fish fillets are good to keep for the nights when Daddy isn't here and we are after a quick last minute dinner, they are also great to use when Top Ender and I have the late night Friday munchies as Daddy just throws them in the oven and they are cooked and ready for Tops and I to share. Daddy of course can't eat them as they aren't gluten free, so it's a nice treat for me and Tops. Big Boy prefers the fish cakes to the fish fillets and only in part because of the Jamie Oliver adverts on TV where Jamie gets frozen into a big lump of ice!

The fish fingers were a favourite of course and were made in to fish finger sandwiches and our much debated over fish finger pizza. The hands down winners though were the fish pies which BB and Tops split between them. I was surprised as I didn't think that the children would eat Pollock as they aren't too keen on it as they think it tastes too strong but apparently not if it has a creamy sauce. 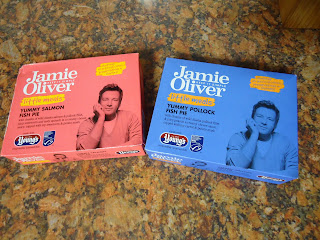 The fish cakes are really lovely. I found them to be quite big and they were fluffy on the inside and crispy on the outside which is better than fish cakes I have brought in the past and ones that I have made too. I'm going to be adding them to my shopping lists in the future and persuade Daddy to do a few more late nights at work...

Right Fish Balls. So BB and I love fish and potato and we don't always want to eat them separate or with fish as a topping on a jacket potato and so we came up with the idea of combining them, rather like I do with rice (fish in rice balls is great I'll blog about it they are easy to make). Now our potato fish balls are dead simple you take one of the frozen fish chunks and a handful of cold mashed potato which you have stirred some Tomato Ketchup and you wrap the potato in a circle around the fish. BB loves this as he says it is like play-doh. I then roll them in breadcrumbs and gently fry them for just a couple of minutes to give some colour before putting them into the oven to bake. I tend to do them at gas mark 4 for 10-15 minutes, just to make sure that they are cooked.

I guess I will buying more frozen fish to keep in my freezer for last minute fish dishes!
Main Meal