- March 01, 2014
I've got a new toy to play with this week, I've just taken delivery of a Morphy Richards intellisteam compact, (look out for my review and giveaway in the next couple of weeks) and so I'm planning a lot of steamed meals this week... it's a throw back to when I was first married! 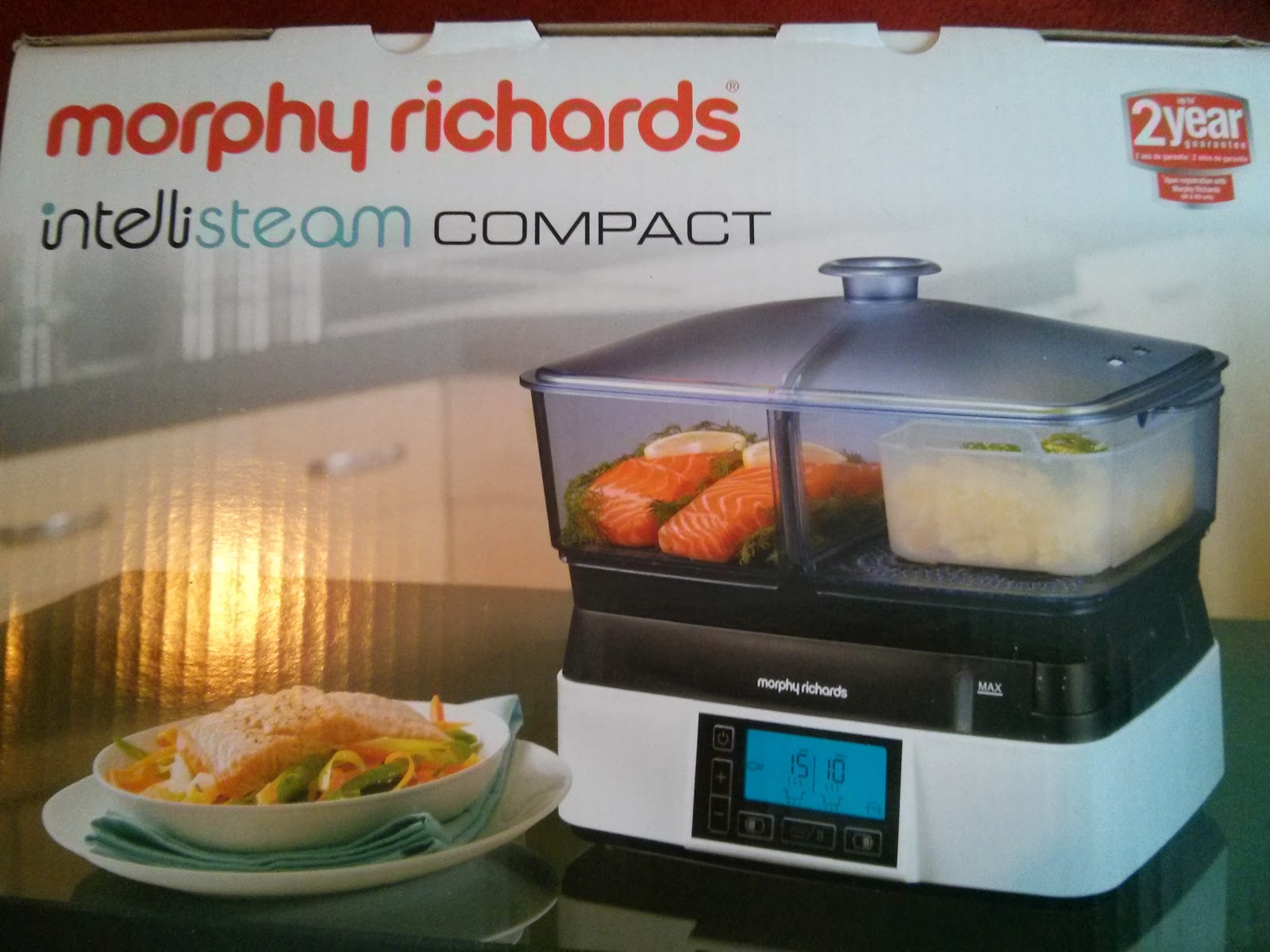 
I read the suggested meals in the booklet accompanying the Morphy Richards Intellisteam Compact out to Daddy and he decided that this is what he would like the best out of all the suggestions. Luckily for him I agreed!

Don't tell the children though, as they're having chicken and noodles as I figured it was easier than getting them to eat curry twice in one week!


It's going to be a much welcomed return to the sausage roast. I'm looking forward to the gluten free Yorkshire Puddings (I need to get that recipe up on the blog soon) and I must remember to get Daddy to make this a little late as my good news tomorrow may take some time!


Top Ender and Big Boy love Macaroni Cheese, just not my version. So I thought I'd really annoy them by throwing in some cauliflower too this time. I'll post a recipe later this week.


Daddy brought me some Prawns from M&S the other day, technically they were his but I got to them first! They made me really happy so I decided to have them again today with coucous as Daddy can't eat it and he isn't here tonight! The only down side to this, is this afternoon BB and I are back at the hospital with an bit of further training to do with BB's insulin pump so we might be eating later than normal and the temptation to give into a takeaway will be higher!


Top Ender decided today that we needed to have Gnocci for dinner this week, apparently BB and Tops have been talking about our last couple of times having had it and have decided they don't like a tomato bake but do like it with butter and herbs. I have to admit that they are right, it did taste better with just the butter and the herbs. I thought I'd serve it with an Alfredo or carbonara sauce, but I'll let the children decide.


I've been craving broccoli rice for a few days, it's been on my mind since I dreamt about it (I have no idea why either) and I thought it would go well with the Salmon, which we're having because I was talking to myself about the benefits I've got from blogging and my family eating more fish was one of them.


Daddy found some gluten free crumbed Chicken in M&S the other day and so we decided to have it tonight, when he gets home from work. I'm teaming it with green beans, creamy mashed potato and carrots.
Food Main Meal Meal Plan