- March 09, 2014
A couple of weeks ago I was asked if I'd like to try out a reward system for children that is based around currency. The idea is that the Mumbucks are earned for good behaviour (which you pick either as a family or as the supreme leader of your household), saved for special treats (the children have decided McDonalds, video games and theme parks count here) or traded for extra time on the consoles or TV time etc. I thought this sounded like a great idea and agreed to a review and giveaway!

We don't really have a problem with misbehaviour in our household, but I thought that this system would be fun and an added encouragement to the children to carry out the small amount of chores that they are currently tasked with. 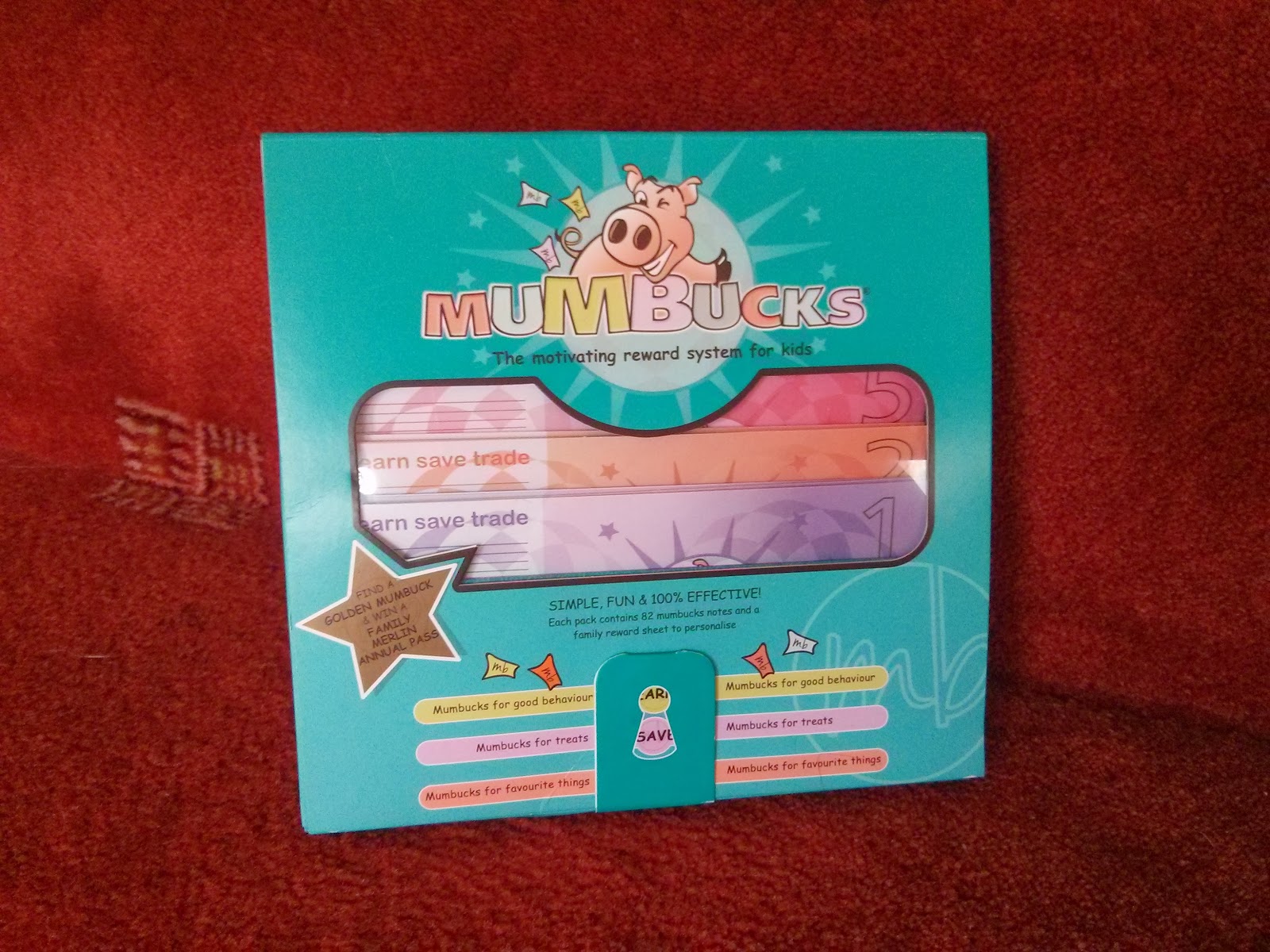 As soon as Big Boy saw the packet, he was asking questions about what it was and after reading the packet and the leaflet he was eager to get this system in place in our home. We waited until Daddy was home though, so that we could all work together to agree what the rewards would be and what our expectations were in order to earn the Mumbucks.

We were discussing small things like taking things up that were on the stairs, when Big Boy excused himself. We thought he had gone to the toilet, but when he reappeared a few minutes later he declared that he had been and taken everything that was on the stairs up to the relevant bedrooms and whilst he was there had made our beds for us, so could he please have his Mumbucks now.

The reward system is working well, Top Ender is saving her Mumbucks up to swap for a special treat in the future (or possibly cash) and Big Boy is saving his to trade for extra time on the consoles on School nights. Our family is working even better than ever, and we're loving that!

If you'd like to win a pack of Mumbucks for your family, simply follow the instructions in the widget below!

If you have any other tips, for a well running family, let me know in the comments too!

We were given a pack to review.
Chores Family Life Review