Trying To Be Healthy #Review

- March 25, 2014
Anyone who has read my Twitter or Facebook, or even this here blog for longer than five minutes knows that I'm fat. It's okay, I get to say it because it's true. You however, don't get to call me fat.

I try to be healthy. I'm not pretending that I know everything, I'm not pretending that I'm perfect. Yes, we eat 50/50 bread, but at least it isn't white. I drink Skimmed Milk, I drink fizzy pop (but not as much as I used to and my children don't), I drink water or squash (mainly water and it's the same for the children) and I try to make sure we have at least five portions of fruit and vegetables a day and it's normally closer to ten. I don't drink Alcohol (it's a Mormon thing), I try to exercise as often as I can (even if it does make me look stupid) and for at least 90 minutes a day and I do it all with a smile on my face. Apart from in this one picture below where I look like I've had an "accident". 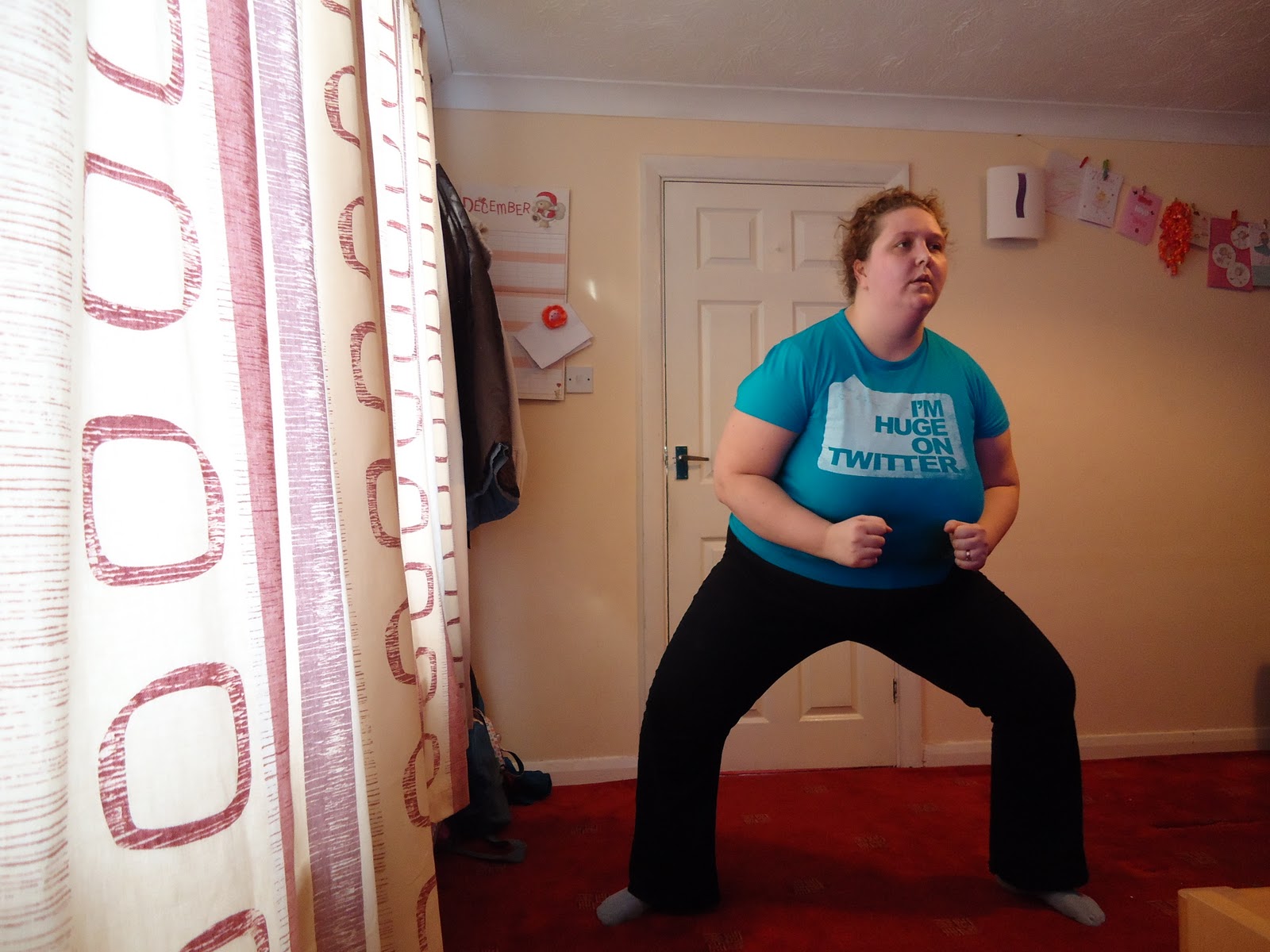 Maybe they should have used a sledge hammer.

As part of our healthy living plan I like to get the children drinking things which are healthy, or rather things which are not unhealthy! We don't drink shop brought smoothies all that often (too much sugar), they don't drink carbonated drinks (I'm addicted so I don't want them to be) and if they drink fruit juices then it's diluted down, as BB has already had to have teeth removed (although I think that was Diabetes related). When some samples of Vita Coco Kids arrived, I thought that the kids were going to refuse to drink it. 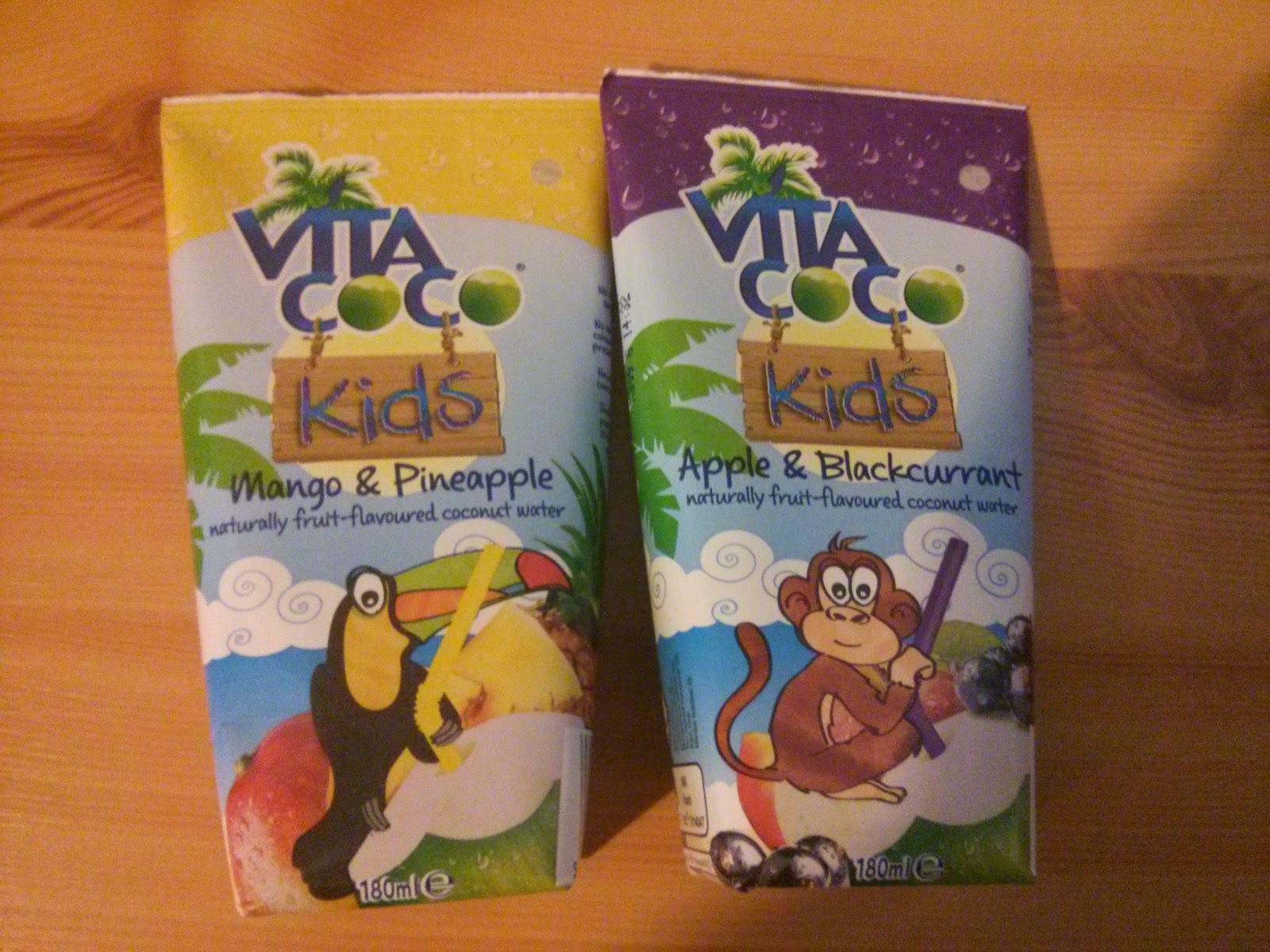 They've had coconut water before and decided that it tasted rather foul (they said it tasted like babies vomit), so after a particularly long walk (well it was coming home from School the long way) I thought I'd risk giving it to them. After all they needed to be rehydrated and it does say on the packet that it's good at that!

The little sods angels drank it. 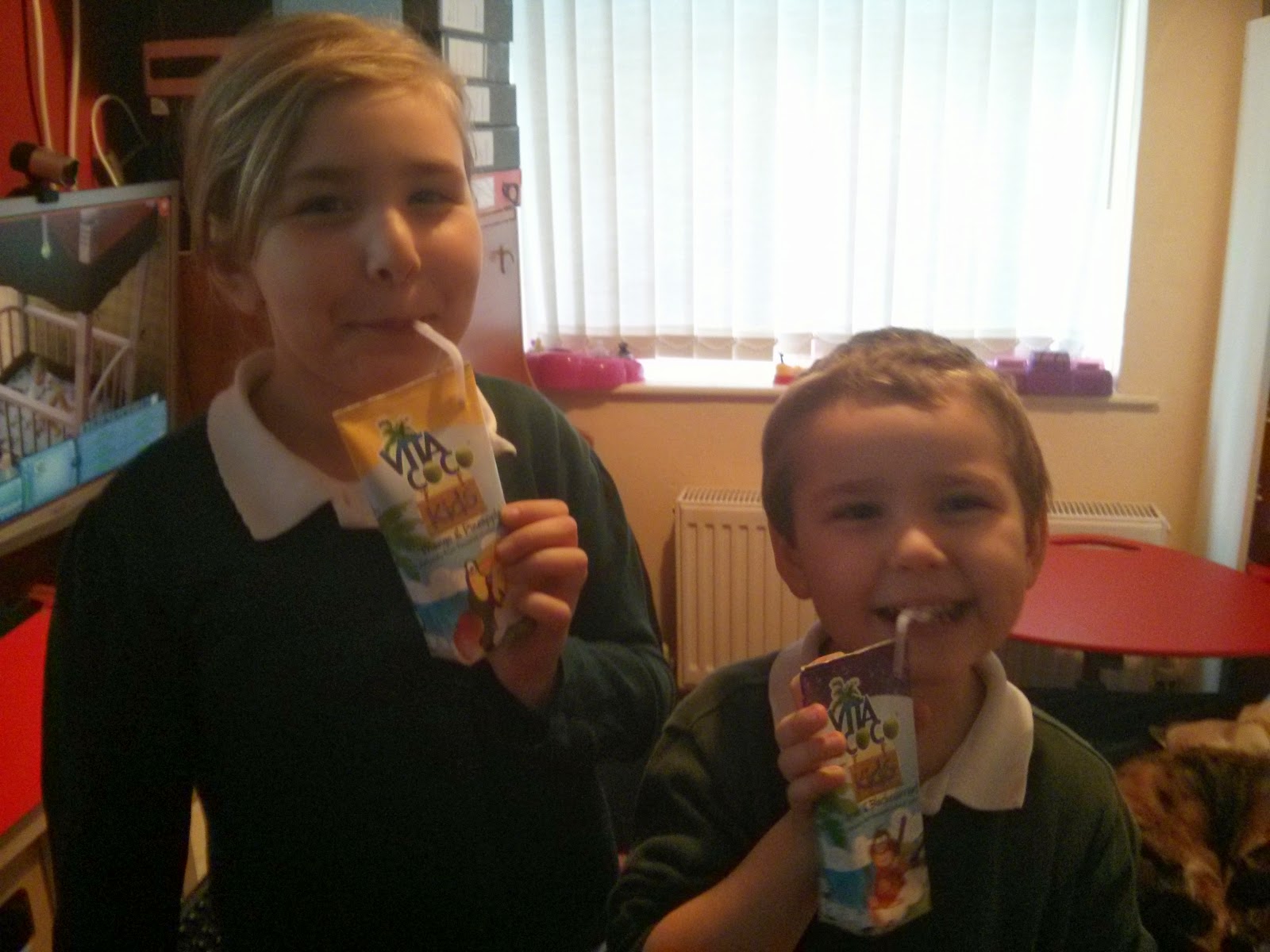 I mean seriously, how am I supposed to keep up with these two when they change their minds on what they do and don't like every two minutes?!

If you'd like to know more about the drinks, then take a look at the website but my two say that you should at least try something new as you might find out that you like it and that it's available in Waitrose, Sainsbury's, Amazon now, it will be available at the end of March in Holland and Barrett and in Tesco and Yo Sushi from the end of April.

I was sent some juice to review. The straws were weird as they bent in two places.
Drinks Review