Self-Esteem And The Role Of You Over Social Media

Despite what my Mother might tell you, this doesn't mean I took to wearing all black (I have a white T-shirt on!), putting on heavier eyeliner than the stars of Black Swan and generally being the worst person to be around in the history of the world. Instead I pretended to be a Teenage Girl in the world of today.

Why? Well, last week Dove shared with me some research they have done as part of their Self-Esteem project, which was started back in 2004. The idea was that the project would help young girls raise their self-esteem and realise their full potential, help them to increase their body confidence and they have partnered with other groups to help reach more girls across the world. 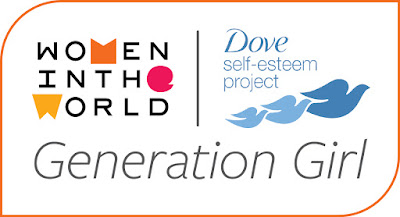 And it's working. Mothers, Daughters, Sister, Grandmas any female in any shape size or form can access the resources that Dove have developed at www.selfesteem.dove.co.uk and after having had a nosey through, there is a lot there that could help you have a conversation with your daughter or another loved one.

Back to me being a Teenage Girl. The research that they shared with me showed that teenage girls are seeking validation using Social Media. The more likes they get on a photograph the better they feel about themselves.

This of course has the flip side. If a photograph is posted and has no interactions or likes the girl who posted it feels worse about herself. Now not only does she think she is ugly, but all her friends and followers do too.

So the plan was to put myself through the exhaustive process young girls are putting themselves through to get validation and I wanted to prove that the only like that should matter is their own!

I'm sure you want to know how I got on. Well, the first thing I realised was, I am actually already leading a life pretty similar to a teenage girl. I instagram several times a day, I have Facebook, Whatsapp and Twitter open almost all day. I pose my photos. I check my hair and teeth, I check the background, and I may realign my salad leaves...

At 11am I was replying to an email about the challenge. I was actually mentally exhausted. I'd been checking in on Facebook and Twitter and Instagram for likes and comments that I could reply to, giving myself an hour between checking (I thought about a School schedule and when girls would be able to check their phone) and no matter what I was doing I would stop and check every hour, which soon became half hourly and then quarter hourly.

I was becoming obsessed!

I'd been liking other people’s images and status updates in a quid pro quo arrangement. I had several conversations going with groups of friends on Whatsapp, I even joined SnapChat! Turns out when I say I've got Social Media open all day what I mean is very different to what it means for 50% of girls asked who say that they are using social media all the time.

Then there are the scary statistics, like the average number of likes on a photograph for a teenage girl in the UK is 24, with girls reporting they would like 5 times this number to feel validated. So I set 24 likes as my target. I got 29 on my most liked photograph (a picture of my Salad) and 15 on my least liked photograph (bottles of water).

As soon as the picture of my Salad hit 24 likes I was seriously over the moon. I was excited, I did a mini fistpump, and then I thought about what I could post next to get me 120 likes and what hashtags I could add to my existing photographs to get the likes higher.

With the picture of the water only getting 15 likes, I was deflated, I was crushed actually and I started thinking desperate thoughts about what I could do to up my likes. One of my friends gets hundreds of likes on her photographs and I may have complained slightly bitterly about how it was so unfair because she is skinny and beautiful and why couldn't I be skinny and beautiful...

I was falling into the trap that so many of our young girls are falling into. Nearly half of the girls said that using social networks could make them feel worse about their appearance. That girls often don't want to have their picture taken or posted on Social Media because they do not feel comfortable in their own skin.


Now, this next picture I preened and primped myself for 12 minutes before taking a so called candid shot. I actually took nine photos before I was able to pick one I was happy with. Why? Not only do girls spend on average 12 minutes preparing for a photo to be taken, but they take multiple shots before picking the one they think makes them look best.


So what can you and I do? How can we help our daughters, our nieces, our children with developing a healthy self-esteem, so that they don't need to rely on the likes on Social Media to feel good about themselves? It's simple. Access the resources that Dove have developed at www.selfesteem.dove.co.uk, there are plenty of conversation starters and all the information you could need.

You could even post your own photograph using the hashtag #NoLikesNeeded.

Just talk to them okay?! 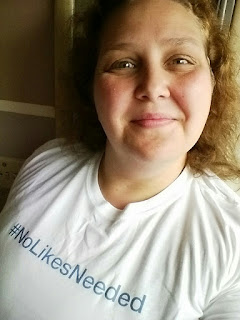 I am a member of the Mumsnet Bloggers Network Research Panel, a group of parent bloggers who have volunteered to review products, services, events and brands for Mumsnet. I have not paid for the product or to attend an event. I have editorial control and retain full editorial integrity.

I have received a voucher as a token of thanks for this post, Top Ender has nabbed it and is buying a Fitbit Charge HR with it because I promised her she could!
Family Life Sponsored Post Weight And Fitness