What We Are Eating This Week W/C 10th Oct

- October 10, 2015
This past week has flown by, now I just need to get the rest of the month and next month to do the same and it'll be Christmas and I'll be as happy as a clam at high water. Are Clams happy? I don't suppose they'd be that happy if they were on the Menu this week! 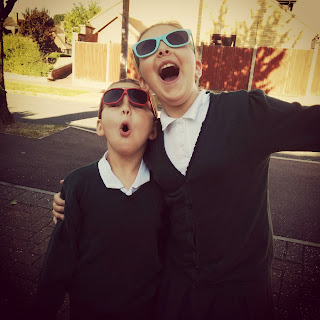 Saturday - Chicken Curry for the Adults


I don't know about you, but for us we'll go off certain foods if we have them too often. The problem is when Curry tastes as good as the ones we make in the Steamer, we fancy it for a few weeks... then of course we get sick of them and we end up not having it for ages, which means we crave it for a few weeks and then we get sick of them and... I don't need to go on do I?

Pizza Challenge for the Children


Top Ender and Big Boy are constantly watching videos where the aim is to out gross each other. Okay, maybe it isn't really but the amount of time that the children spend making retching noises when they watch these videos is enough to make me think that this is the point!

Anyway, Big Boy has asked if he and Top Ender can do their own Pizza Challenge tonight. I'm going to buy some really lovely pizza ingredients, some really odd ones and some which are just downright disgusting! I'll link to BB's video as soon as it is live!


We have Daddy's Mum aka Nanny over to share a meal with us today. Like Daddy she is Coeliac and so as normal all our food will be free from gluten and wheat. Daddy has already said that he will make his Gluten Free Yorkshire Puddings, plenty of Roasts potatoes, a couple of different Veg and because I was a good girl and remembered to check the Big M&S for the gluten free stuffing our freezer is almost full of the stuff so we'll have some of that too!

I think that we might be able to eke out enough apples from the tree in the back garden to make a Crumble for pudding too.


The Children and were going to go with Beans on Toast for our meal tonight because it was honestly the only thing I could think of that was Meatless that we hadn't had for a while. Then I remembered that Daddy was home tonight too and so Beans on Toast just wouldn't do, mainly because the last time I made gluten free bread it was so crumbly it was more use for feeding tiny birds than my lovely husband.

I've decided today that we're going to make either Twice Baked Jacket Potatoes or just ordinary potatoes. It all depends on Daddy!


New Potatoes, some kind of veg and fish cakes for our meal tonight. I don't think that Daddy will join us however as he really isn't keen on Fish. Luckily we have lots of things in the fridge and freezer which are perfect for him to pick at and so I expect he'll make himself something when he is in from work.

I should also point out that he actually might not be home tonight, so in that case he'll probably grab a cheeky Nando's!

Wednesday - Meal Out with my Mum


I have no idea where we will be eating, but I'm putting my foot down and saying NO JUNK FOOD!

Thursday - Beans on Toast with an Egg on Top


After having thought about it for our evening meal on Monday and not being able to have it I now really fancy it and so I've decided that as Big Boy did his Cooking badge at Beavers last week and made Beans on Toast with a mousse for pudding that he can make our meal tonight too.

Friday - Sausage and Mash (For The Children)


Big Boy and Top Ender tried a Mustard Mash the other week and loved it, so they have it again tonight along with Sausages in Onion Gravy.

It depends on how hungry when Daddy gets it before we work out what we're having, but it will probably be the same thing!
Food Main Meal Meal Plan