We had plans to go to the Campsite that we went to last year and do a little bit of easy outdoor living again. You know, playing in the woods, hanging out at the tent, occasional trips to the beach and maybe a visit or two to local attractions. And then we changed our mind and decided to go to Norfolk and do almost the same thing. And then due to my Uterus hating me we decided to not go.

The Children were wonderful about it (I think it was the realisation that we have WiFi at home that swung it!), but we still thought we should set up the smaller pup tents and have a couple of days just hanging out in the garden, eating picnic meals and getting away from all the chores and the usual things that we do during the day. 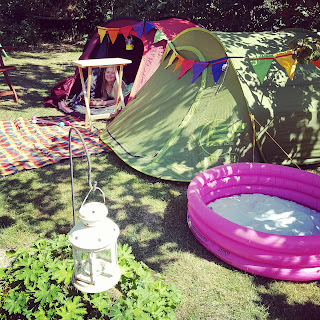 We weren't planning on sleeping out in the Tents, but Top Ender decided she wanted to. I think after having camped for the last three weeks she was missing not sleeping under canvas! She did mention as she ate her breakfast outside her tent this morning that she was sure she had had the best night sleep that she had had since the start of the Summer.

I don't think I could say the same thing... 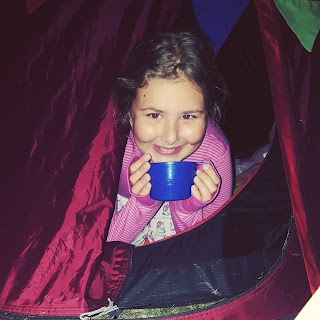 It was decided that I would camp out with her, for safety reasons and of course for company. Then Dan Jon Jr decided that he would keep me company and Flyfour decided that he'd stay in the house in an actual bed, because he is sensible.

Dan Jon and I shared a tent, to make the overnight blood tests easier and because we only have two pup tents. We had several conversations during the night, none of which he remembers this morning! 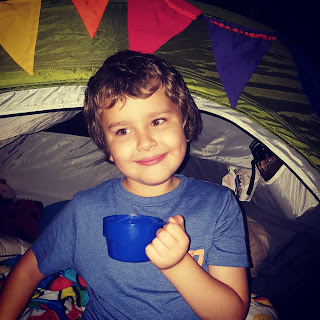 The Children and I didn't go to bed straight away, but sat out in the garden under blankets doing various activities. I was knitting, Dan Jon Jr was watching some YouTube videos and Top Ender was reading. It was nice sitting together in the dark and Dan Jon loved looking at the Stars, which luckily thanks to it being a clear night were plentiful. 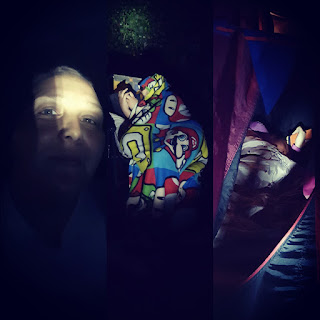 As well as looking at the Stars, we took great delight in watching the moon as it slowly climbed higher over the fence and up through the branches of the Pear Tree, whilst sipping our Hot Chocolate and nibbling on Malted Milk Biscuits. 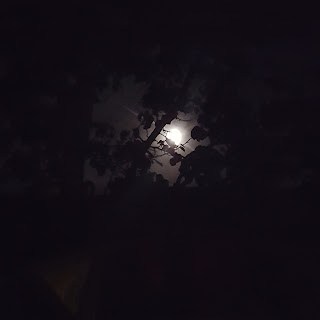 I'm not sure if we're going to be camping again tonight, but I do know that we are spending the day out here in the garden just enjoying some free time and each other's company.

And so our Camping Holiday may turn out to be our best one yet.
Camping Family Life