Summer Fun At The Beach! #Review

- August 15, 2016
One of the things that the Children and I like to do every Summer is get away to the Beach. The problem is after an hour or so of building Sandcastles and eating our picnic the Children are a little bored... and to be honest driving two hours or so to the Beach for just a couple of hours seems a little much. 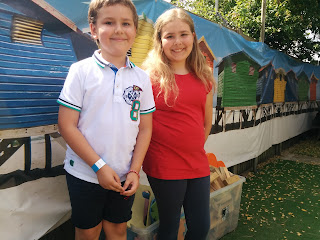 Which is why we love that every Summer our local Frosts Garden Centre has a Beach in it's grounds. It only takes us twenty minutes to get to and better than that, if you book a lunchtime slot you get lunch included in the ticket price!


Well, the Children do. 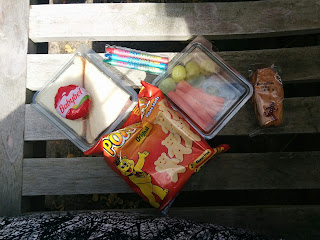 I could have purchased a lunch for myself from the Garden Centre Restaurant (and haven eaten there before I can confirm there are plenty of tasty options), but decided to just eat the cereal bar in my bag and grab something from home later.

We always love the Beach because the Lifeguards (well the helpers in lifeguard T-Shirts to make it seem more like a real Beach) tell stories, and run the Carousel and are generally just great fun to be around. This year as the Children were admitted to the Beach area and given their wristbands, they were checking ages. I guess it was so they could tailor the experience a little more to the age of the majority of the visitors. 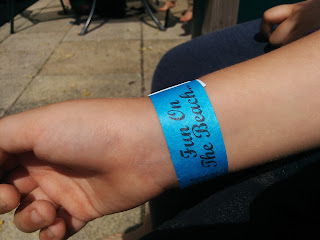 Top Ender at 12 was the oldest (by a few years) and Dan Jon Jr at 8 was one of four or five children at the same age and were the oldest (other than Tops of course). It was okay though, Top Ender and Dan Jon Jr having been to the Beach before knew what they wanted to do and knew that they were going to play together building Sandcastles.

Top Ender and I chatted during one of the Carousel rides. Tops was feeling a bit conspicuous being the oldest and even though she had been made an unofficial helper (and was allowed to help work the Carousel), she agreed this is probably the last year she'll want to go. 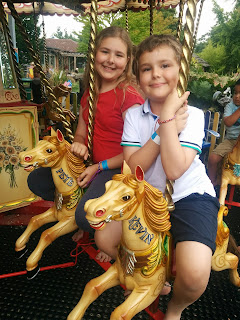 Dan Jon Jr eventally took part in the games that the helpers had organised and really enjoyed himself. He was jumping around and giggling and just having a ball with the other Children and the lifeguards. It was actually really lovely seeing him enjoying himself and being so relaxed.

If you're looking for something for you and the Children to do, book some tickets or get to one of the free events at your local Frosts.

We were given the tickets in exchange for this review.
Family Life Paid Day Out Review Seaside Summer