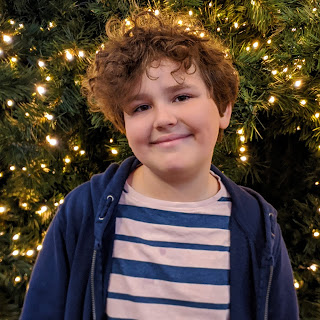 A Deacon is a term for boys or men who have just received the Priesthood within The Church of Jesus Christ of Latter-day Saints. Our Bishop will stand and say that he has interviewed Dan Jon and has found him worthy to be ordained with the Aaronic Priesthood, to the position of Deacon, (there will be a few other young men in the same position, as they will all turn 12 this year), and then the ward will raise their hands to sustain Dan Jon (and the other young men).

The time Dan Jon will spend as a Deacon (two years) is a time where he'll learn more about his faith, both through giving service and being taught (by me and his leaders) and means that at some point in the next few weeks, Dan Jon will pass the Sacrament to the congregation.


It's a big moment and for the last few weeks, Dan Jon and I have talked plenty about what changes will happen (such as going to Youth on a Tuesday night, going to Sunday School lessons instead of Primary) and also what it means to have the Priesthood.

I'll admit that it's all a bit new to me, as it's one aspect I haven't properly studied and so as Dan Jon and I have read, studied and learnt together I've been relying heavily on the Spirit to use the right phrases and analogies to ensure that he and I understood the importance and gravity of what is happening.

As we drove to Dan Jon's interview with Bishop, Dan Jon fiddling with his slightly too-tight tie and me trying to remember the way to Bishop's home in the dark, we talked a little about the whole process again and I remember saying something like;

"When you have the Priesthood, you can serve everyone apart from yourself. It's not for you, it's for everyone else.".

Which, I think must have been the clumsiest explanation anyone has ever given and Dan Jon went a little quiet afterwards.

Bishop gave me the option of being in the room whilst Dan Jon was interviewed, but I decided to let Dan Jon go alone. I figured he'd be able to speak more freely without me in the room and this next stage of his life is something that I can support him in, but this is about Dan Jon taking his next steps not me. After his interview, Bishop asked to speak to me quickly. Bishop wanted to let me know that Dan Jon had given some insightful answers, that he was a thoughtful and considerate and I should be proud of him (which of course I am).

On the drive home, Dan Jon commented he understood what I had meant now. When I had said that the Priesthood "isn't for you" he thought I meant that he wasn't ready for the Priesthood, that he wasn't going to get it and I had upset him a little. However, Bishop had come to the rescue, without even knowing it with an analogy he gave Dan Jon about the Priesthood. 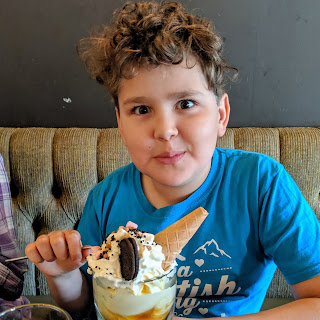 Dan Jon got what I was saying now, the Priesthood he holds isn't for him to benefit from, it's for him to serve the members of our ward (congregation) and those around him in his family and at school.

Dan Jon is going to be a brilliant Deacon and I can't wait to learn more with him as he takes his next steps in faith.
Family Life Life Lessons life skills Religion Service