- January 01, 2020
Early in the morning of New Year's Eve, I was rudely awakened by the room spinning.

Later I thought it incredibly ironic, that my word for 2019 was Balance, and I was going to end the yar without any, but at the time enduring the room spinning, throwing up and feeling like I was about to fall off anything I was sitting on meant that I wasn't ready to do anything but call the Doctors to see if there was any chance they'd be able to squeeze me in.

Flyfour knew that something was wrong as I was crying, very wobbly on my feet and couldn't articulate anything, it was just too much for me. Flyfour had to tell the Doctor what was wrong, as I was too busy crying and he quickly jumped into action, checking in case I was having a Heart Attack or a Stroke. 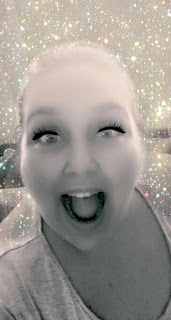 As an FYI, did you know dizziness was an indication of a Stroke or a Heart Attack? I didn't!

After a very thorough examination, the doctor confirmed that I had benign paroxysmal positional vertigo and after telling me I'd had it once before in 2013 (really? Neither Flyfour or I remember this) prescribed some medication that would stop me feeling like the world was spinning and at that moment in time what felt more important, the nausea.

However, the doctor had one request before I could leave the surgery and get the medication, I needed to do a quick pregnancy test. Yes, I knew when my last period was, but it was entirely possible I was in the very early stages and well you know how you get pregnant so I don't need to explain the details!

After peeing in a cup and handing it to a nurse, Flyfour and I sat in the waiting room, whilst she went and tested it. At this point I was still crying because of the spinning of the room, the effort it was taking to not throw up and to continue basic functions, like breathing.

The Nurse popped out of her little testing room, to say that she had to tell the Doctor the result and would be back with us in a moment of two and it was at this that Flyfour and I started to laugh at the absurdity of it all.

We knew I wasn't pregnant, but what if. What if I was pregnant? What if this was just really bad morning sickness? The way the nurse had gone off to tell the Doctor, without telling us, was just so bizarre and at that moment so funny to the both of us. Of course, the Nurse came back and confirmed that I wasn't pregnant, that I was free to go and to take the drugs that would hopefully make me feel better within a few days.