Flyfour and I love going for an evening walk. We get to be out in the err, dark starlight and see cats foxes and comment on the weather like true British people love to do and occasionally jump out the way as Robots come trundling down the hill intent on killing us whilst we were looking up at the sky to see if it is bats flying above us or some weird birds.

There have been a couple of issues though. 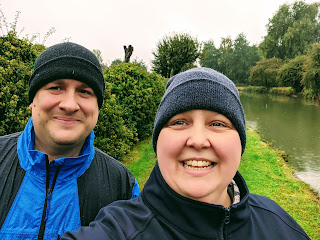 I've pulled a muscle in my calf, meaning that we had to take a week off from walking whilst it recovered (and then promptly overworked it meaning I was in even more pain and had to rest it again!).

Flyfour discovered a hole in his shoes, and then stepped in a puddle and had to walk home with damp toes. It did mean however that we got to buy him some really lush walking boots.

We've walked in rain and mist and even in some weird kind of combination of the two that meant when we got home we were soaking wet despite it not having been raining whilst we were out.

And then, there was last week.

Last week, not long before we got back home, we heard ringing. It was Flyfour's phone, which was in his pocket and was making a call out. Flyfour quickly stopped the phonecall (to an old colleague) and we carried on walking. We'd barely gone ten meters when we could hear the same ringing noise again and yes, sure enough, Flyfour was once again making a call!

We laughed and didn't think more of it.

Until Flyfour looked at his phone and realised he'd been sending a series of text messages to his old colleague too.

That moment of realisation that your phone was unlocked in your pocket... Sorry Frank! pic.twitter.com/ugRZn7Csy9

That was funny, but it was the next morning that had me really roaring with laughter. We thought that it was just Flyfour's old work colleague that his phone had decided to randomly call and text. 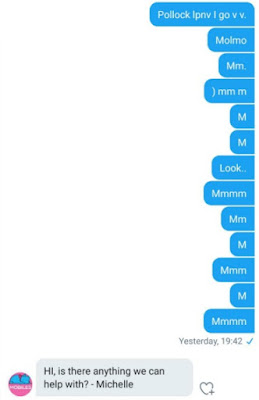 I've suggested Flyfour make sure his phone is locked when we next go for a walk, for the fear that if it's not I may wet myself laughing at the issues afterwards!
Family Life Health Hiking Hobby Walking Weight And Fitness