It may seem a bit odd that a Christ-centred Church has a Halloween party each year, but it's a great way for the ward (the parish) to come together and have a bit of fun and to invite those who live around the Church building to come and have some fun with us and for some find out a little about us too.

As a Church, we are all about family and this is most definitely a family event. Plus, we're normal people, we like having fun and we like sweets too! 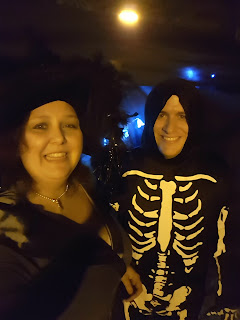 This year would have been the seventh year that we would have taken part by decorating our car boot, and I thought that it would be fun to look back, to give some ideas to others if they are faced with a dilemma over how to decorate their car boot as and remind me that we need to be thinking up an awesome idea for next year as whilst it's not confirmed I'm assuming this years event is cancelled.

In 2013, Flyfour wasn't able to come as he was working and we didn't really know what it was all about as it was the first year I'd been back at Chuch and didn't know if this was a big thing within our ward and the local area or not, but the children and I made some bits and pieces to give us a monster-sized spider web and a friendly spider hanging in our boot. 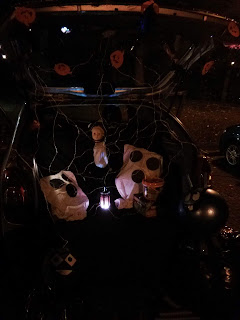 In 2014, Flyfour made sure he wasn't at work because of how enthusiastic we had been about the event he year before! We made the boot of the car into a cave and a bear lived in the back of the cave (aka the back seat of the car) and the bear would occasionally pop up and roar at the children getting sweets from the cave... you've guessed it Flyfour was the one in a bear onesie hiding in the back of the car! 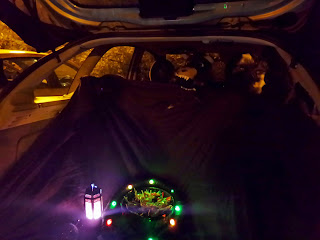 In 2015, we decided to stick with the Bear theme and this time Flyfour, was a bear who was in a cage and would roar at children who got too close. We actually won the Trunk N' Treat competition this year, which was really cool as we didn't know there was a competition! 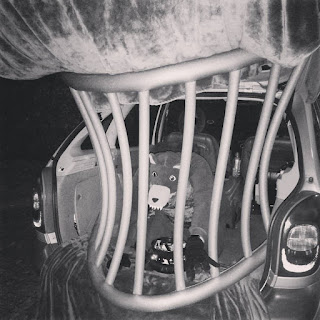 The only bad thing about this year as I remember it, was how we made the Bishop's son cry when he got a bit of a fright from Flyfour.
In 2016 we decided to really up our game. We created a haunted house using a pop-up marquee to extend our trunk. I think this was one of my favourite trunks because Flyfour hid in the haunted house all night and the children didn't know he was in there. As Flyfour doesn't attend church with the children and I (he is a different branch of Christianity) I think that most of the children forget that I have a husband and so don't expect him to be hiding... despite it happening every year! 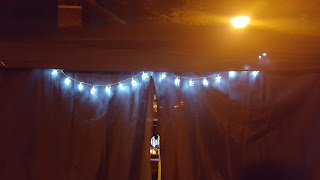 As far as they were concerned, it was just a "tent" with streamers and the like, and as they walked in, they missed Flyfour in his Skeleton costume until he jumped out on them! The best story happened that year, which you can read about in the Haunted House Trunk N Treat post I wrote back then! 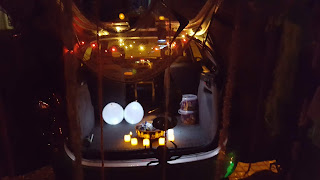 In 2017, we decided to do something a bit different and make use of some almost magic by having a Magic Mirror. I thought that everyone would click straight away that my husband was hidden in a box, but even those that did click loved the idea of asking a question to a magic mirror! 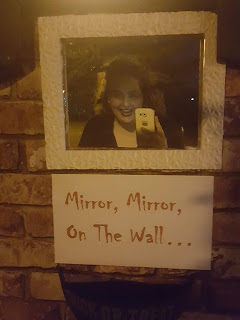 So, again, Flyfour spent most of the night hidden, only showing his face when the magic mirror was asked questions, he felt he needed to give someone some joking abuse or some encouragement. Two-way mirrors are great fun and again we won! 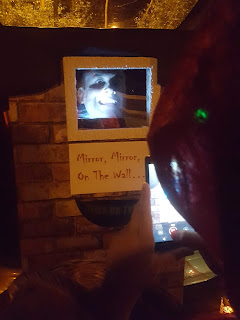 In 2018, we decided to travel to Monstropolis and had Boo's door available for all the monsters to scream through. What they again failed to realise was that behind the door was my husband and Boo... well a doll that my husband would thrust out into their screaming faces that would then turn into real screams! 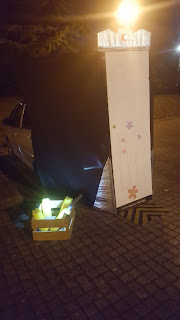 It was a huge surprise that we won again but, it honestly was a highlight of the night for a lot of the people who came to visit us, with many people the following year asking if we had something up our sleeve along the same lines and the hoodie that I turned into my Mike Wazowski costume is still my favourite hoodie!

In 2019, we decided to have another surprise, with my children telling everyone that their Dad hadn't been able to come (despite him having been seen earlier in the evening, but again everyone forgets who I'm married to!). 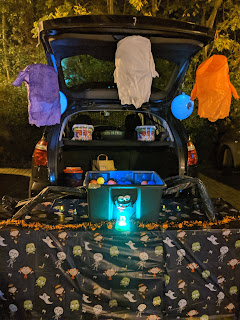 In reality, Flyfour was under the table that we set up in front of our car boot. We had, very expertly, cut a hole into the table and the box which was placed on top so that from above the table and the box looked "normal" and the balls that filled the box fid the hole. We then told a few of the older children that we had hidden some full-sized bars of chocolate at the bottom of the box and thanks to some rather clever slight of hand, I was able to put my hand in the box rummage around and pull a bar out from my sleeve! This had the desired effect and they then told everyone else that we had full-sized bars of chocolate in the bottom of the box.
Of course as soon as anyone put their hand in the box and rummaged around, Flyfour was then able to grab the arm of those who were searching in the box for sweets! 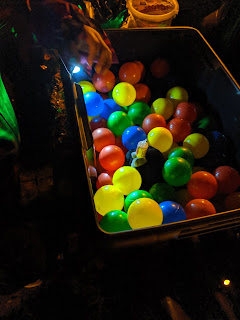 It was hilarious and I've never seen so many adults wary to put their hand into a box because they didn't know what was going to happen and because they knew that Flyfour and I are normally up to something sneaky at Halloween!
This year we were going all out... but I guess that it'll have to wait until next year who knows maybe we'll change it to something even better in the next eleven months!
Family Life Halloween