The Doctor is my friend 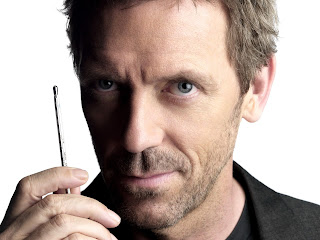 Nobody knew that I was going, I didn't tweet, I didn't status update on Facebook and I only told Daddy because he had to drop me off there (I had the car that morning and he needed it earlier than expected or I wouldn't of told him at all!). When I walked into see him I launched straight into my rehearsed speech;

"I'm overweight. I know I am overweight and for the past six weeks I have been making a really concerted effort to lose weight. The problem is that in those six weeks I have lost six pounds (two kilograms) and this week looks as if I have put them all back on."

The Doctor looked at me and I could see that he was trying to get the measure of me, was I being serious about weight loss or was I just saying I was because I wanted a short term fix? He asked me to jump on the scales (I had put on 2lbs, but I was also dressed that counts for something right?) and then started quizzing me on what I ate and what I did exercise wise.

I pulled out my food diary and my exercise diary and was able to answer all his questions. He looked genuinely surprised that I was taking this serious.

"Well six weeks is actually a very short amount of time as you aren't really on a diet, you are learning to eat more healthily. I also think that you might of in the past learnt not to listen when your body tells you that you are full." he said
"Yes, I was aware of that, which is why I have been checking portion sizes" I said
"There is one other thing that I would point out, you are still taking in too many calories." he said
"I was told that if you were a larger size that you needed more calories" I said
"No! That is not true at all. Lets cut you down to 1500 a day. And if in six weeks you still aren't losing weight then you can cut it down by a another 100 or 200 for a couple of weeks."
"Okay" I said
"Nothing too drastic or you'll be in serious trouble" he said
"I promise" I said
"You have the exercise part exactly right, keep going as you are" he said
"Okay" I said feeling very pleased I had one bit right

He said that he could offer me Xenical (orlistat) or Reductil (sibutramine), when I came back in three or four months time and a further three to four months after that if I still was having trouble losing weight that bariatric surgery would be the only answer.

"I don't want to have gastric banding or a gastric bypass" I said to a surprised looking Doctor
"Gastric Banding isn't that drastic an option and sometimes it is the only choice" he said
"I know, it just isn't for me." I reiterated

So with further advice about some tweaks to my diet to make it a low GI Diet I was sent off to return at the start of next year.

So my plans for this week are;

Breakfast: Bowl of Bran Flakes with semi-skimmed Milk and a slice of toast with marmalade and a small glass of Orange juice.

Lunch: Sandwich with fruit or left overs from the night before.

Monday: Spicy Turkey and Long Grain rice with Broccoli, onions and Red Peppers
Tuesday: Its my anniversary so I don't know what it is as Daddy is cooking!
Wednesday: Lasagna (smuggled veggies!)
Thursday: Left over Lasagna (as it always tastes better on the second day!)
Friday: Pizza
Saturday: I am having my wisdom teeth out so Meal replacement drinks!
Sunday: Depending on my mouth meal replacement drinks or Chicken Kebabs and rice

Snacks this week will be sliced apples, peppers and onion salad and mixed bean salad as these are both good low GI foods!